Nice! The best thing is that there’s no SO2, which is the biggest problem we have. Though, the temperature is a bit low. You’d have to be directly under the sun for tolerable temperatures, but since the planet’s tidally locked, you’d probably have to deal with winds upwards of 500 miles an hour. The best spot would definitely be the eye of the storm. The winds would be very low there, and the temperature would be higher.
Top
JKerman

The SE 0.9.8.0 terra's are famous for being basically unbreathable because of the overabundant sulphur dioxide, even if we ignore all other atmospheric gasses.
Futurum Fusionem
Top
Stellarator

Thanks, Gnargenox, that's good info to have as reference.  In addition there are non-thermal (photo-chemical) ways of removing SO2 from atmospheres, so yeah I think in general the concentrations we find on planets should realistically be much lower. 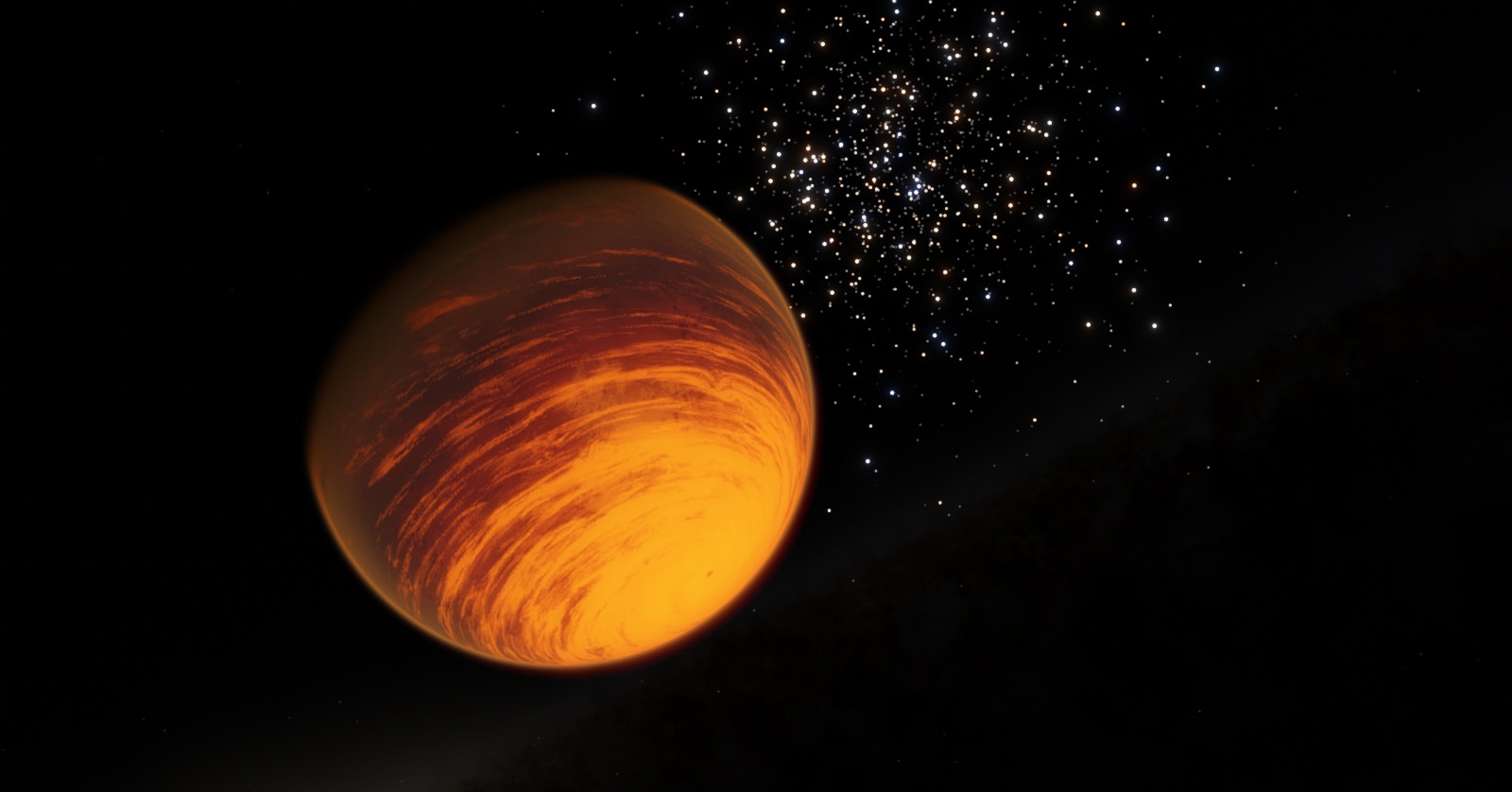 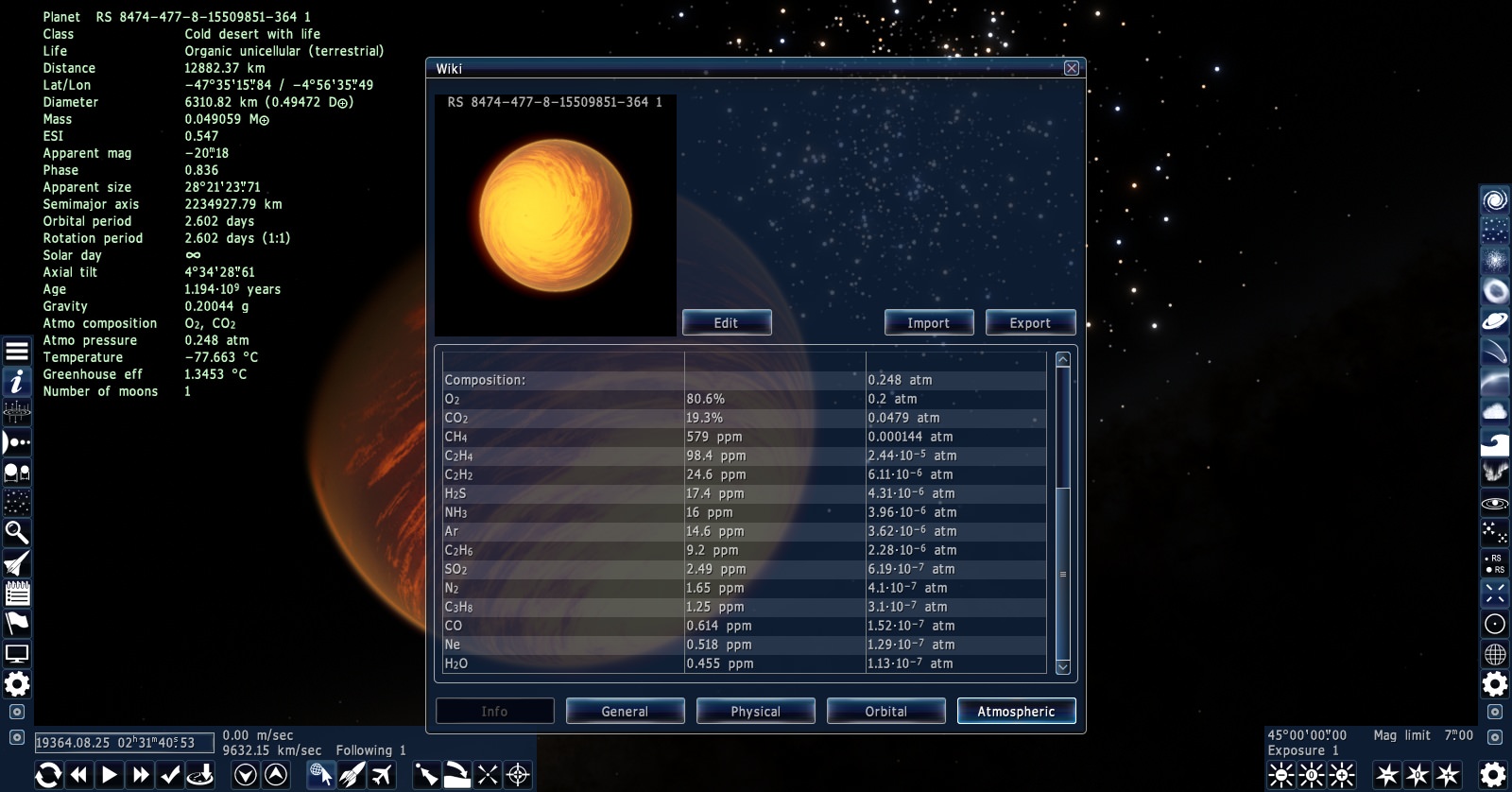 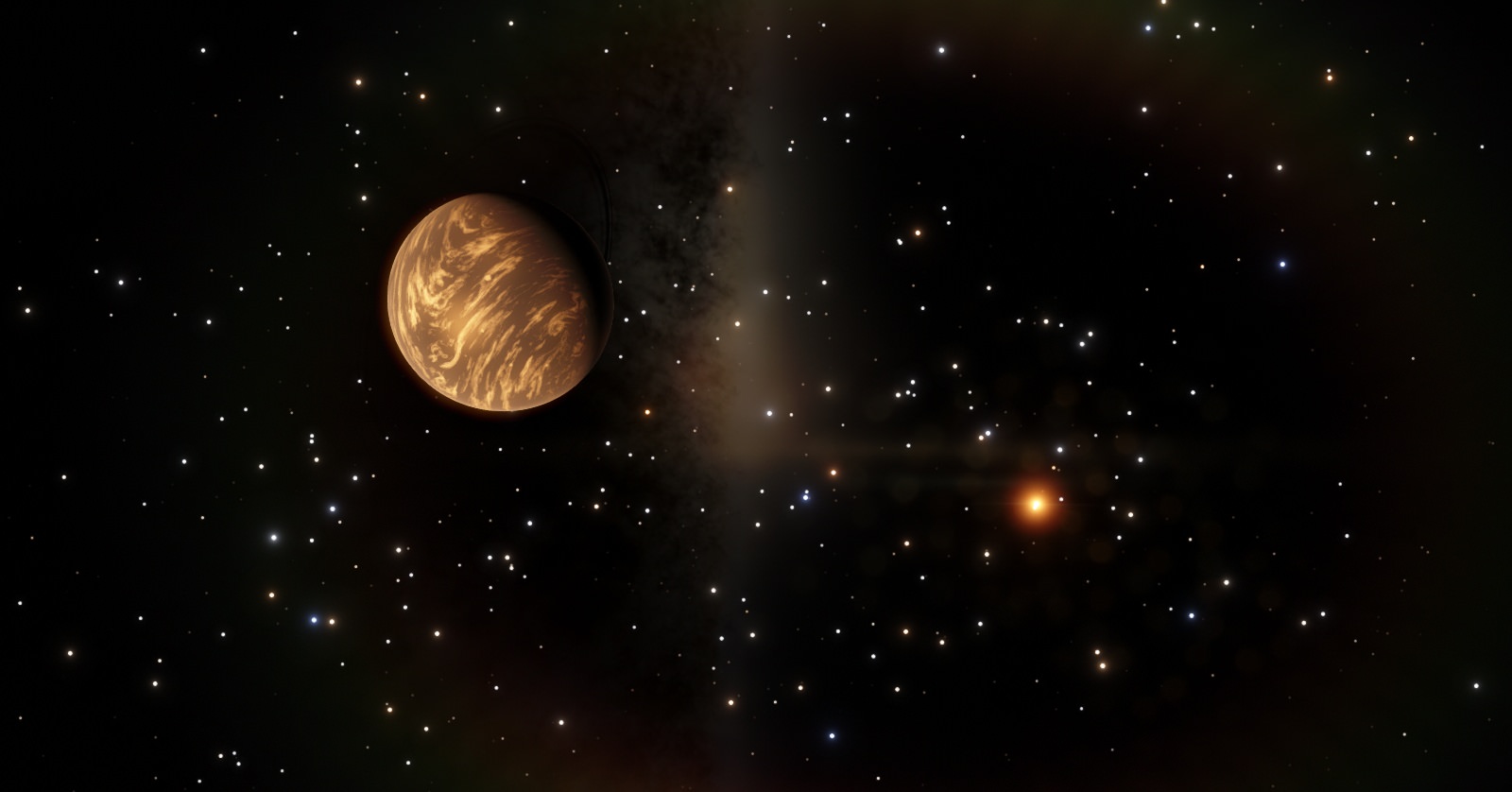 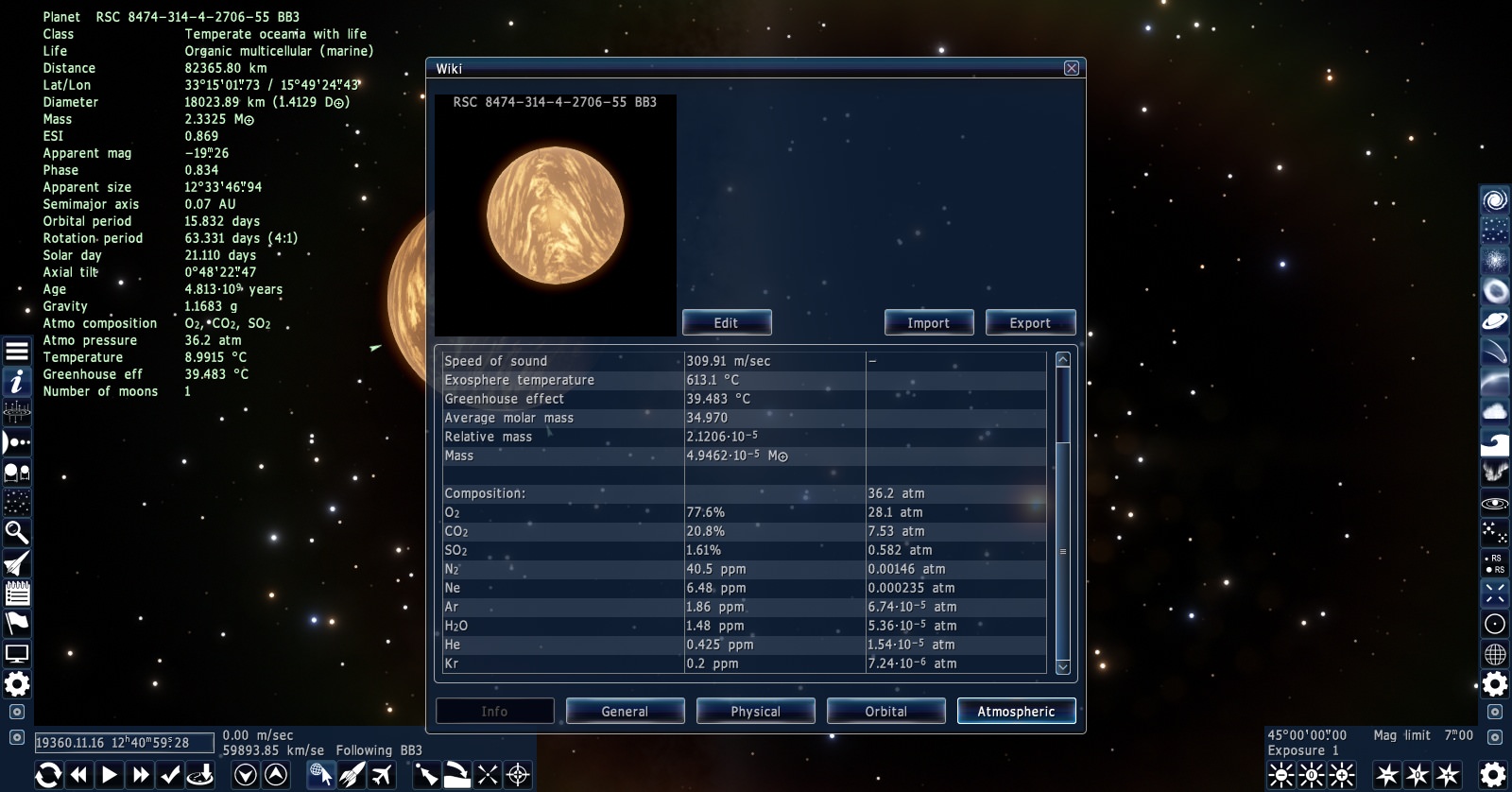 Out of curiosity, has anyone ever located a titan or an ice world with an atmosphere that might be breathable?
Top
An'shur

https://ibb.co/mjv55L
As in all planets... the problem is the temperature and the co2 its a bit high but you can survive by very long periods of time on the planet breathing freely
Top
DeMooniC

Is possible to find gas giants with breathable atmosphere to humans like Bespin from Star Wars, If gas giant is breathable then it would to build cloud cities
Top
Betelgeuze

Probably not - though it is possible with gas-giants that orbit in a habitable zone of it's star, provided that it has some O2 content in it's high atmosphere. Needless to say, O2 doesn't occur naturally in jovian atmospheres. A much more realistic open-air cloud city could be in the high atmosphere of a Venusian or super-earth planet, usually in the stratosphere (at about 70 km in this picture): 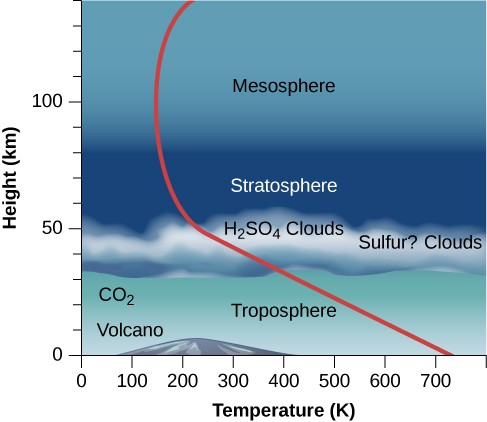 However, open-air wouldn't be a good idea in any atmosphere for any floating-city, since malfunction could be disastrous. These cities would either hang from orbital-anchors or be buoyed on the denser atmosphere of the planet by compartments filled with lighter gases (like helium, or even oxygen as with the atmosphere of Venus - though that isn't recommended as the sole source of buoyancy).
Futurum Fusionem
Top
Stellarator

I've heard of cloud city possibilities for a planet like Venus though.
Top
A-L-E-X

I kind of question why anyone would want to live in a cloud city on Venus, to be honest.  The typically described range of altitudes for having them lies within layers of haze, so there would not be much to look at.  I feel the novelty would wear off pretty fast.

Gravity is fine on Venus.  Temperature is also fine at the altitude with reasonable pressure.  Cabin fever, however, might become a serious problem for the inhabitants.  But it's still likely healthier to live on Venus than Mars.
NIL DIFFICILE VOLENTI
Top
midtskogen

It's also very possible you could catch a nasty poop bug and die, cooped up in a sardine can.