A-L-E-X wrote:
Well, it definitely won't be with the sound card.  I went into sound settings and found that no input was coming from the mic which is attached to my sound card.  Turns out when "What U Hear" is turned on to record the SE sound track, the mic is automatically turned off.  When I turned the mic on to record sound from it (and it worked during the mic test), the What U Hear slider in OBS automatically turns off.  So the two cannot record simultaneously.  I will try with Line In and Mic In on the onboard audio, but it doesn't look very good because first I can't even find the options for it on Desktop Audio, maybe they automatically disable when I installed the drivers for the Audigy RX sound card?  What U Hear needs to stay on for me to record the SE sound track with the speakers off, so my only other option to record both the soundtrack and my voice simultaneously is to have the speakers on and record both through the mic, which means the soundtrack recording will be of lower quality which is not what I want.

Wow, that's very weird! I mean, I can turn both on with no problem. I have a different sound card though, so it's probably different from one sound card to another. Maybe there is on the web some software which can create a "virtual input" that contains both audio and microphone on the same track, but you won't be able to split them so it's quite useless  :(

Just an update I got it to work!  I had to manually alter my sound settings to do so, turns out something called "Stereo Mix" was disabled, but I can now record both from the mic and from my speakers even when they are turned off, all at the same time!  I just need to make sure mic boost is turned off, otherwise there is feedback coming from the mic.
I now need advice for something else.  I have 7.1 surround sound speakers (Creative P7800) and I performed the Windows 10 speaker test on them and I am not getting sound from my side right speaker.  The other 6 speakers and the subwoofer work just fine, but this one speaker doesn't respond to the test.  What could be wrong and how do I fix it?  Is it the cord?  The end that goes into the speaker is permanently attached, and the other end from each speaker goes into the subwoofer.  Then there are three cables that go from the subwoofer to the back of my Creative Audigy RX 7.1 sound card.  I think if one of those 3 was loose I would have more than just 1 speaker with no sound so it shouldn't be that it's somewhere between the wire that goes from the back of that side right speaker going into the subwoofer right?  How do I fix it?  I hope the speaker hasn't stopped functioning because if it has, these are no longer to be found.  These speakers are 10 years old and when I had them on my Win XP PC (used until Summer 2018), I used to test the speakers regularly using Creative speaker diagnostic software, but now that I have a Win 10 PC I have to use the Windows Sound tool.  All the speakers have worked fine until now.   But if the speaker won't work I will have a tough time replacing it.  As a matter of fact I can't find any 7.1 computer speakers anywhere on Amazon or B&H, where I bought these from.  There are 5.1 but no 7.1 for computers- what I found looks like it's only for home theatre since it has HDMI it wouldn't work with my sound card!


This is what I have:

where I bought it from

[*]On B&H I found these but they only do HDMI so would not work with my sound card.


So using this I could attach both speakers to the side left jack and they should both work but both will get the same sound?  Would that mean loss of functionality or audio quality or maybe since the two speakers are far apart I will still get directional cues and surround sound quality wont be impacted even with the splitter?
Top
A-L-E-X

Another great hike. Sunrise on top of Sauk Mountain, just above a dense cloud layer. When I began climbing that morning I saw the mountain shrouded in overcast, and thought "Whelp. Either I'll be in the clouds the whole time and it will be miserable, or the top will be just poking through and it will be spectacular." I took the gamble and was lucky. 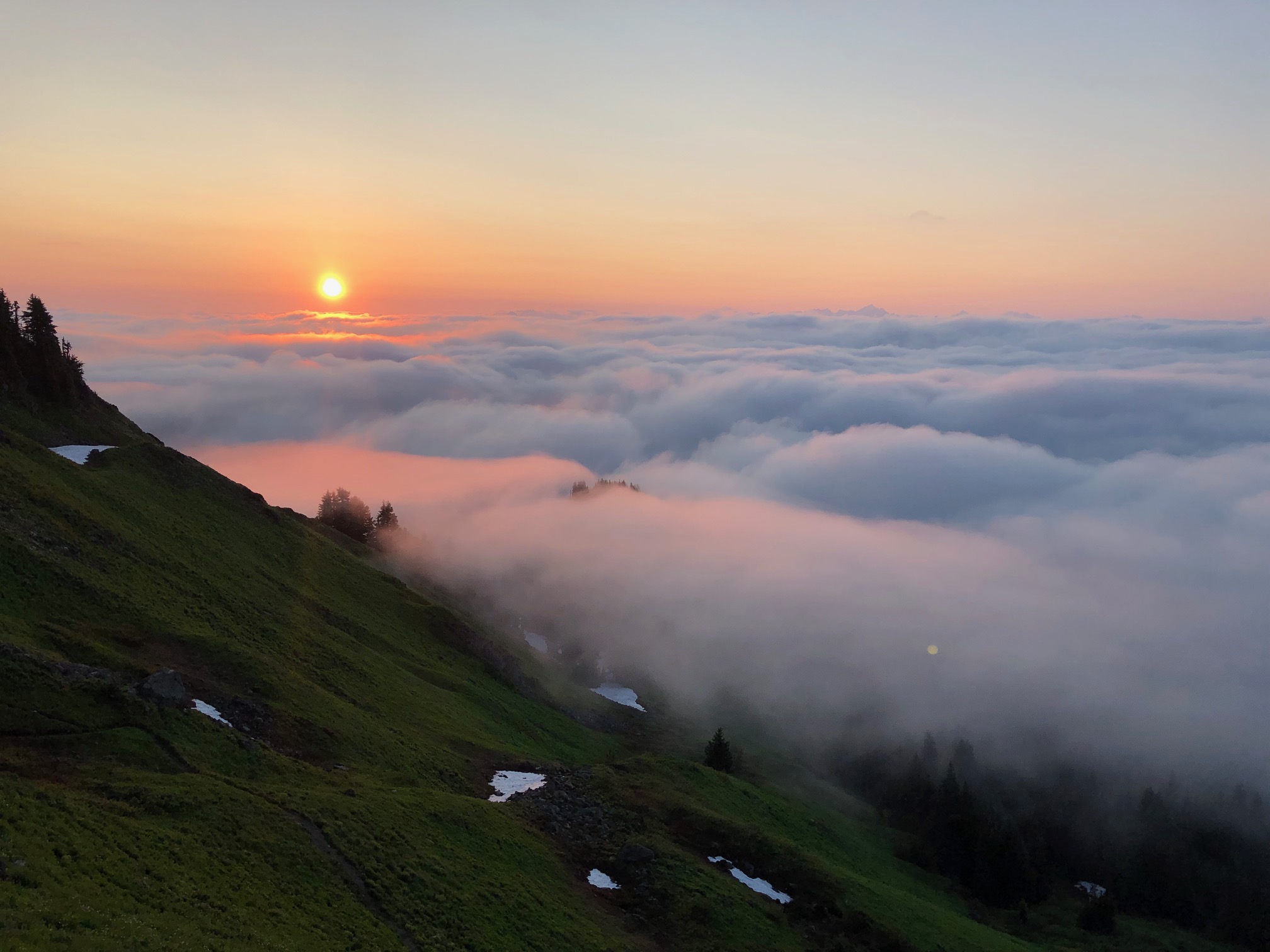 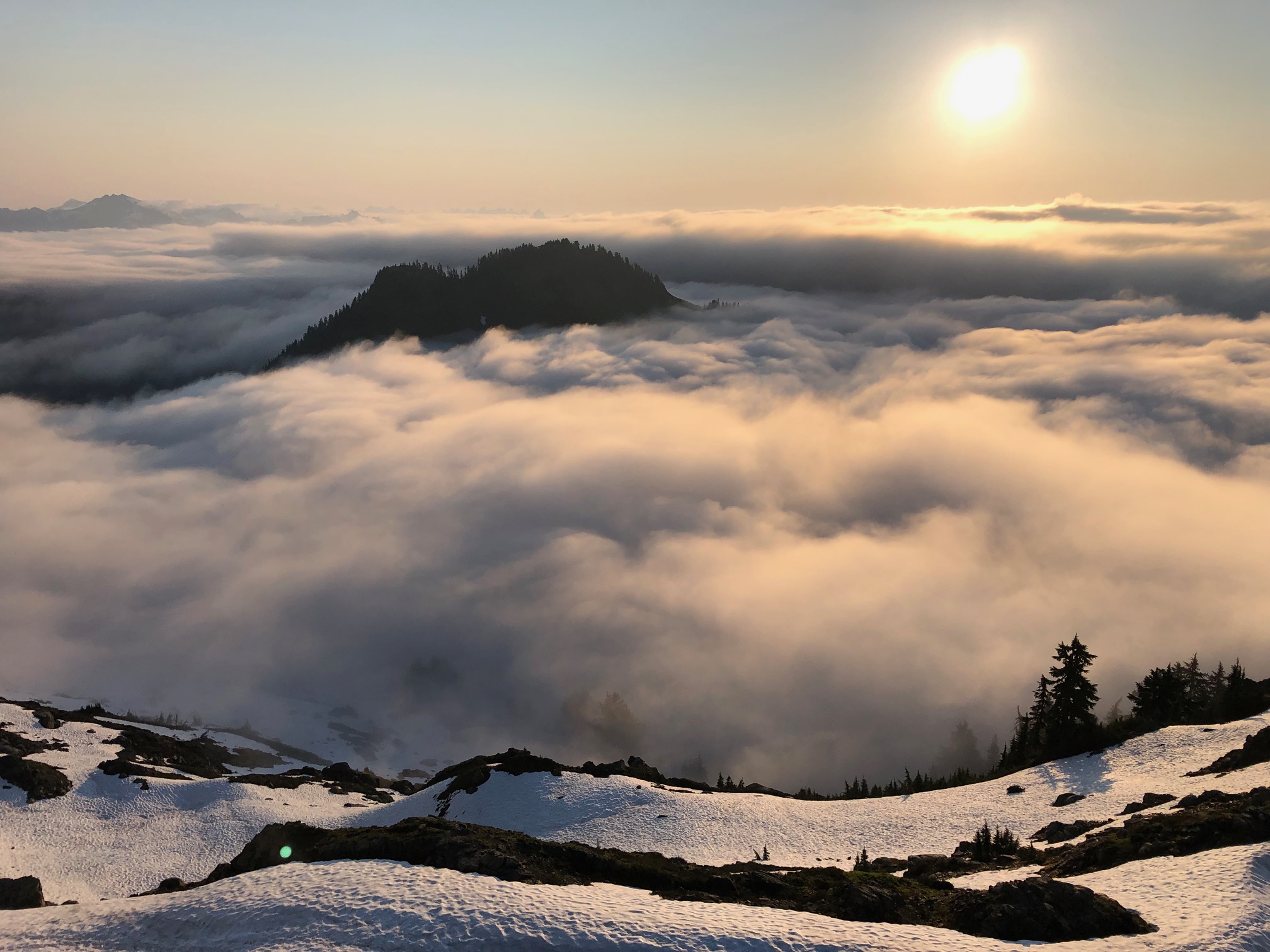 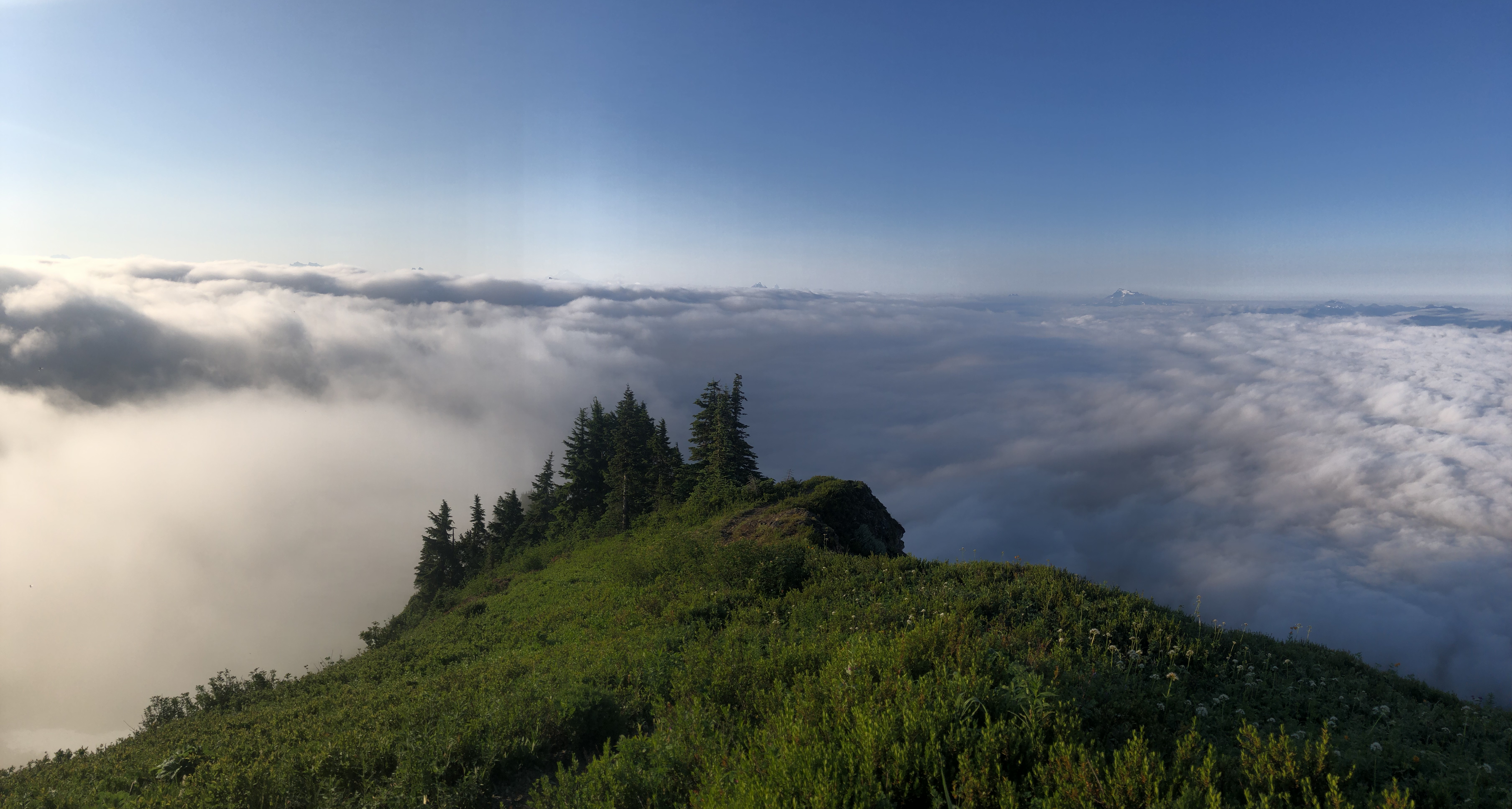 Watsisname wrote:
Another great hike. Sunrise on top of Sauk Mountain, just above a dense cloud layer. When I began climbing that morning I saw the mountain shrouded in overcast, and thought "Whelp. Either I'll be in the clouds the whole time and it will be miserable, or the top will be just poking through and it will be spectacular." I took the gamble and was lucky.

Looks like a shot from The Lord of the Rings. Incredible landscape! You were great at capturing the right moment for the photo.
Top
Challenger

Since I moved a bit uphill with a view many years ago, low clouds have been something which never fails to fascinate.  It can be really nice to look out of the window in the morning to discover that the city is gone and replaced by a white plain or desert changing every minute.  Here's a little collection of timelapses I've made over the years:
► Show Spoiler
NIL DIFFICILE VOLENTI
Top
midtskogen

Mother of Pearl clouds!  Those are very rare- how often do you get to see them there?
Top
A-L-E-X

A-L-E-X wrote:
Source of the post Mother of Pearl clouds!  Those are very rare- how often do you get to see them there?

A few times a year here, usually between December and February.  They typically form over the mountains.
NIL DIFFICILE VOLENTI
Top
midtskogen

midtskogen wrote:
Source of the post Since I moved a bit uphill with a view many years ago, low clouds have been something which never fails to fascinate.

I never get tired of it. My favorite experience is ascending through the layer, whether by climbing or on a plane. Popping through the dark grey ceiling to suddenly discover a bright sunny day and have the endless expanse of clouds beneath feels like entering another world.

Amazing captures of the nacreous clouds. The timelapse of their movement really helps illustrate how they form in a similar way to lenticular clouds -- just much higher. The clouds are stationary while the air goes through them, forced by the terrain below.
Top
Watsisname

Watsisname wrote:
Source of the post I never get tired of it.

The only thing I might dislike about it, is that in winter if there isn't a lot of snow, such inversion might be bad for the snow conditions. It might be -10C or colder in the valley, but +5C above the clouds.
NIL DIFFICILE VOLENTI
Top
midtskogen
Post Reply