I've been experimenting a bit with the scripts at https://www.reddit.com/r/EliteDangerous/comments/6jz0pr/some_longexposure_pictures/ . To make them you need to install Python 3.6.4, then install the imageio library as described there, copy the scripts shown there into .py files, and then run the max filter script, making sure you have ffmpeg.exe and the video being sampled in the same directory as the script.

These can be used to create 'long exposure' shots where it takes a full (short) video and merges it all into a single picture. Here's my first attempt to take a picture of star trails by looking at a planet's north celestial pole - I didn't have a long enough video to cover a full revolution in this case, but it did at least prove the concept worked.

Here's a more complete shot from another planet. No horizon here as I was looking straight up into the sky, but it's a few full revolutions. The blue/brown hazy outer region is the smeared out band of the galactic disk and bulge rotating in the sky along with the stars. 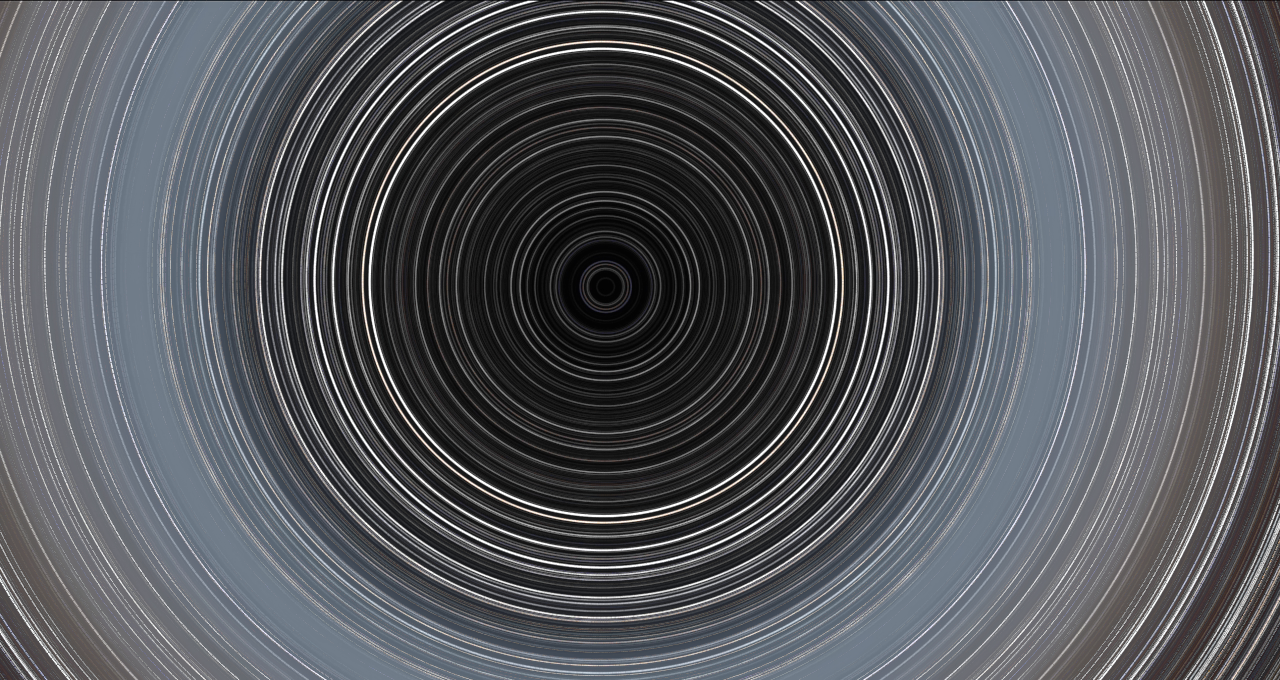 I'll try to get some other long exposure shots later on!
Top
evildrganymede