I made some tweaks and deleted duplicates, after combining the last file on the last page with what I currently had on my system.

Do the green colors on the "olivine mountains" textures for desert planets need to be toned down? It looks weird to see this much green on a planet that doesn't have life. Yeah, it does seem a little weird, but the color itself is basically right.  For reference, this is what a rock made entirely of olivine (dunite) looks like (my own find). 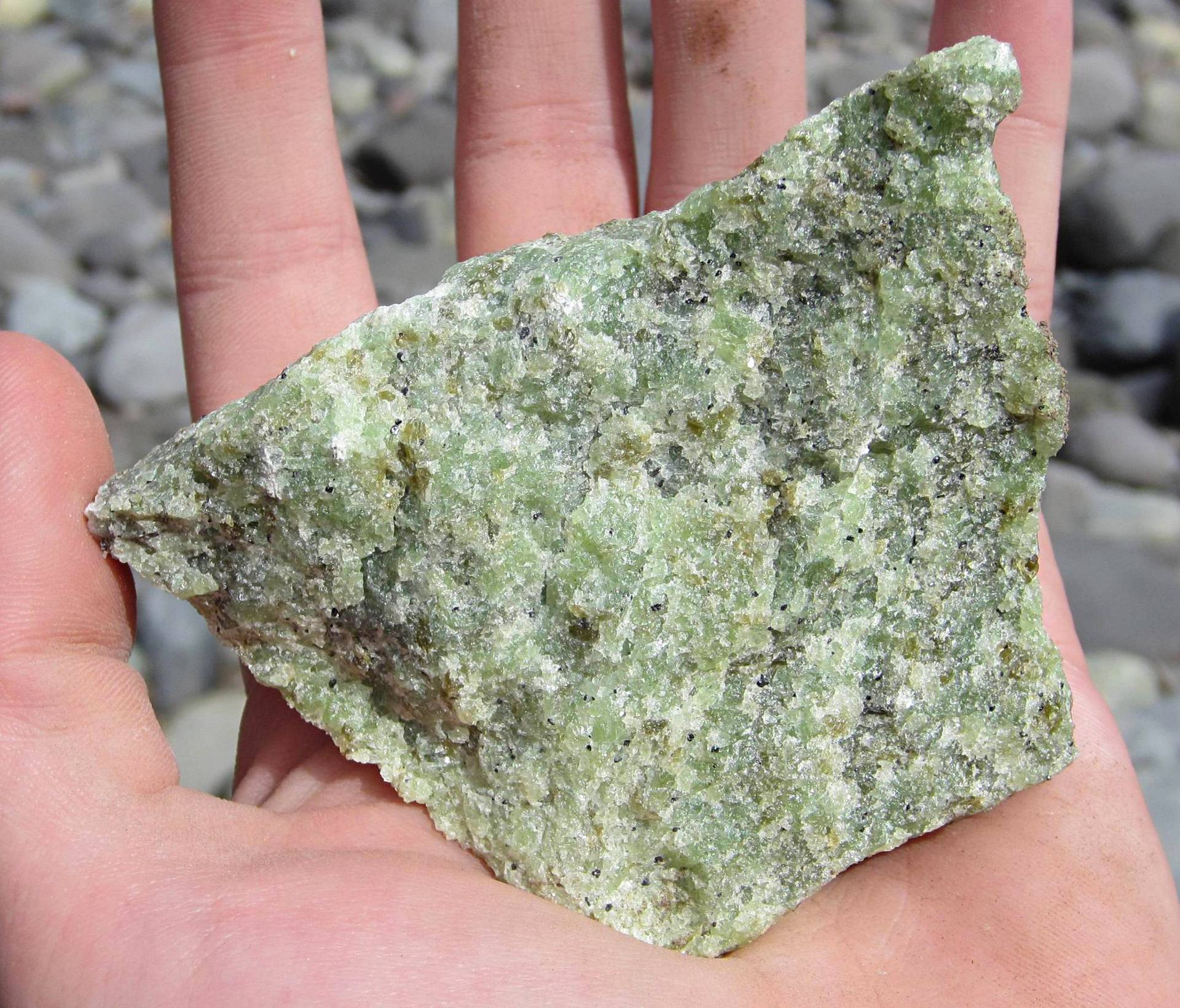 A big portion of the mantles of silicate planets is made of this stuff, and it can be brought to the surface by tectonic processes, so it can cover large areas of the surface.  This rock came from an entire mountain made of it.  In the presence of oxygen it gets an orange coating to it though, so the mountain itself is orange instead of green.  But on a desert planet with no oxygen in the air?  Maybe it's not that unrealistic.
Top
Watsisname

Yes, but even the sample you have doesn't have as saturated of a green as some of these palettes do.
Top
Julian

It is intentional artistic license when some of us add less realistic colors.

I've modified palette.cfg so that the "olivine mountains" styles of desert planets have less saturated greens: I've also modified the blue desert color in the "Contrast colors 5" palette so that it looks less like water when viewed from space:

I wanted to keep it subtle. Are you using ReShade by any chance?
Top
Julian

Finally found an example of a "Contrast colors 5" world to do a before and after comparison: I've been making new terran palletes, but some of my terras look like this in-game. Anything I can fix? My pallete.cfg fle is attatched.

I don't have HIP 56078 in my catalog, but could you go into the editor with this planet selected, check what its SurfStyle is, and see which StyleRange in your palette that value falls into?
Top
Julian

Julian, its surface style is 0.914, but I'm don't know what to do with that other step, I'm very new at making palletes.
Top
kham132
Post Reply