by onglobalproductions
Largest screenshot ever made in Spaceengine !
I took me a long day, but i've took some screenshots, stich it together.
and here it is :
http://www.gigapan.com/gigapans/201237
an 2980 Megapixel, (3 Gigapixel !) screenshot from space engine

by Hornblower
Wow. I can't imagine how long it took to export that image

by onglobalproductions
it took 6 hours to export, from an 20 core xeon workstation.
the image it self, is 22GB in size, most smartphones these days, cant carry more then one of those images. 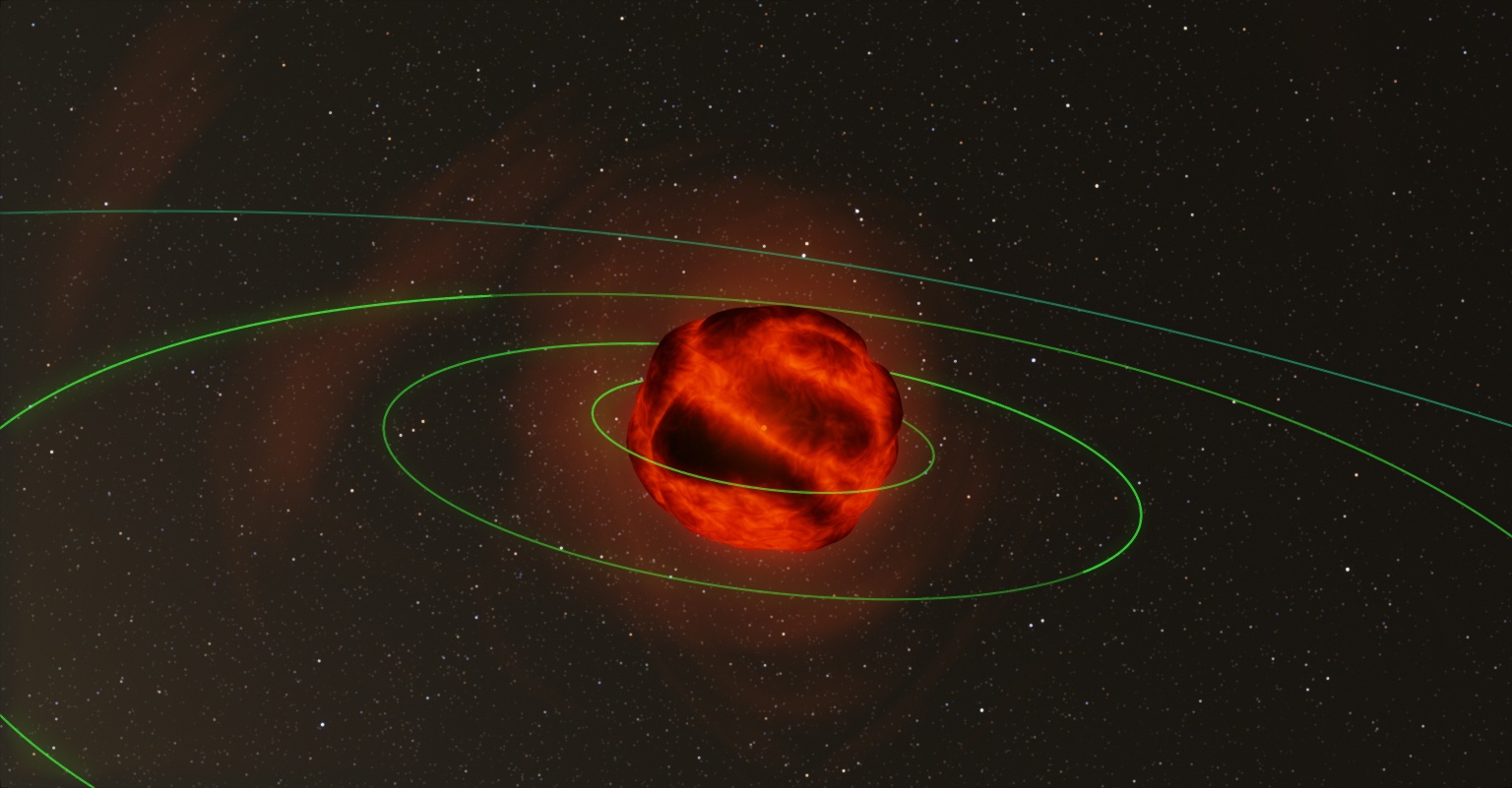 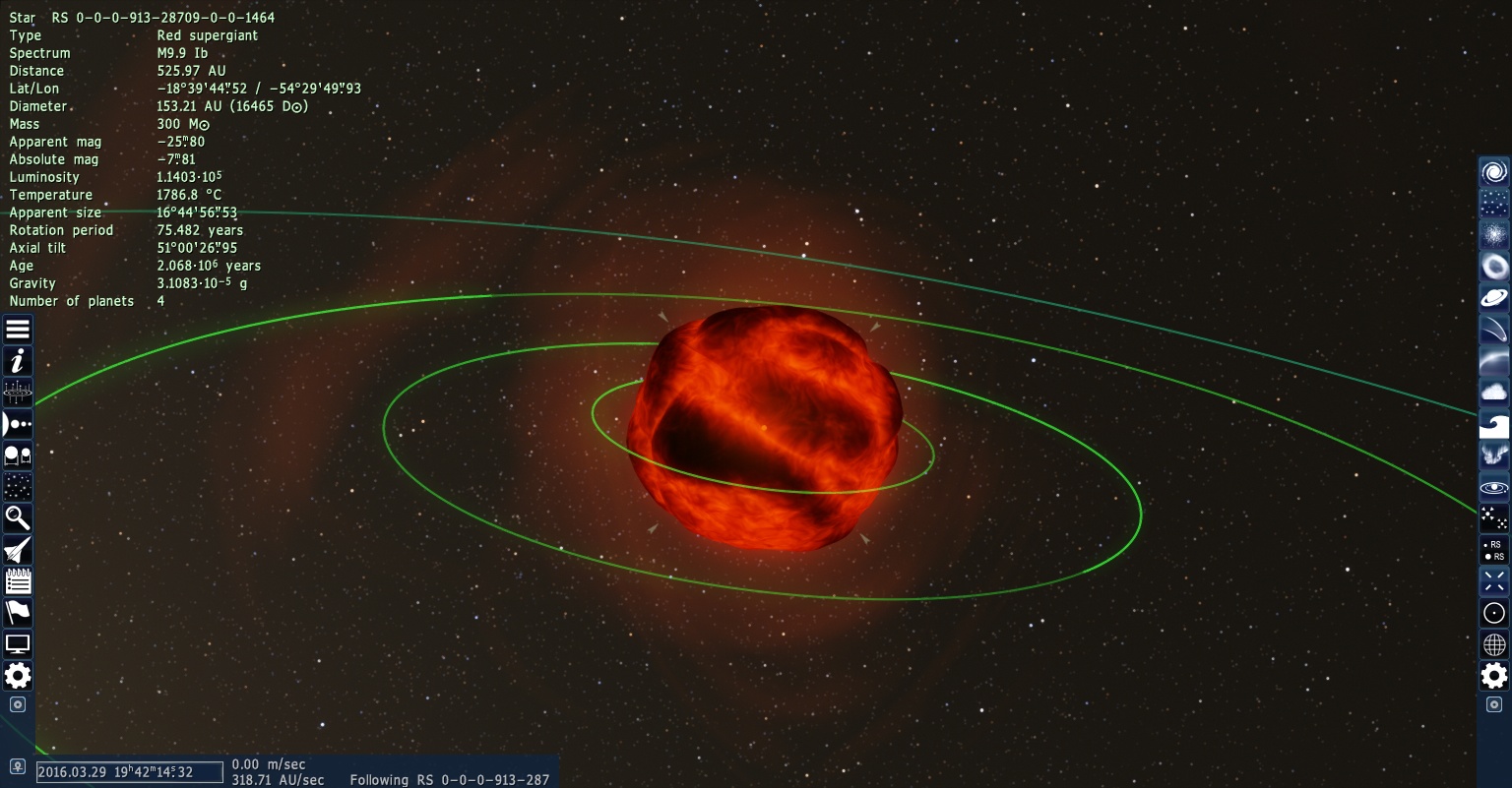 I might try to find it again.  It would've been one of the largest stars in a non procedural galaxy.

elemental wrote:
Largest moon ever????
This is the strangest pair I have ever found

How can a moon be larger than its parent planet?

Wicker1M wrote:
Source of the post How can a moon be larger than its parent planet?

I have found them before. They can be larger because their less massive.

Wicker1M wrote:
Source of the post How can a moon be larger than its parent planet?

Lower density.  But it's perhaps better to call this a binary planet than a planet + moon. However, it has an atmospheric completely toxic. The only things I see similar to Earth it's the mass and diameter.

by JKerman
I found a red supergiant with a surface temperature of only 3190F. The best place to find these stars is in globular clusters. 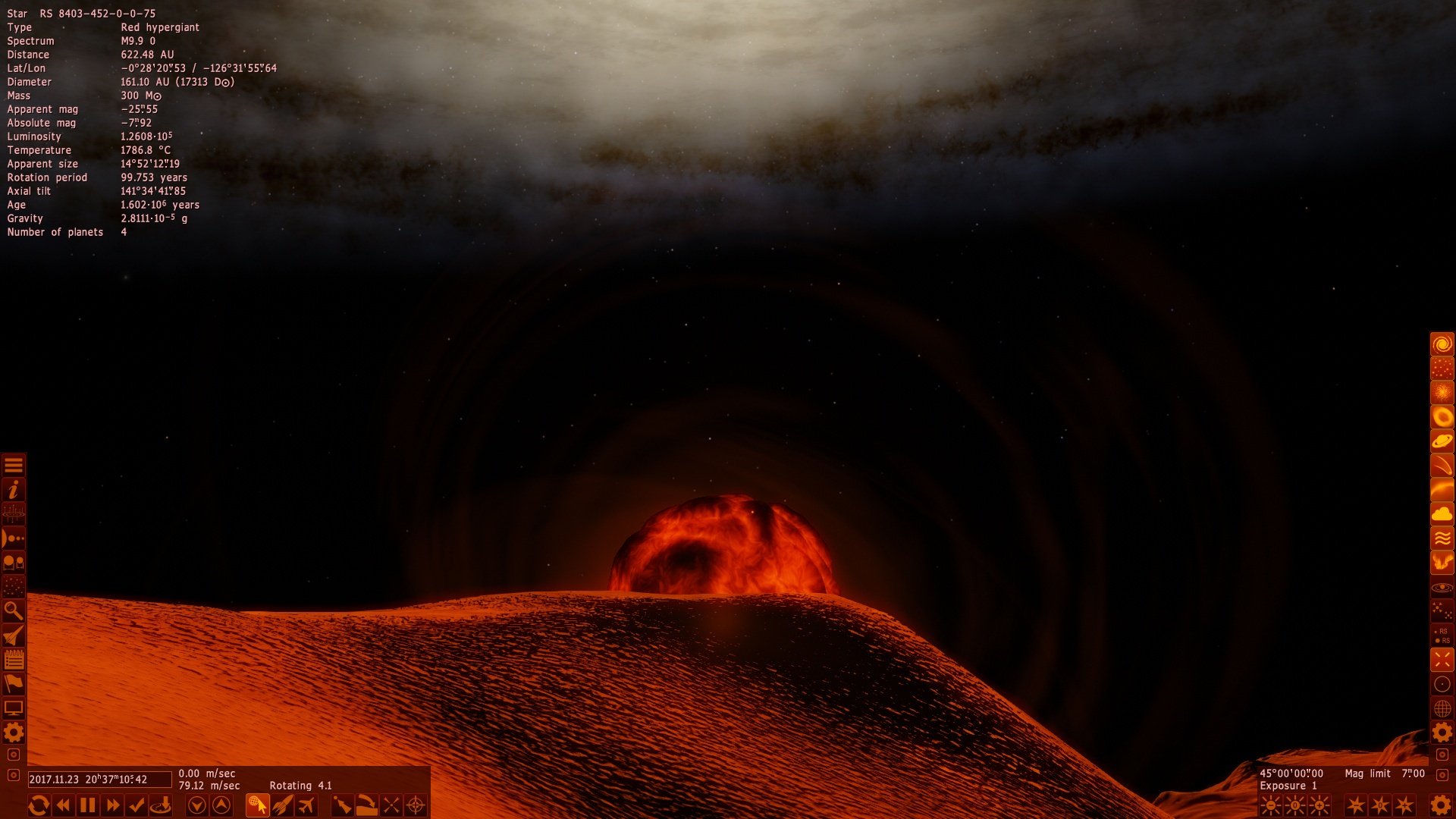