by DoctorOfSpace
Hornblower, some day a multiplayer mode will be implemented and it will be awesome.

by hobosullivan
That's a nice volcano. Mine are always so bland and uniform. Yours has snow!

Here's a planet I found. I call it the Poison Sea: it's a temperate oceania. Its atmospheric pressure is 0.12 atmospheres. Its atmosphere is composed of (in order of percentage): hydrogen sulfide, sulfur dioxide, carbon dioxide, ammonia, and acetylene. So we have a planet that reeks like rotten eggs with an ocean made of polluted ammonia window cleaner!

But hey, at least it has nice blood-red sunsets!

by SpaceHopper
Hornblower, that sun with all those comets/evaporating planets you posted a page back...where did you find it?

by hobosullivan
I think IC 1101 is my favorite galaxy in Space Engine (even though I usually prefer cool procedurally-generated stuff). It's got such an enormous central black hole that you can find things like RSC 10389-10378-4-2706-294 6, a very hot (>200 C) terra with a thick (> 1000 atm) atmosphere, and multicellular life on land and in the water. Lovely view of that accretion disk! 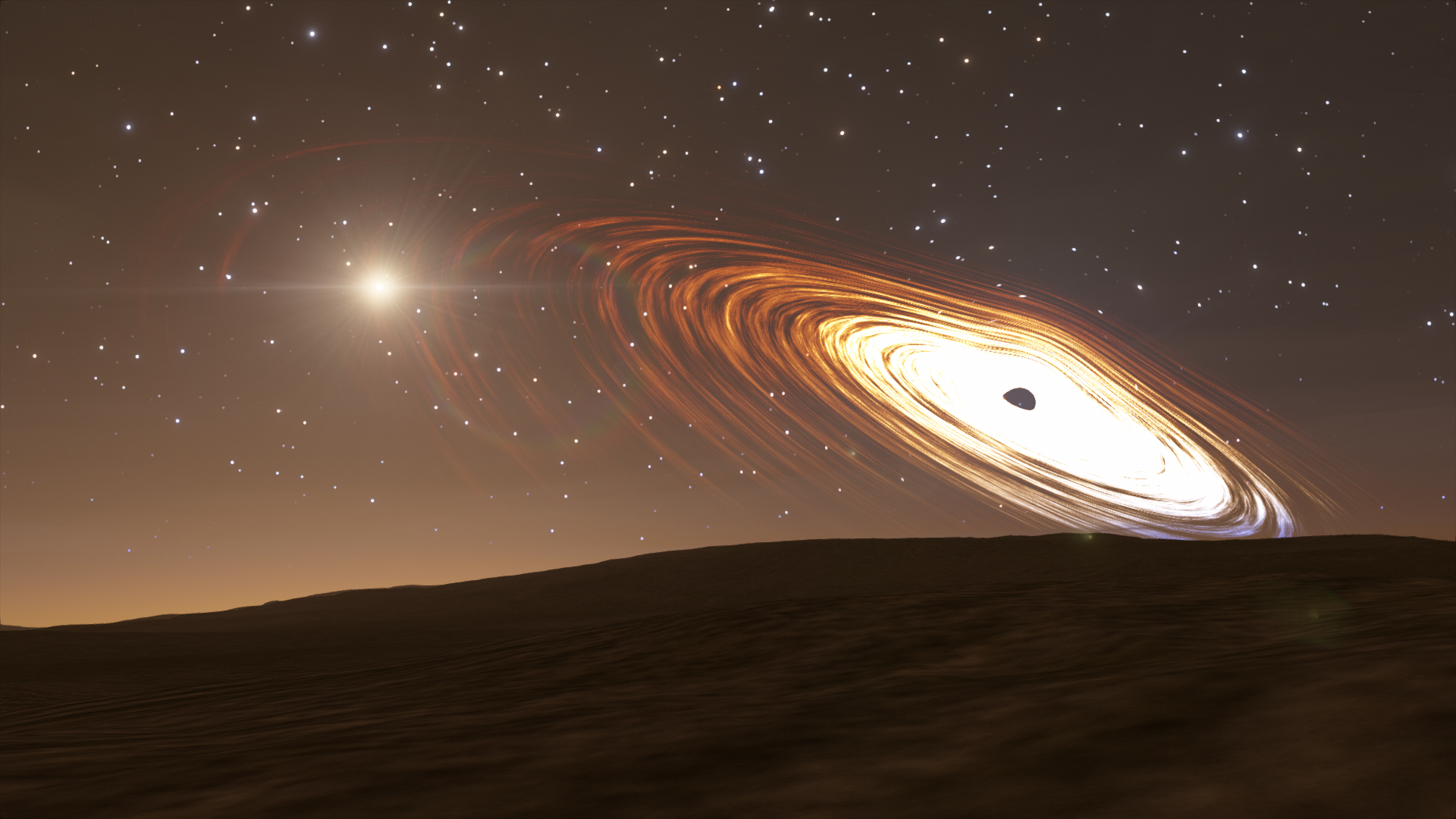 Wow! What mods/addons are you using for the buildings? I haven't seen that before.

Edit: Nevermind, I think I found it. Is it Ettore_BilBo's?

StarStuff wrote:
Wow! What mods/addons are you using for the buildings? I haven't seen that before.

Edit: Nevermind, I think I found it. Is it Ettore_BilBo's

Yep its Ettore's brilliant models + has got lots and lots of 3d models, space stations/ships from EVE & the X series too.
Remember if you place objects on planets fix them to ground using 'Horizon mode' this kinda of stops them moving about, though they still rotate when u speed up time. Not so much if u place near planets equator. by Insanity
Just an interesting discovery I accidentally made; (Apparently) the universe in Space Engine is a square.

by Hornblower
Insanity, Wrong! It's a cube by Insanity
I think this is the farthest galaxy in Space Engine, at a whopping 28.24 Giga Light Years away from the milky way.

This terra viewed from it`s moon is truly gigantic

Looking at the sunset, the tidally locked moon and a near gas giant