that SO2 kills me Seems to be my lucky day.How about these ones?: A Warm Terra, (with 3 more planets behind that support life too!), that is breathable for a few minutes. The fraction of inspired oxygen (FiO2) is around 60%, the preferred flow rate of oxygen for humans to breathe, even with low atmospheric pressure like this. Death in a few minutes would be okay just for the sweet view of those rings in the sky.
Top
Watsisname

I can't believe I didn't realize all this information was available until now.

To be clear, there is no way to see what liquids are supposed to be in the current version, right?
Top
Mouthwash

The new planet classification system code will include a fairly complete chemical composition progressive algorithm, that not only computes the atmosphere, but the seas/oceans and frozen ices as well. Out of all the planets iv'e seen this one seems the most survivable, how many seconds could you survive on this planet? Edit: Right after I posted this I found another probably unbreathable but still nice planet, so how lethal is it?
Ayy Lmao
Top
Ragni

Ragni, Establishing such an exact survival time is impossible, because different people have different responses.  But we can ballpark it and get a rough idea of how bad it is.

First planet:  The biggest offender is the SO2 at 0.0027atm partial pressure.  That's equivalent to 2700 ppm concentration at Earth surface pressure, and is 27 times greater than the level considered "immediately dangerous to life and health", with death possible within an hour.  Few cases of acute exposure at concentrations this large have been studied in which the concentrations were known.  But I think it is safe to say that your demise due to exposure on this planet would be fast and also very unpleasant.

Ignoring the SO2, the next greatest issue is the low partial pressure of O2.  At 0.09atm, this is like being at about 7000m (23000ft) altitude on Earth, which requires a long period of acclimatization.  Being immediately introduced to this oxygen concentration would cause you to pass out within about 5 minutes.  Even with acclimatization, most suffer effects of high altitude sickness, and their health may slowly deteriorate.  Some deteriorate or even die quite suddenly; victims of HAPE or HACE.

No SO2 here, H2S is unpleasant but survivable. This time, carbon dioxide ruins the party. 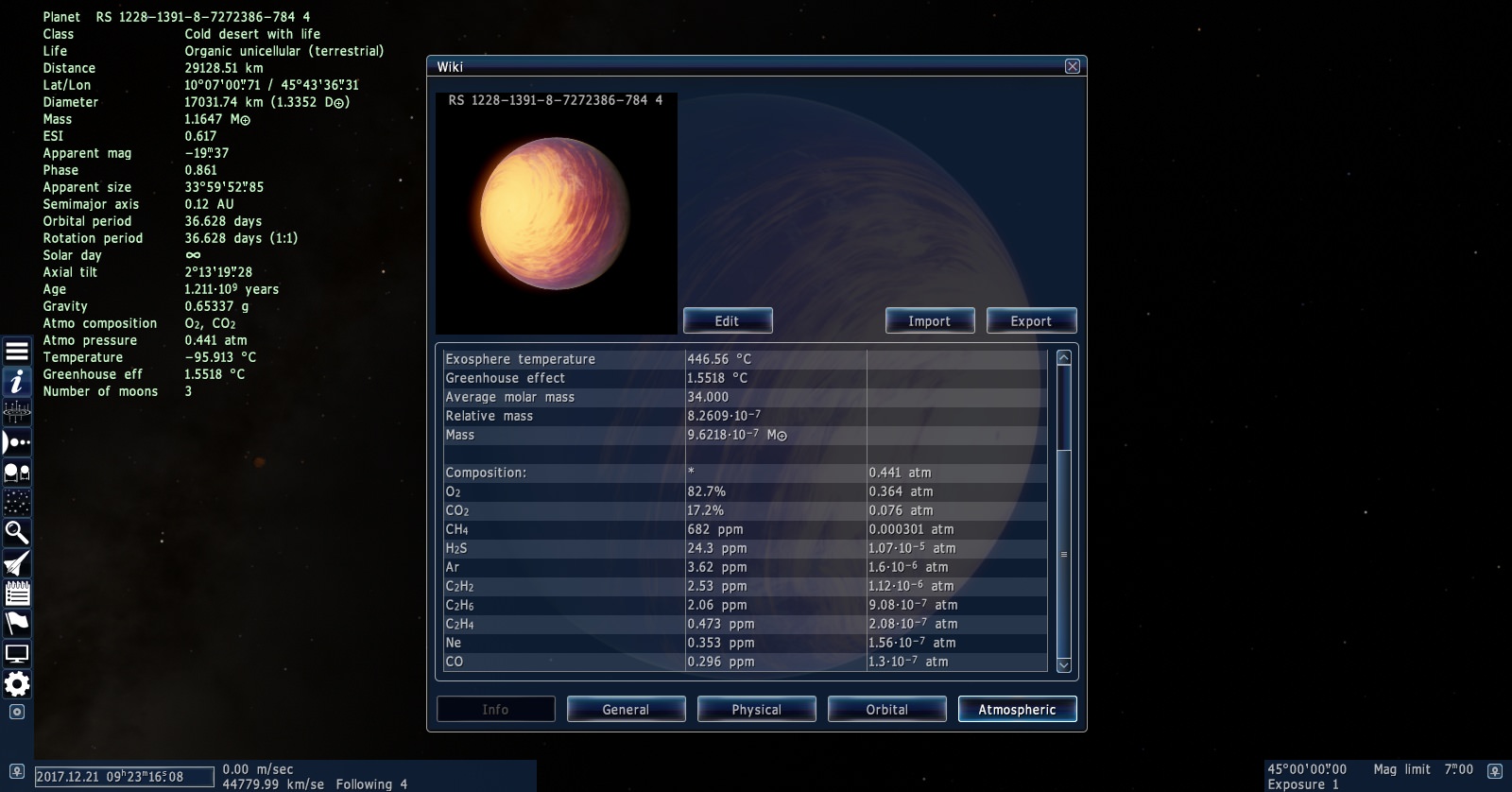 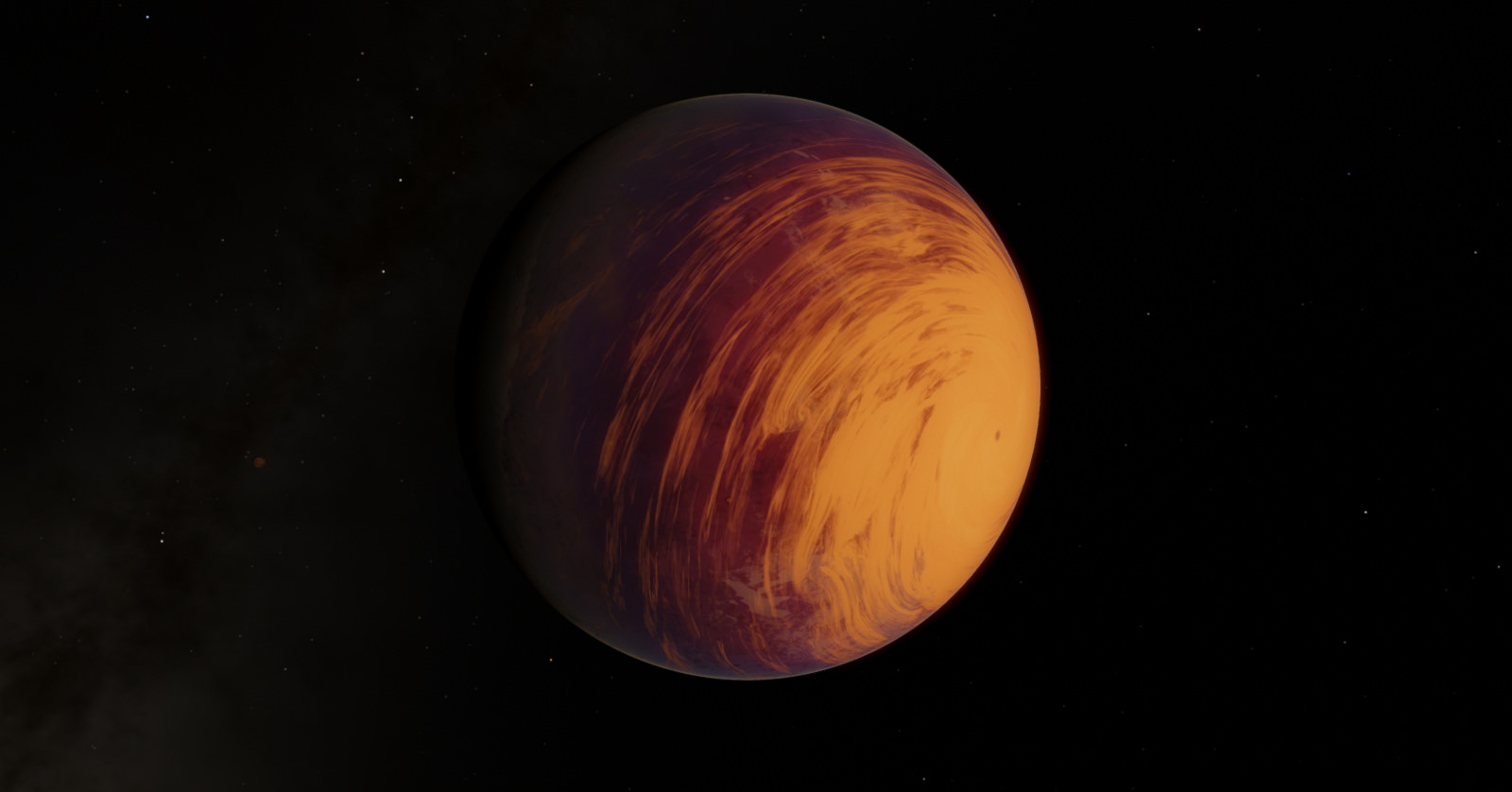 I found this Oceania in Andromeda with more than enough oxygen (perhaps too much?) although I'm sure those CO2 levels are too toxic for humans. JediTrekkie wrote:
I found this Oceania in Andromeda with more than enough oxygen (perhaps too much?) although I'm sure those CO2 levels are too toxic for humans.
scr00001.jpg

With an atmosphere of that pressure it doesn't matter if its entirely oxygen you still wouldn't be able to survive or even breath, it doesn't have to much, it has to little. And yeah the CO2 paired with the SO2 would be pretty toxic as well.
Ayy Lmao
Top
Ragni

Ragni wrote:
Source of the post With an atmosphere of that pressure it doesn't matter if its entirely oxygen you still wouldn't be able to survive or even breath

A 100% oxygen atmosphere with this pressure (0.153atm) is breathable for acclimatized individuals.  It is the equivalent of being here (46000ft at 100% concentration) on the graphic on the first page.  But your point about it being unbreathable at the given concentration (plus the SO2) is correct.
Top
Watsisname
Post Reply