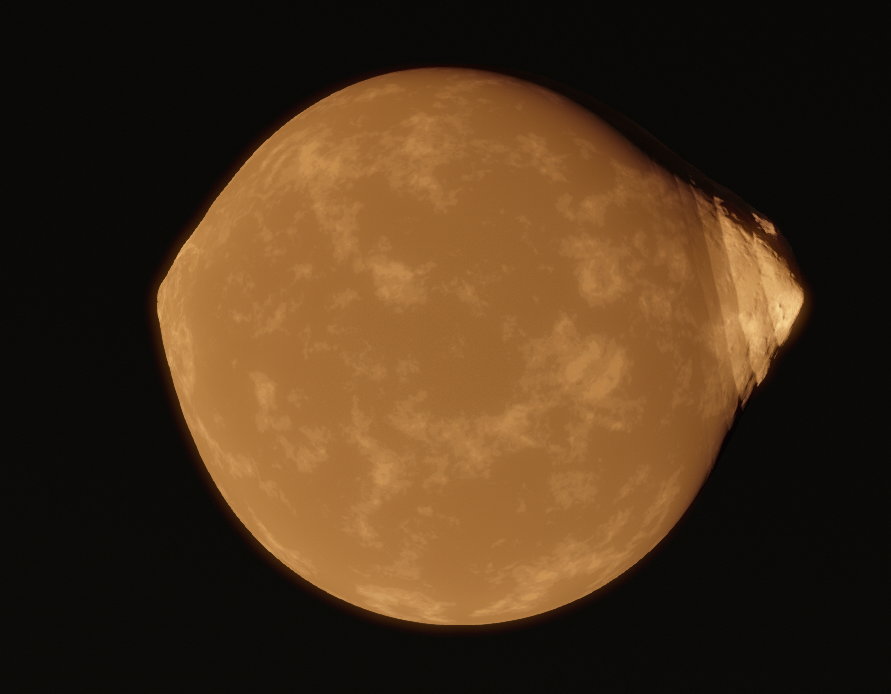 Don't fix it. It's a master piece.
Top
spaceguy

problemecium wrote:
I suppose my original post wasn't complicated enough.
I'm fine with the peak/center temperature of the disc being 89 billion zillion Kelvin - black holes in SE do that just fine and I have no beef. The problem is that the disc (at default exposure) is homogeneous white all the way out to the edge where it abruptly cuts off. I'm fairly confident that extending that graph off to the right will reveal a tendency toward zero for the temperature, and accordingly that ideally SE will at some point extend the white dwarf accretion discs as necessary to reveal the colder outer parts.

Sigh. I'd ameliorate the negative tone of this post by posting some recent sightings of my own but alas! When I updated to SE 0.9.8 the installer erased all my screenshots :C

In my personal opinion, extremely bright objects should not have discernible features until you lower the exposure. A nice fix of the lighting would also be appreciated, but whatever way the dev decides to approach this in the future I'm up for.
Top
spaceguy

problemecium wrote:
I'm fairly confident that extending that graph off to the right will reveal a tendency toward zero for the temperature, and accordingly that ideally SE will at some point extend the white dwarf accretion discs as necessary to reveal the colder outer parts.

I understand the idea, and it sounds reasonable at a glance.  But you really must work it out and see what the result implies. The distance that you would have to extend it is too far to be realistic or reasonable. It would engulf the partner star and it would still be blindingly bright even at that distance.  By "blindingly bright", I mean thousands of times brighter than the surface of the star.  The view would be made worse, not better.

And I'm not making that up or speculating or guessing -- I did show the research and the math to demonstrate it.  Sorry if it seems like I'm just shooting ideas down -- that's not what I'm trying to do, but rather help people understand just how crazy these objects are, why SE can't currently handle them perfectly, and why most obvious solutions either don't work or make bigger problems.  We're dealing with things that have temperatures that are more comparable to the center of the Sun than it's surface, and millions to trillions of times brighter than the surface of the Sun.

lemonland wrote:
Source of the post so uh returning to anomalies i found this lemon shaped dwarf moon

Did you join just to post this? I love it.
Top
quarkgluonplasma

yes, i joined just to post this, it was just too awesome to keep it to myself
Top
lemonland

I did find a black hole that I affectionately named Sanic, but I don't know how to share the coordinates.
Not sure if this is normal, but it had a rotational speed of .199 seconds.

Hey, I made an account JUST for this. I found a MASSIVE star, not exaggerating. Let's see if I know how to post screenshots... 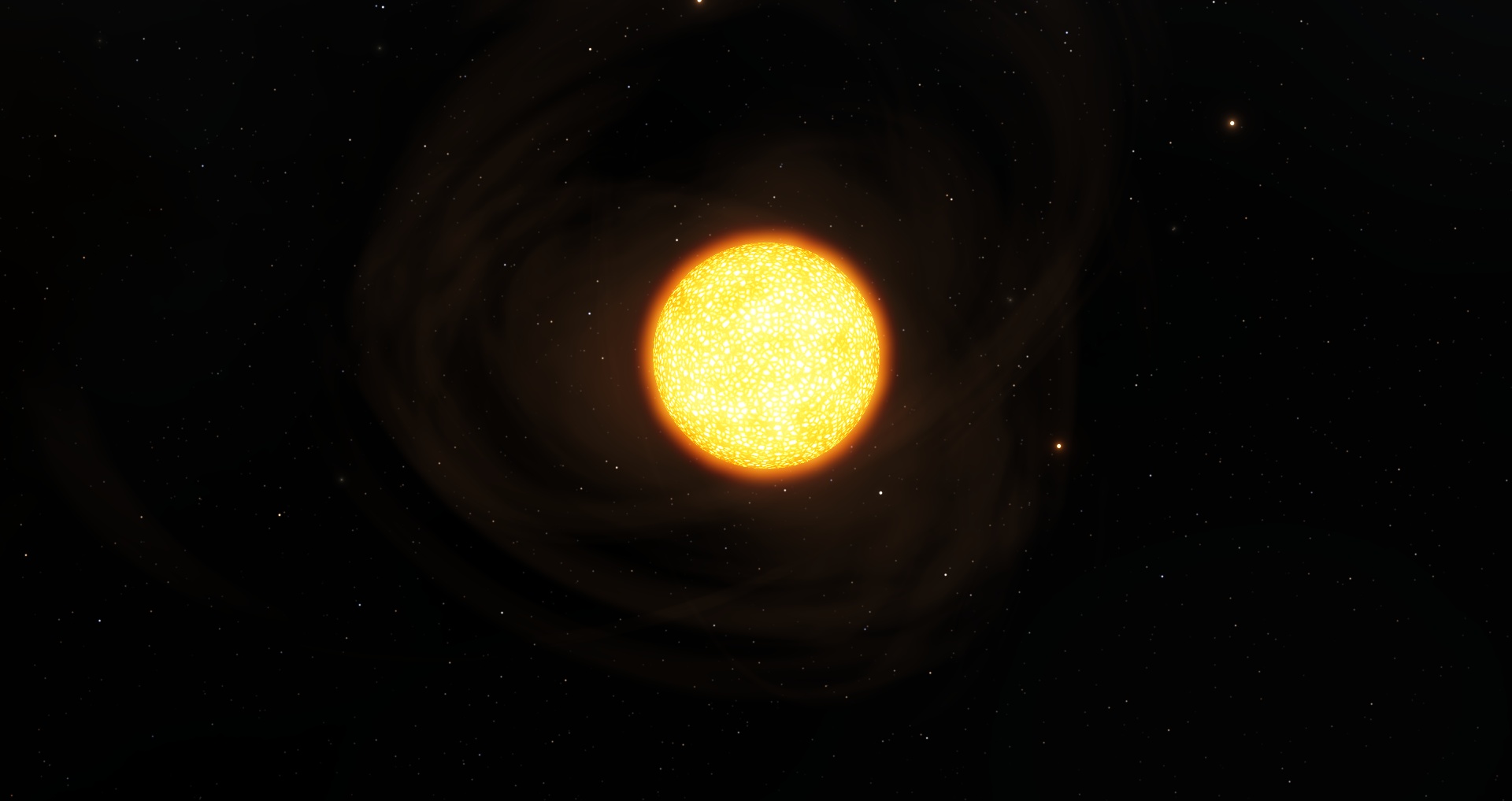 Well, I found this star while voyaging around the universe. Looked nice. Notice the swirls around the star? I don't know what those are. Probably to do with its size. Checked to see if it had planets. Didn't expect something this big would have planets.
It does. 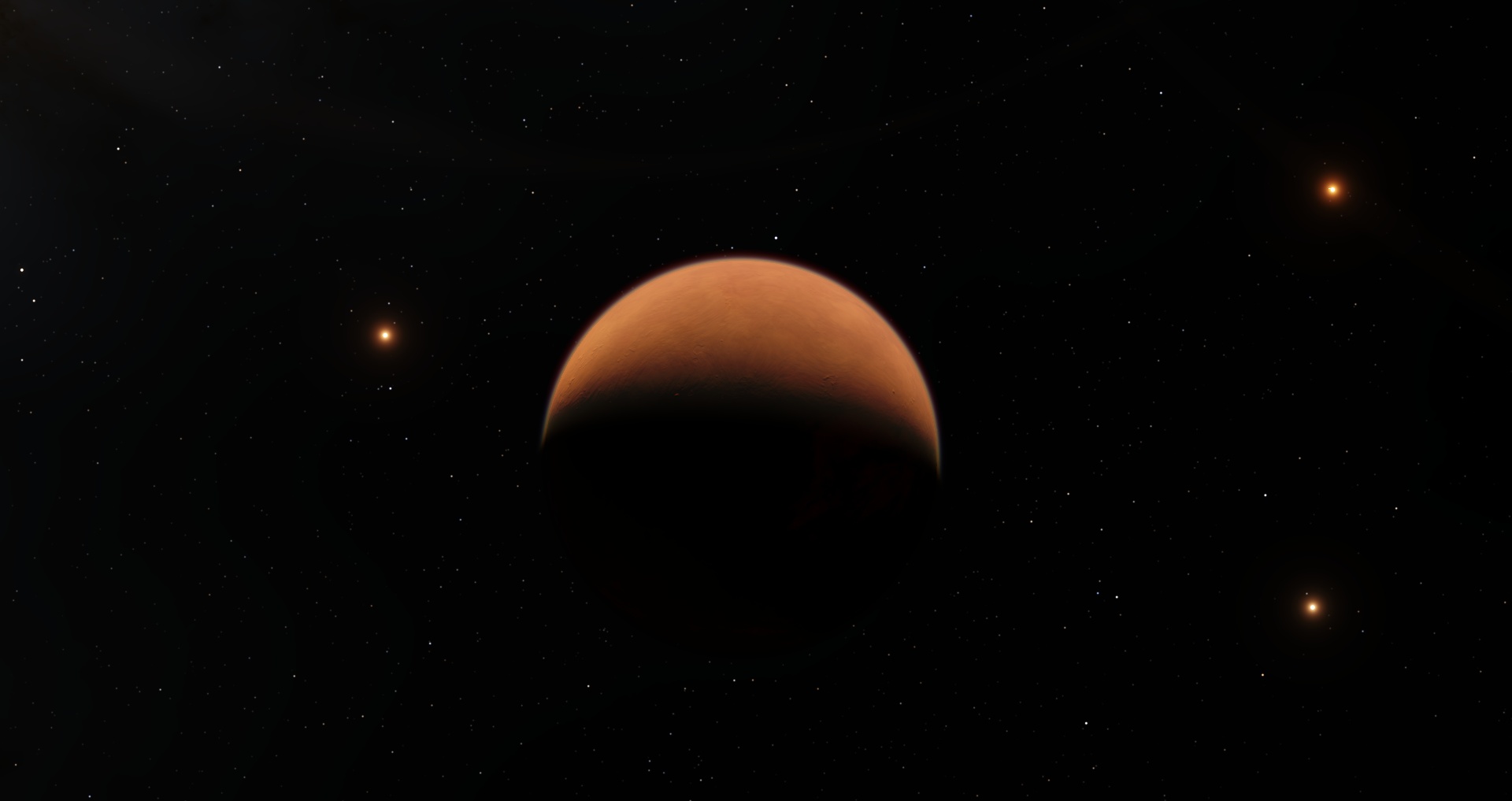 Here's a planet, it's nice. Has 4 asteroids orbiting it, or at least oddly shaped moons. It's a sand planet, probably EXTREMELY hot. Why? You'll see. 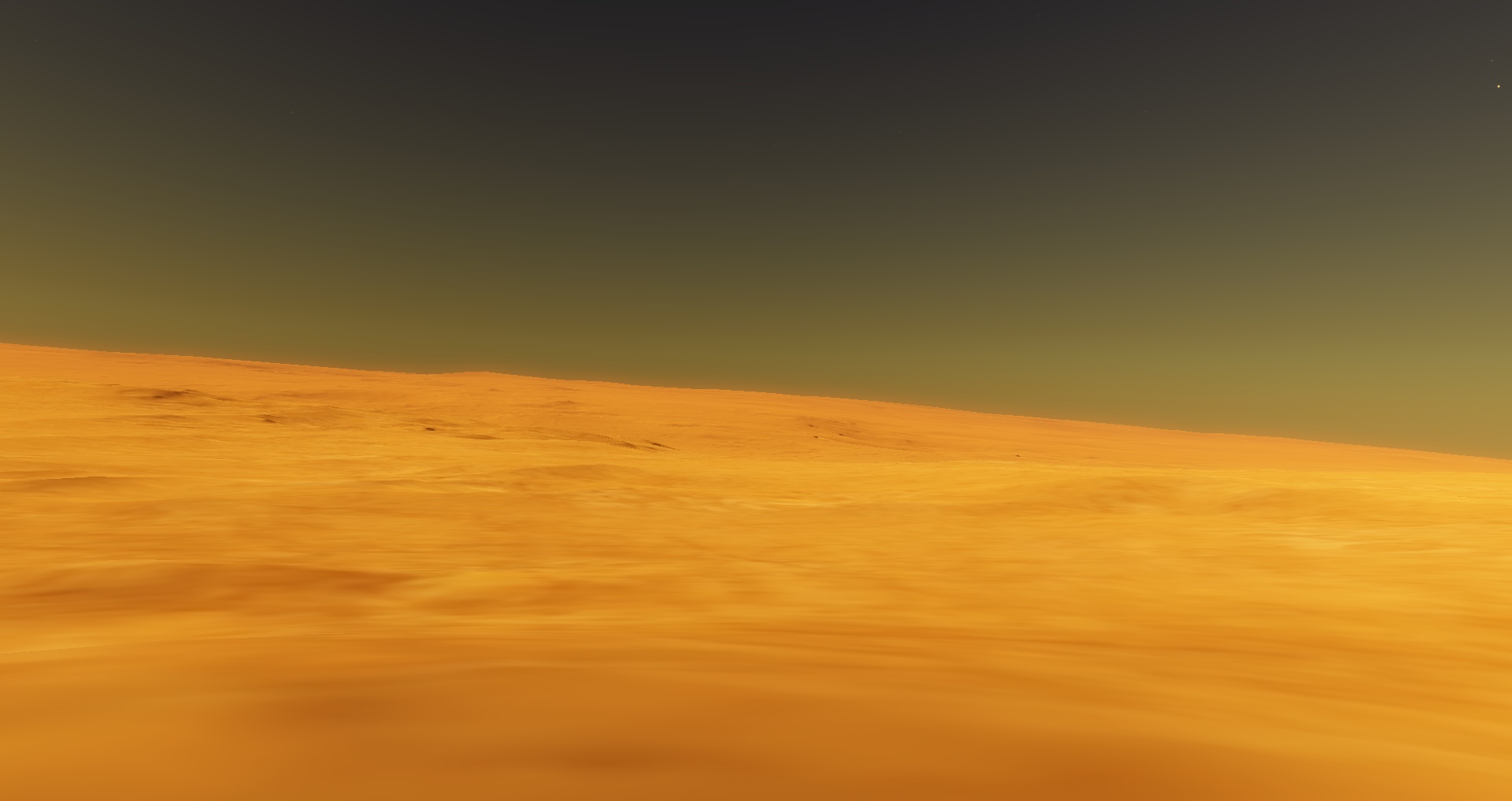 Here's the surface, looks quite smooth compared to the other planets I've found, which have mountains and cliffs and stuff. 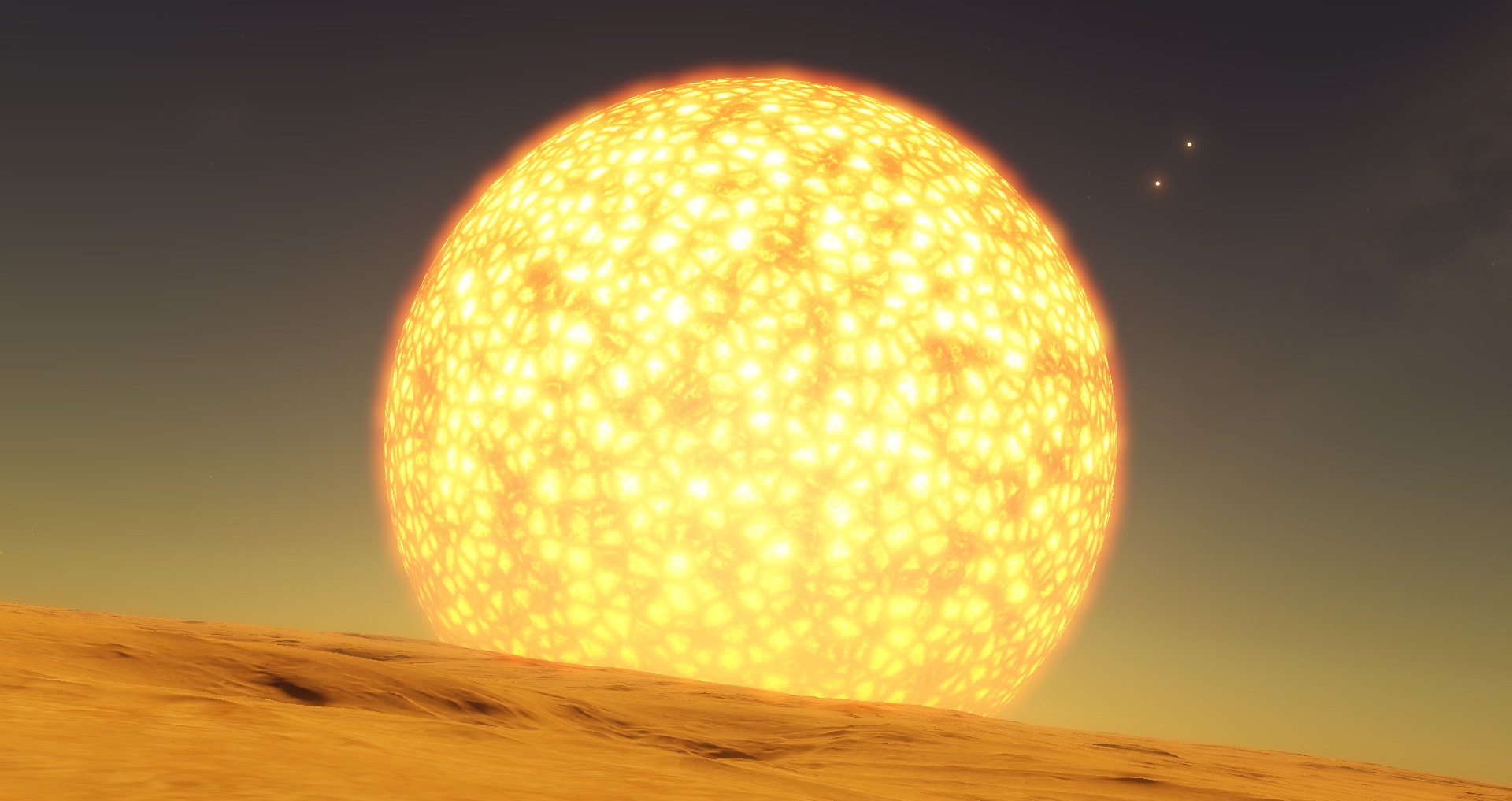 Also, other planets I've seen haven't got a GIANT FIRE BALL OF DEATH LIKE 100 MILES AWAY. You know how they say never look at the sun directly? If you were on this planet, you wouldn't be able to even FACE the sun. But don't go home, folks. You haven't seen anything yet! 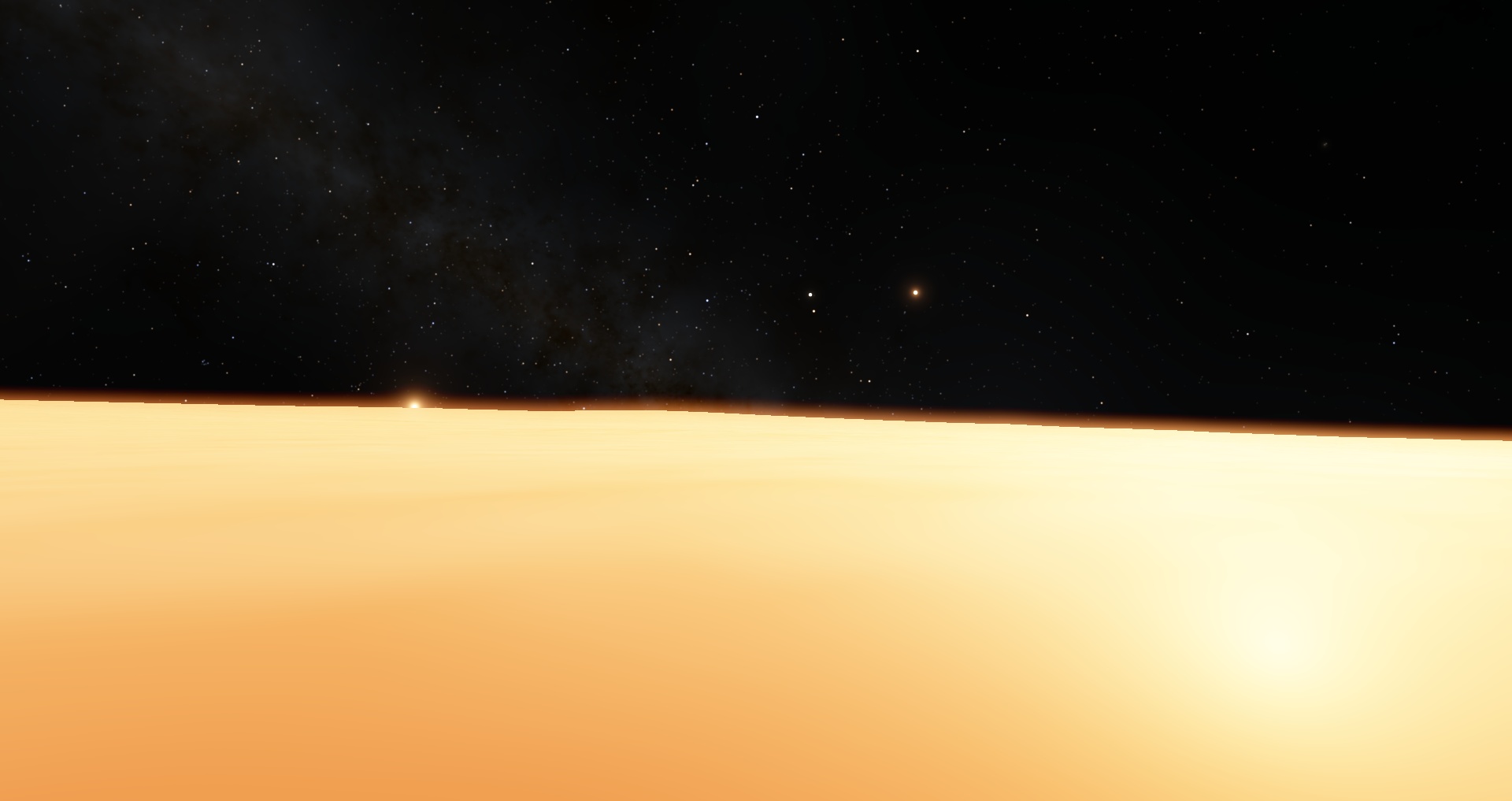 Here's a surface of another planet in the same system. Looks extremely smooth. Maybe it has something to do with... 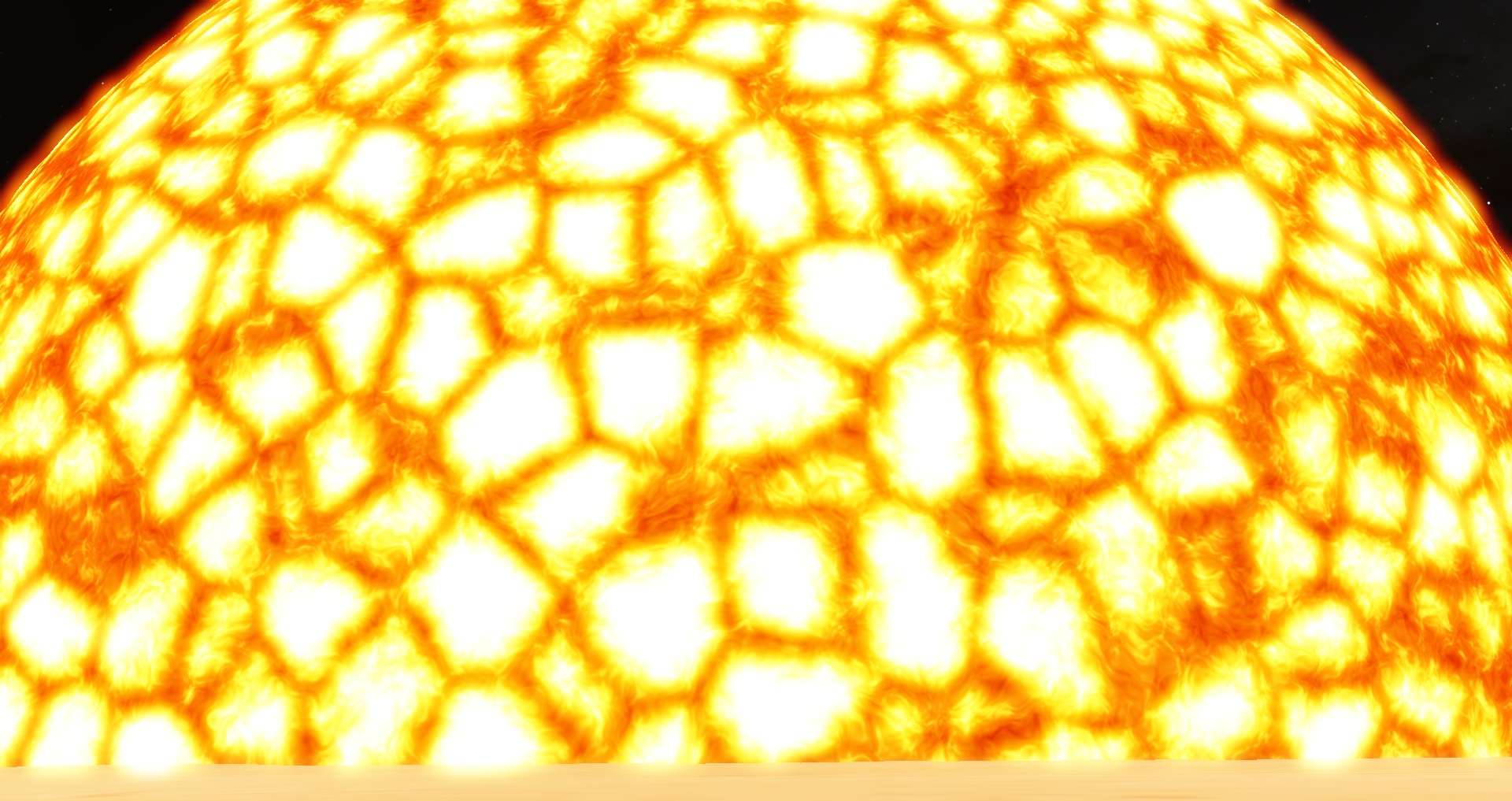 THE STAR THAT COVERS 90% OF THE SKY THAT PROBABLY MELTED EVERYTHING
No photoshop involved, this is literally the size of the star. It's absolutely massive. I hope I could've got recordings, but space engine crashes every 5 minutes, just take my word that there was nothing I did to change the photo at all. 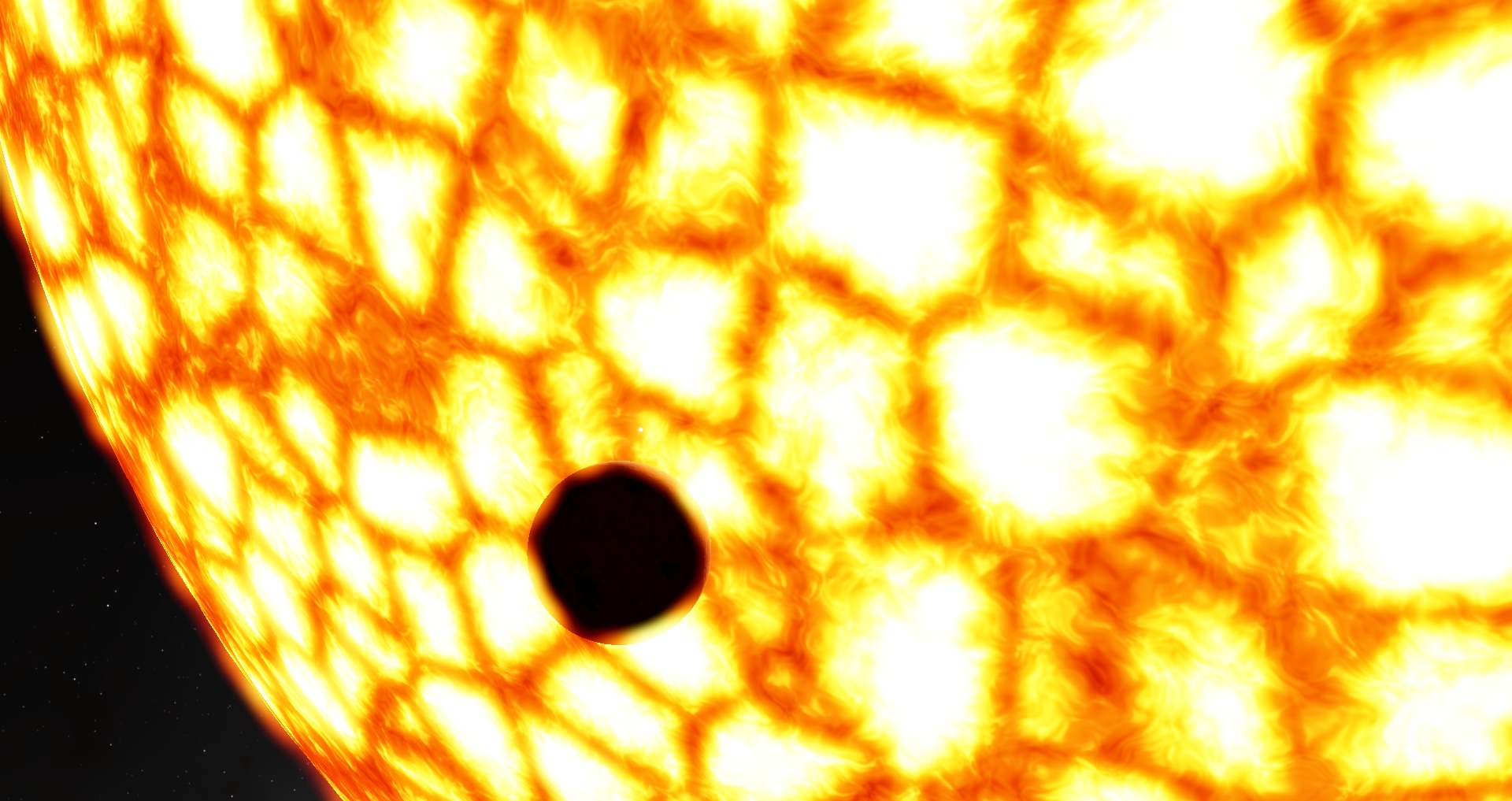 
Sorry if I'm breaking any rules in this thread. I just joined.
Top
TickTockBoom

tlhrek2011 wrote:
I did find a black hole that I affectionately named Sanic, but I don't know how to share the coordinates.
Not sure if this is normal, but it had a rotational speed of .199 seconds.

That is quite a normal speed.
Top
Fisker

TickTockBoom, hi. Glad for your finds. The swirls around the star you see it's the Corona. You should see it for every star, I think depending to the spectral class.
"Time is illusion. Lunchtime doubly so". Douglas N. Adams
My mods | My specs: Asus x555ub - cpu i5-6200u, ram 4gb, gpu nvidia geforce 940m 2gb vram | IRC freenode.net canale ##SpaceEngineITA
Top
Mosfet

Not exactly an anomaly, and I'm pretty sure many people have seen this, but it does look a bit strange. 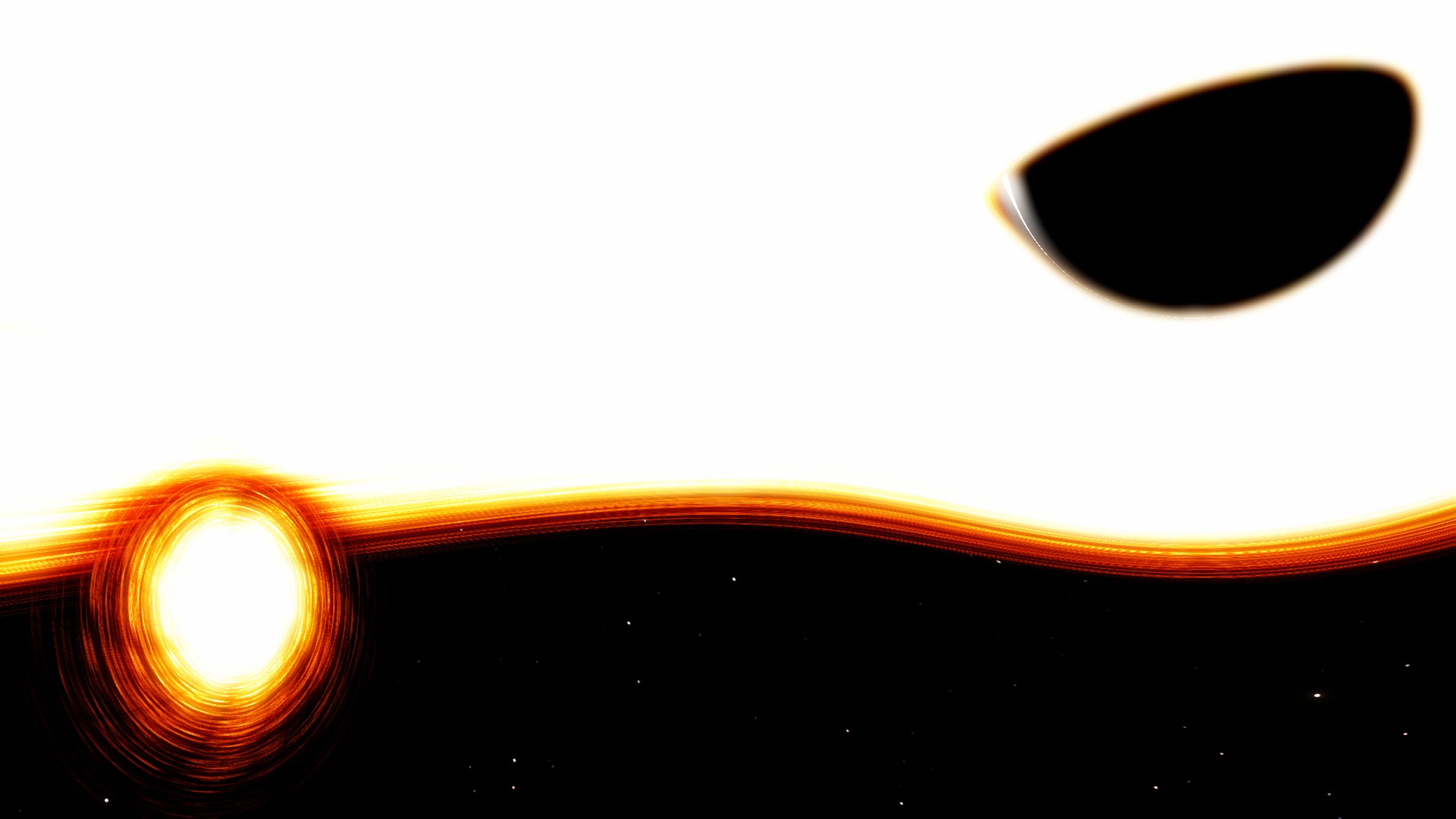 That's either a white dwarf or neutron star (can't remember) orbiting Sag A*. Surprised me the first time I saw it, thought it was another black hole.
Top
EUIVic

Where's that located
"The bourgeoisie has stripped of its halo every occupation hitherto honoured and looked up to with reverent awe. It has converted the physician, the lawyer, the priest, the poet, the man of science, into its paid wage labourers."
Top
The Potato

Also just about anywhere in the galaxy NGC 4435.
Space is too big to understand, so do not try to understand.
Top
Xoran