Everything it does is listed on its store page.

by ProximaCentauriB
Congratulations on a job well done! Everything about this new version is just so beautiful. The attention to detail is exquisite. I'll look forward to exploring new planets as they're added via Steam. by Mouthwash
I zoomed in on the planet you start by and found that the shore consists of right angles. Not a great first impression. I do love the new terrain (although the "pebbles" terrain looks heavily tessellated from a distance).

It's too soon to form an overall impression, though.

by Heaven's Disciples
The Steam release has an incredible amount of improvements from the beta version.
SpaceEngine is truly amazing software. I do have a few questions, though.

Are there future plans to create an API to allow developers to create plugins that can run directly on SpaceEngine? For example, if someone had an idea of creating a custom planetary system generator. by A-L-E-X
Yay I finally bought it!  I just got the Standard version for now because I dont make videos and only have a 6 GB graphics card so not sure I will even be able to use the higher resolutions possible with the Pro version.  Can I get the Pro add-on for $60 at a later time if I feel I need it?  Also what do I do now- I see a green button for "remote install"- I'm on the computer I bought the program from and will install it on, should I press the green button on the web page?  I already have the Steam app installed.  Or should I click on the blue button at the bottom, where it says "Install your new games now?"

by nasigoreng
Hey everyone
My apologies if I am posting wrong.
Is SLI function available in the 0.990 version of space engine?
When I checked Vladimirs web site in the past whilst I was using the previous free version it stated that SLI had been implemented.
Also someone confirmed with me on this forum that it would be.
I have bought the steam version and it does not seem to function or show any settings that it is available and I know for certain that my two identical 650 TI boost are running sli fine in benchmark.

Any help on this issue would be great otherwise space engine and this blasted windows machine will just have to be mothballled and collect dust again for a while until a better option to enjoy this software presents itself.
Cheers all and thanks again.

by GP300
I would love to have the option have a mode with "auto exposure" = ON and "real sun/planet brightness" = OFF, or enabling the option to set "real sun/planet brightness" = ON or OFF in the cfg-file ny adding the commands there without having to mess up the nice gui with additional checkboxes. Maybe it's hard to add that option to 0.990 due to it being so different internally compared to 0.980? Programming isn't my strong side.

EDIT#2: ...and after some additional tinkering exactly like I wanted. The new features in 0.990 are amazing. Thanks for all the hard work!

by Julian
Is applying geological strata to volcanoes a new behavior in 0.990? I don't recall ever seeing them in 0.980, and we really shouldn't expect to see horizontal strata on volcanoes like this: 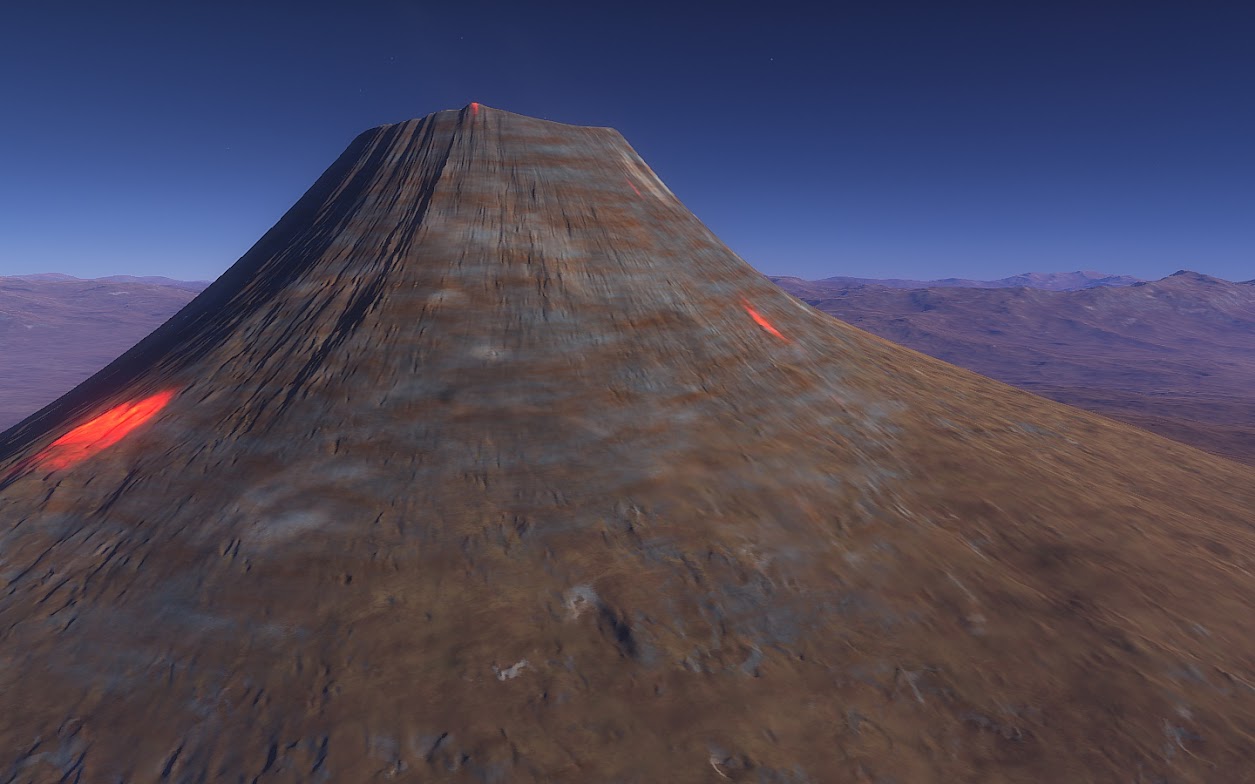 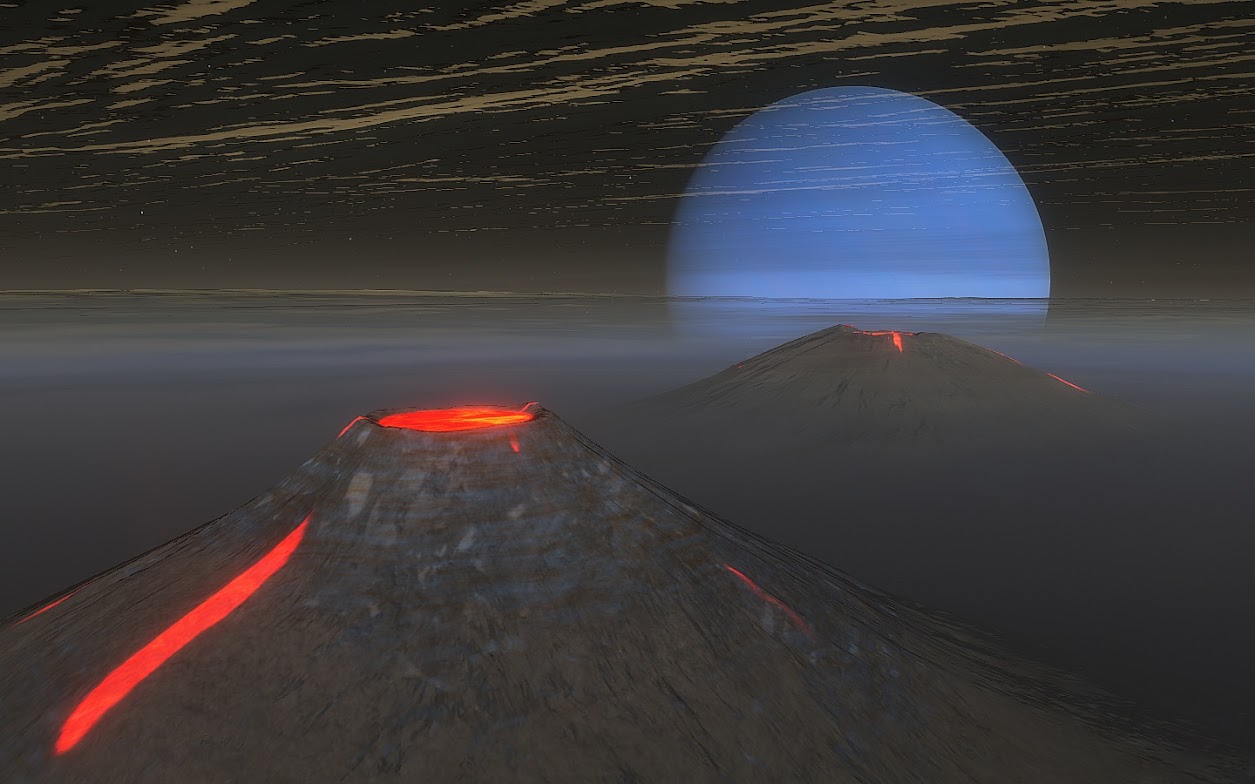 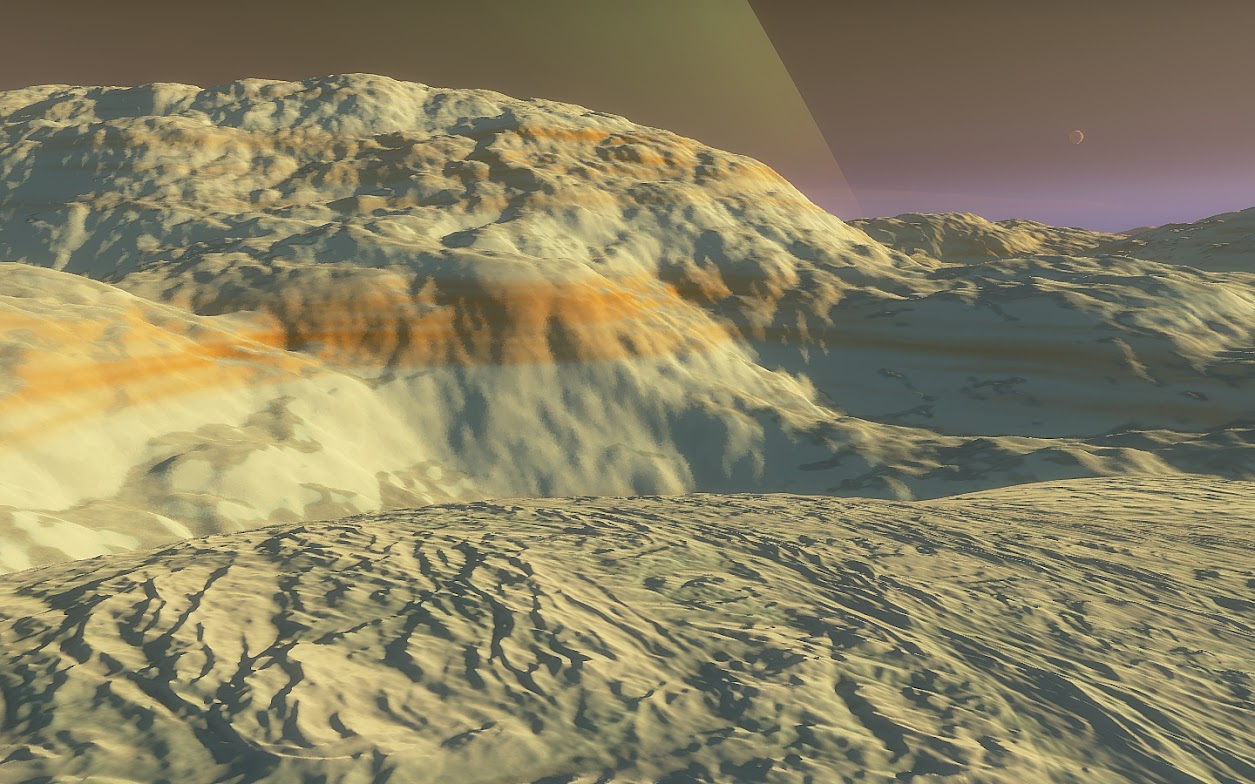 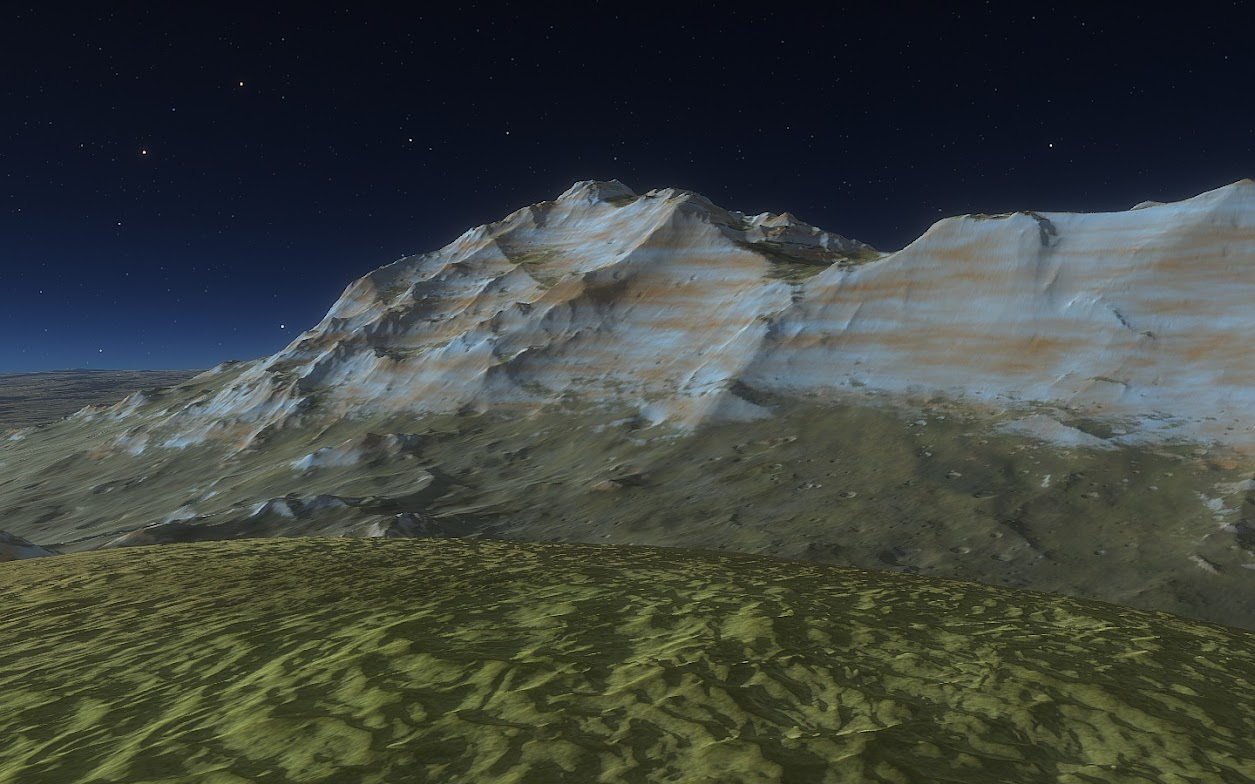 by nasigoreng
even though i dont like windows or steam or c++ and my space engine is not performing as good as I would like.
and i cant punctuate or spell or want to right now

by callmejohn
Really disappointed that 'Real Planet' and 'Real Sun' brightness check-boxes have been replaced with this awful 'Photo Mode'....

I hate auto exposure so i don't want that on at all BUT I prefer realism in regards to planet brightness, it is so odd seeing planets 300AU from its red dwarf binary stars and yet the planet is lit up like a Christmas tree!!.

by AyaReiko
[quote="Mouthwash"]I zoomed in on the planet you start by and found that the shore consists of right angles. Not a great first impression. I do love the new terrain (although the "pebbles" terrain looks heavily tessellated from a distance).

It's too soon to form an overall impression, though.[/quote]
Just about every planet with oceans or seas I've visited so far had all of the shorelines be rendered as steep cliffs. Judging by the stretched out textures, I'm guessing this wasn't intended.

by TheRedstoneHive
Auto exposure and HDR modes are meant to be more realistic, where auto exposure is meant to replicate a normal camera, and HDR is meant to replicate a long exposure mode, but instantly. It will take some getting used to, but it is much more realistic and if used correctly; can produce some amazing screenshots.
All times are UTC-07:00
Page 44 of 46
Powered by phpBB® Forum Software © phpBB Limited
https://www.phpbb.com/