Does anyone know if these two lines are recognizable orbit parameters from SE?:
► Show Spoiler
Code: Select all
I am trying to sync the ISS with its real position but it is either a few thousand kms ahead or behind its real position (but on the correct track).
This is today's (21-07-2019) orbital elements and this is what I've got in SE:
► Show Spoiler
Code: Select all
In the manual it says that the epoch must be in Julian days but I don;t know how to convert it from UTC days*
* Correction I found a site that does that (thank you internet & google) - I will report back..

Yay! That site did the trick:
► Show Spoiler

I have an old version that HarbingerDawn and I setup a long time ago, similar to the above mod

Thanks fot that Doctor of Space, I think this version was on the old forum but had not been reposted here. I've tested it in 0.990 and it does work fine. The HST is a great  addition too. I remember I had these on 0.980 but after a hard drive failure and reinstall, I lost it and never found it again. ( I even thought I had imagined the whole thing or seen these models elsewhere since I Here's a comparison, the new one on the left side, and the old one on the right side. So you can see it's very similar (with some diferences, such as the cupola windows shutters are open in the old one and closed in the new one, the new one has more soyuz sapcecrafts docked...) and of course the new one, being heavier in file size and graphics ressources, benefits from more detailed structures in the truss section (more polygons and vertices) and the texture/materials are also more detailed. So that's up to you whether you prefer the lightweight version or the heavyweight, depending on what your CPU and GPU can handle. But you now have the option.
Core i7-8700 [email protected] RAM 16GB GPU NVIDIA GeForce GTX 1070 8GB VRAM
"The saddest aspect of life right now is that science gathers knowledge faster than society gathers wisdom"
Isaac Asimov
Top
astroclu

The cupola is definitely a goodie to have so I'll try to modify the "hi-res" model to have the shutter open and be able to use it.
Here are some views form the cupola. Doc any chance we may ever get this ISS?:
► Show Spoiler

These are all from your post here.
And the Enterprise wouldn't be bad as a cherry in the cake

That ISS was random sml edits to the above linked model, doubt I still have them.

DoctorOfSpace wrote:
Source of the post That ISS was random sml edits to the above linked model, doubt I still have them.

Is it possible to reduce the size of the entire spacecraft in the editor, and not just individual modules? This option is currently disabled.
Top
kosmitek

Well, in this case, the ISS is a single huge module, you can select the edit module option and resize the whole station as you wish.
Core i7-8700 [email protected] RAM 16GB GPU NVIDIA GeForce GTX 1070 8GB VRAM
"The saddest aspect of life right now is that science gathers knowledge faster than society gathers wisdom"
Isaac Asimov
Top
astroclu

Is it only me or does anyone else have this problem? When I go to ISS, and when it pops out in my FoV, I get a sudden yet continuous framerate dropping. It drops to 5 FPS, and it keeps that framerate till I look away (and the framerate comes back to normal immediately). I checked my Task Manager, my GPU 3D Engine load suddenly dropped to about 1/3 when the ISS model popped out. 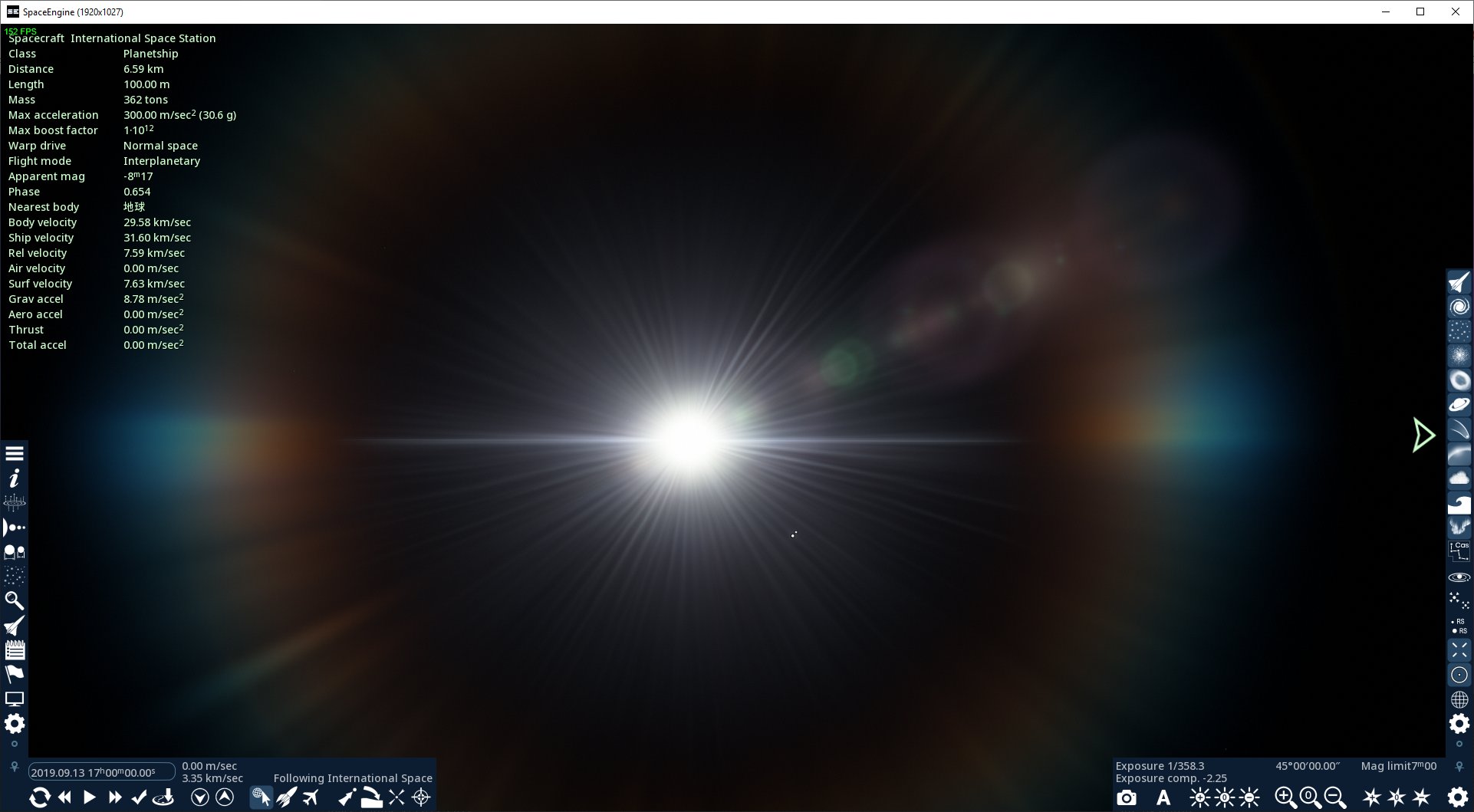 ↑That's when it's normal (See FPS at top left corner) 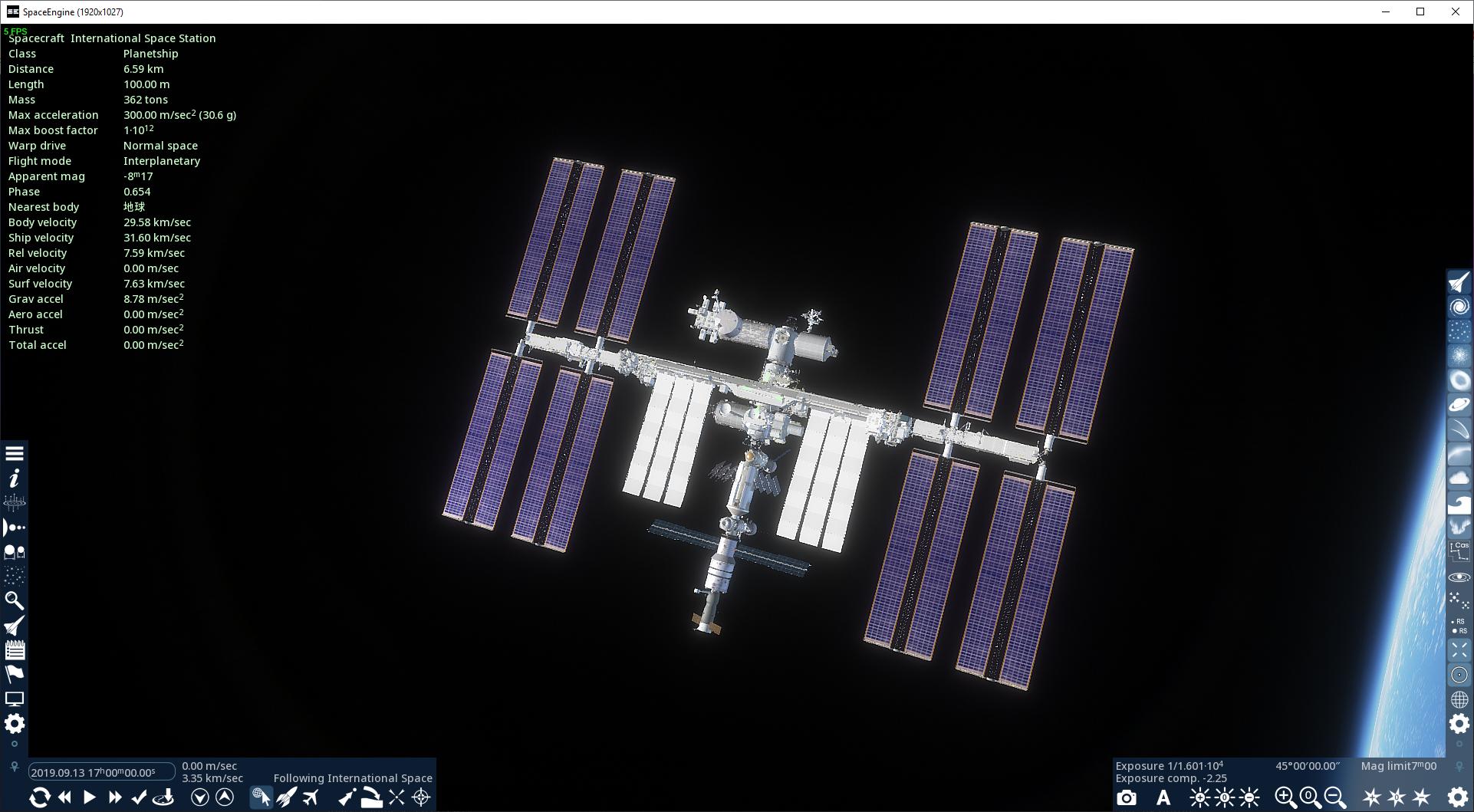 Maybe one day, when SpaceEngineerfully implements PBR rendering on SE we can think of this kind of modeling for the ISS:


At least the exterior. PBR its going to be an awesome feature.
Top
FastFourierTransform
Post Reply