Quarior wrote:
not 0.9.8.0e (the patch released a few months ago)
These systems only work with that version

Hi, would it be too hard to make your addons compatible with 0980?

So you don’t quote the good people because is tRetro-Visor said the sentence, otherwise I don’t know how to convert from 0.9.8.0e to 0.9.8.0 so maybe the author or a other modder can answer to this question.

Sorry I meant to quote him.

tRetro-Visor wrote:
Yes. It means doing the systems again because certain scripts have to be rewritten. But you might as well get the patch.
I don't know why some of you don't have the 0.980e patch installed 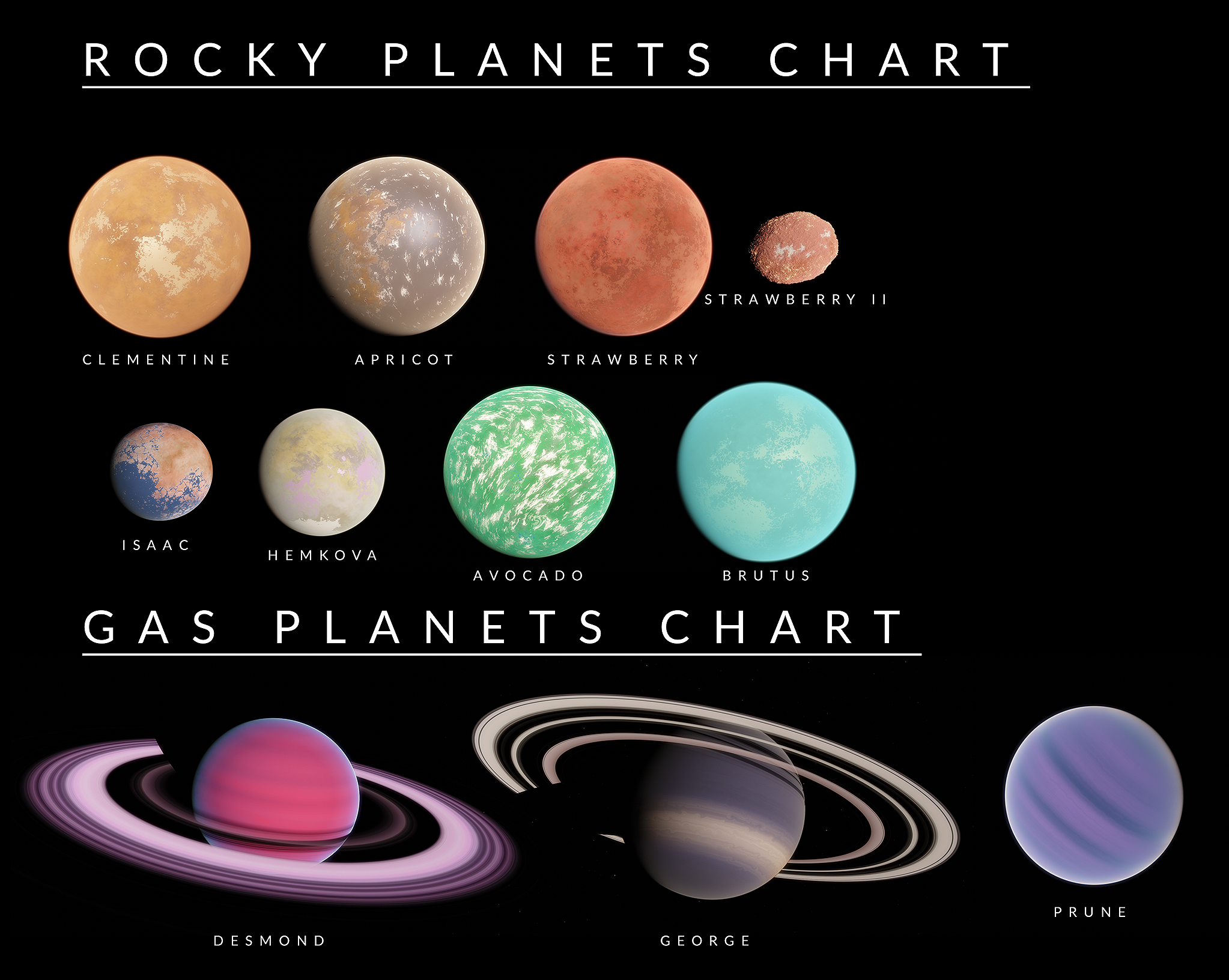 SHORT DESCRIPTIONS
Rocky Planets
Clementine: Hot terra. Shallow acid lakes. Orbit has changed through the ages due to orbital drag caused by Prune.
Apricot: Warm terra. Planetary twin of Strawberry that hasn't lost its oceans. Oxidized surface give the planet an orange/red hue, which gave the planet its name.
Strawberry: Cold desert. Literally a red planet. Mars-like desert. Red colored surface, with traces of rivers channels that have long been lost.
Ventra-5 g I: Cold Selena. Also know as Strawberry II, its a small, cratered moon of Strawberry. Shares Strawberry's red hue, with patches of yellow.
Isaac: Cold mini-terra. Isaac suffers huge tidal forces by Desmond, which causes its south polar region to melt its ice caps due to heavy tectonic activity. Moon of Desmond.
Hemkova: Cold terra with life. Hemkova also has tidal heating, which caused its oceans to slowly evaporate. All that remains are shallow "pink" salty lakes that harbor unicellular lifeforms. Moon of Desmond.
Avocado: Temperate Terra with life. Green colored terra, covered in grass and small lakes across its surface. The pressure of its atmosphere has caused lifeforms to develop means of gliding all over it. Moon of Desmond.
Brutus: Cold Titan. Pale cyan colored surface, produced by water ice and high amounts of liquid nitrogen, that boils to the atmosphere and falls as raindrops that carve the surface of the planet. Moon of George

Gas Giants
Prune: Warm ice giant. Purple colored clouds. Prune is one of the first planets formed, and worked its way closer to its star, causing all the rocky planets to be filled with different materials. Currently, it disturbs the orbit of Clementine, drawing it closer to its parent star.
Desmond: Cold gas giant. Distinctive red colored clouds. There's no explanation for the color of its clouds. Bright pinkish colored ring system, caused by ice particles and red colored organic material.
George: Cold ice giant. Distinctive white storm in the southern hemisphere that switches places based on the position of the ring shadows.

DOWNLOAD
Place the .pak file in the addons folder
"Somewhere, something incredible is waiting to be known."
Top
tRetro-Visor

I have made the first four addons of tRetro-Visor compatible with SE 0.980. (TTA-17, JAMES-X1, CYPHON and Proxima b). I have packed them together in one .pak file.

It's easy. Only the expression 'Precession 0' needs to be removed from the files.

JackDole wrote:
I have made the first four addons of tRetro-Visor compatible with SE 0.980. (TTA-17, JAMES-X1, CYPHON and Proxima b). I have packed them together in one .pak file.

It's easy. Only the expression 'Precession 0' needs to be removed from the files.

JackDole wrote:
Only the expression 'Precession 0' needs to be removed

Really? lol I was almost 2 hours figuring out what the issue was. Thanks
"Somewhere, something incredible is waiting to be known."
Top
tRetro-Visor

There are some other minor issues but these are easily fixed:

I just copy-pasted the randomly generated values in the corresponding catalog\star\*.sc files so the console message disappear. I don't know if these are the intended locations of these systems in the galaxy though.
Further corrected the script(s) as per JackDoles instructions: N0B0DY wrote:
Source of the post There are some other minor issues but these are easily fixed: 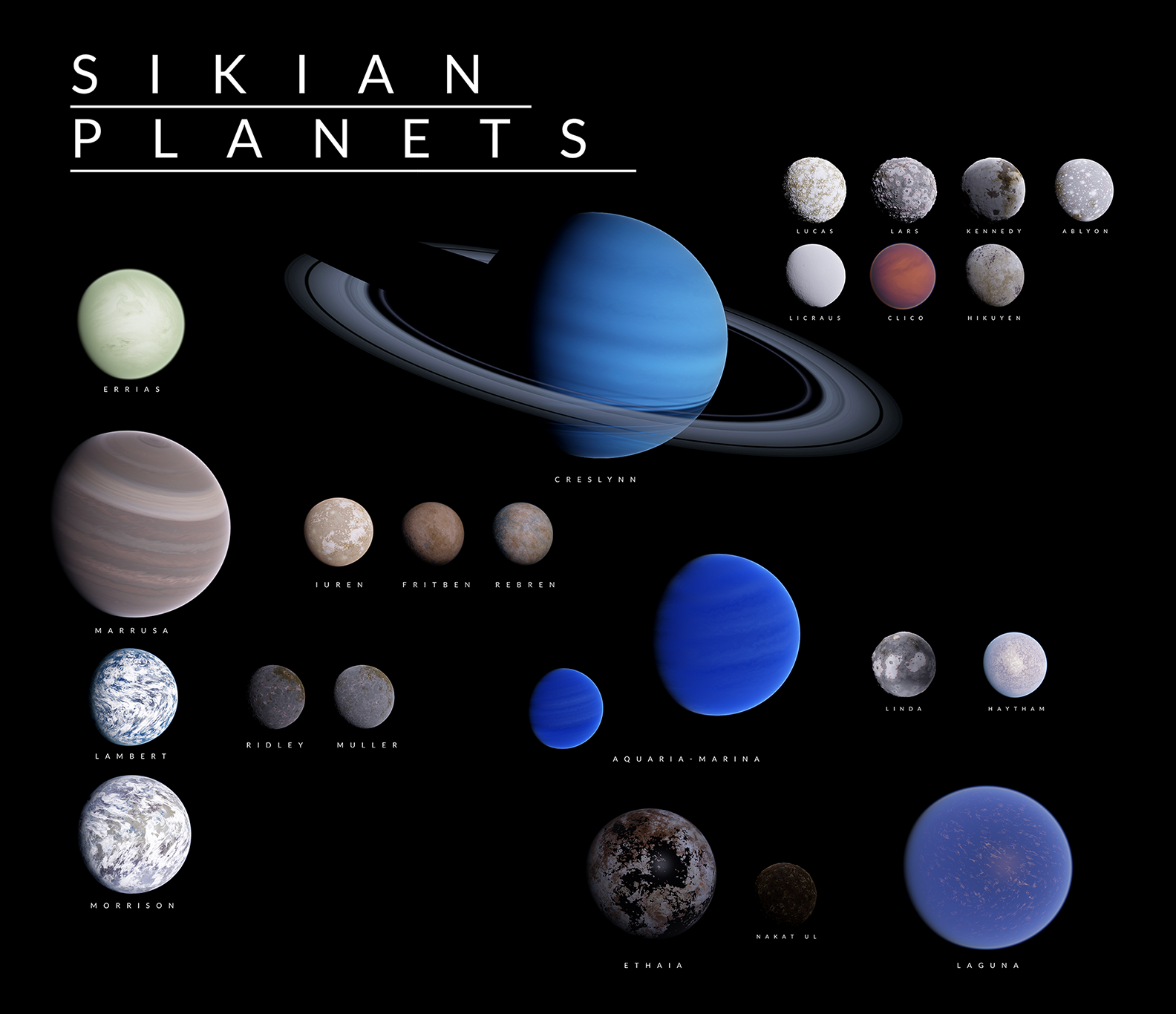 This one is by far the most complex one I've made. Took me almost a month.
Terrain modification, color modification and it also features a "test" gas giant with dynamic clouds, moving at different speeds, with a bit of a nod to Saturn's south pole

DOWNLOAD
"Somewhere, something incredible is waiting to be known."
Top
tRetro-Visor

I'm floored! Wonderful effort in so many ways, but most noticeably, keeping things natural looking deserves a round of applause! Exactly what I was hoping is possible. That's all I thought about driving into work this morning. Ha

Any way to add accretion disk around younger stars similar in ways to planet rings? Stuff a planet into a star maybe?

Jokel317 wrote:
Source of the post the story and explanations

About that. The new system is getting detailed descriptions and backstories, but its taking a different approach
"Somewhere, something incredible is waiting to be known."
Top
tRetro-Visor 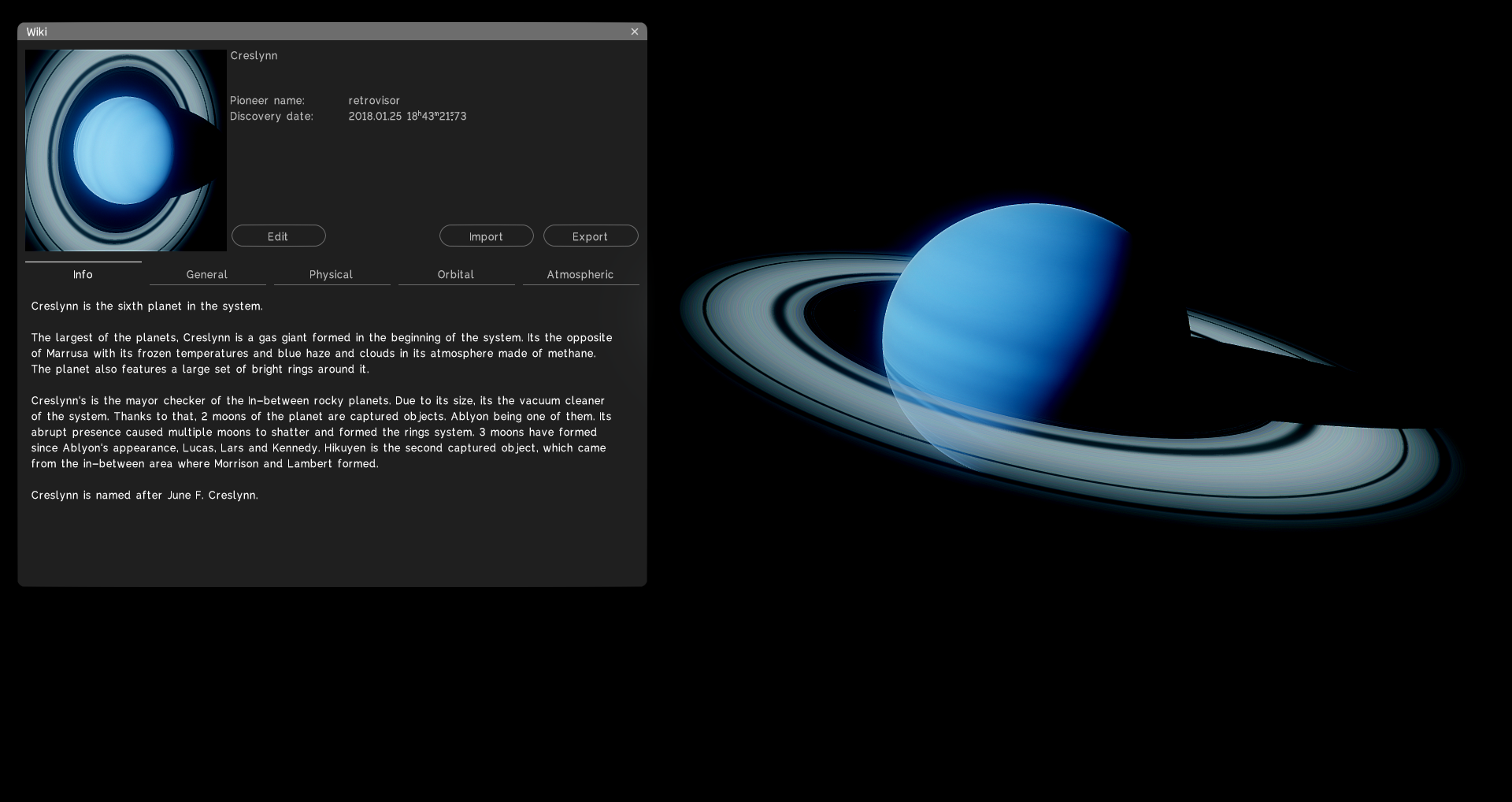 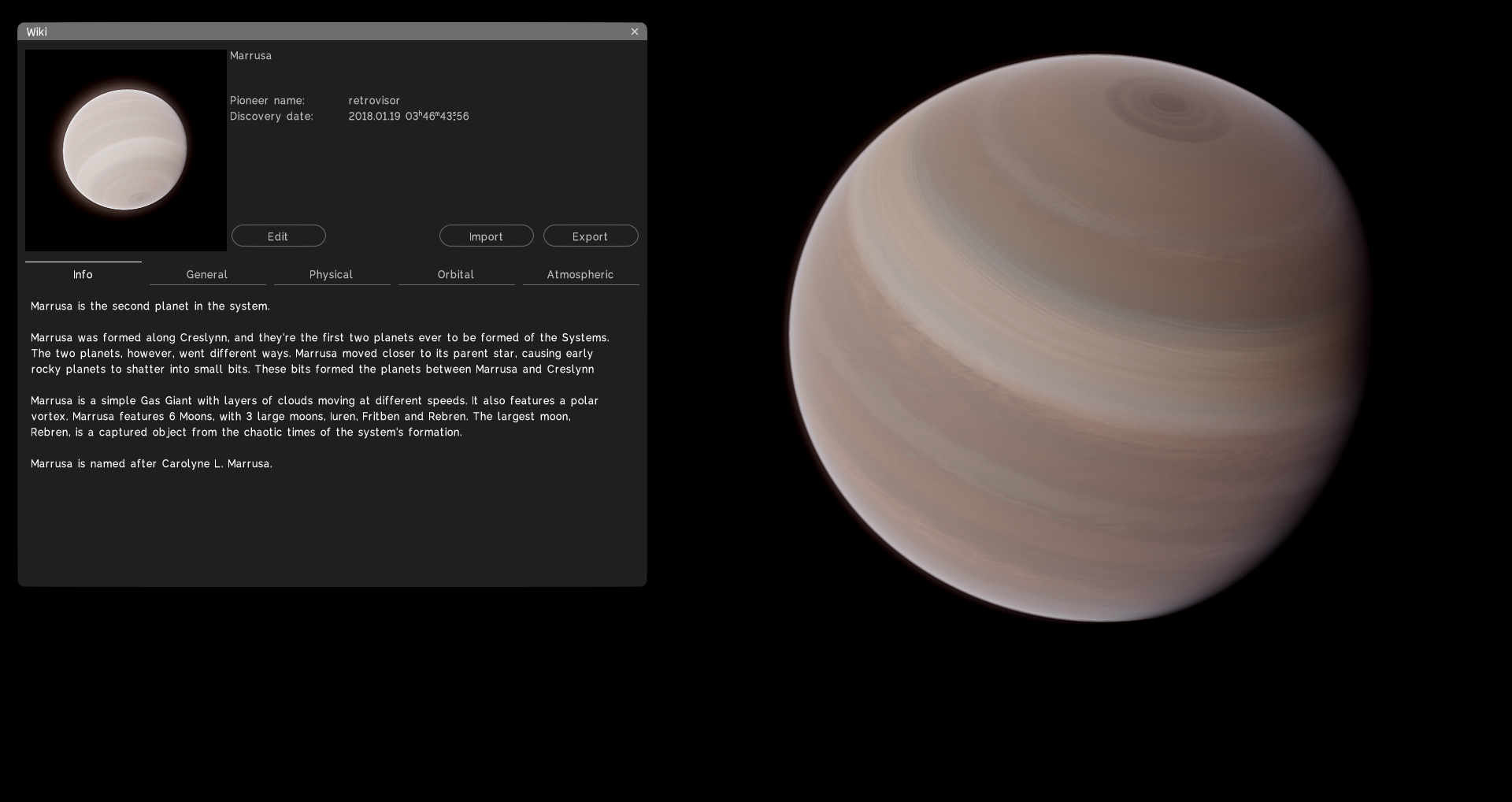 Object descriptions for my Custom Systems will use this new method. As it can't be ported as an addon, what you have to do is copy and paste the text in the user-eng-db - Sikian.cfg file to your user-eng-db.cfg file in the config folder. Have fun reading!

"Somewhere, something incredible is waiting to be known."
Top
tRetro-Visor
Post Reply