by SuperMarioFan126
Apparently nobody understands that volumetric clouds in SpaceEngine are impossible. (except for SE mods and SpaceEngineer himself)

SuperMarioFan126 wrote:
Apparently nobody understands that volumetric clouds in SpaceEngine are impossible. (except for SE mods and SpaceEngineer himself)

It's not impossible, it just takes more effort. What about this: use the base SE cloud shader, but smoothly fade in a volumetric shader when the camera gets to a certain distance from the clould layer, and smoothly fade out the polygons of the base shader (but what do you do about zoomed-in views?) Where the base shader is transparent, the volumetric shader must also become transparent.

by Terran
I agree that it is not impossible, but rather extremely impractical. It would probably require a decent modification to the engine to pull off, I can totally see it being done though. (by space engineer that is)

Personally I would recommend a fractal that is reflected and modulated to save performance, and somehow stretched or something to appear more cloudlike. I would ditch transparency for the most part unless it could be done without causing massive lag. I have poor experience with this kind of programming so all I can say is: without an engine update to allow for this, no modification can pull this off.

by SalgadoUniverse
How do I install this modification for the most recent version of steam? probe install it in the following path C: \ Program Files (x86) \ Steam \ steamapps \ common \ SpaceEngine \ addons

however I do not see any modification in the lands of the planets and moons.

I want to install this modification so that the biomes of the planets with more landscape diversities are more realistic.

can anybody help me?

by donatelo200
You have to delete the cache before the mod will load.

by spectralSquire
When I try to install this mod manually, I get a ton of weird rendering issues and visual artifacting in game. I took a screenshot of a particularly nasty example:
► Show Spoiler 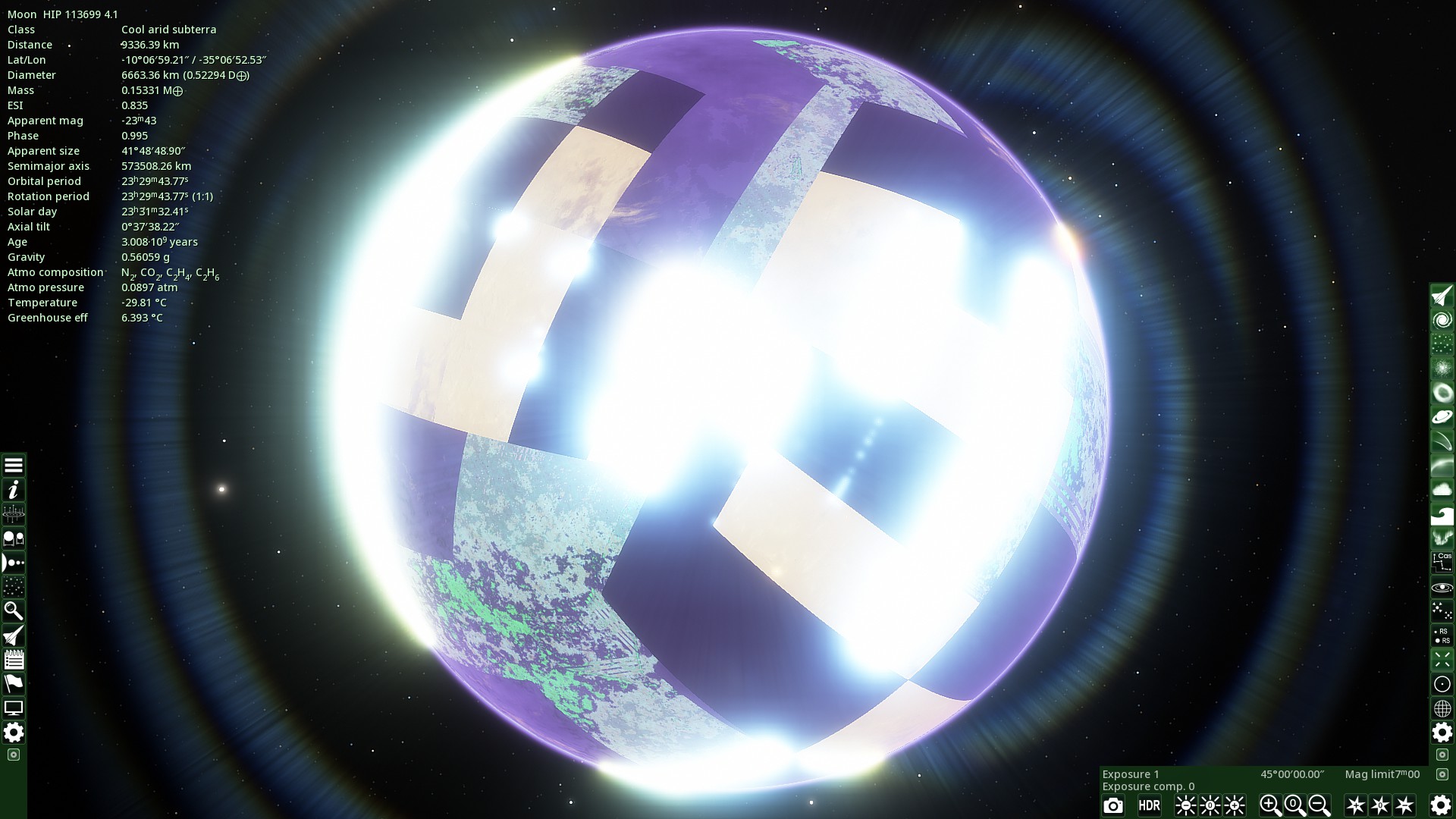 Is there anything I'm doing wrong here, or does this mod simply not work anymore with modern versions of Space Engine?

by Mosfet
The latter. It doesn't work well right now, it does that.

spectralSquire wrote:
Source of the post  get a ton of weird rendering issues and visual artifacting in game. I took a screenshot of a particularly nasty example:

As far as I know, this has nothing to do with Rodrigo's Mod. (At least not only.)
I am not using this mod and I also have the problem occasionally. Deleting the 'cache' folder in the SpaceEngine directory helps.
(I suspect it has something to do with the graphics settings being too high and insufficient VRAM available.) by Julian
Rodrigo, thanks for making the 0.990 version of your mod available on Steam Workshop. I've noticed one peculiarity sometimes: grass growing on top of snow. 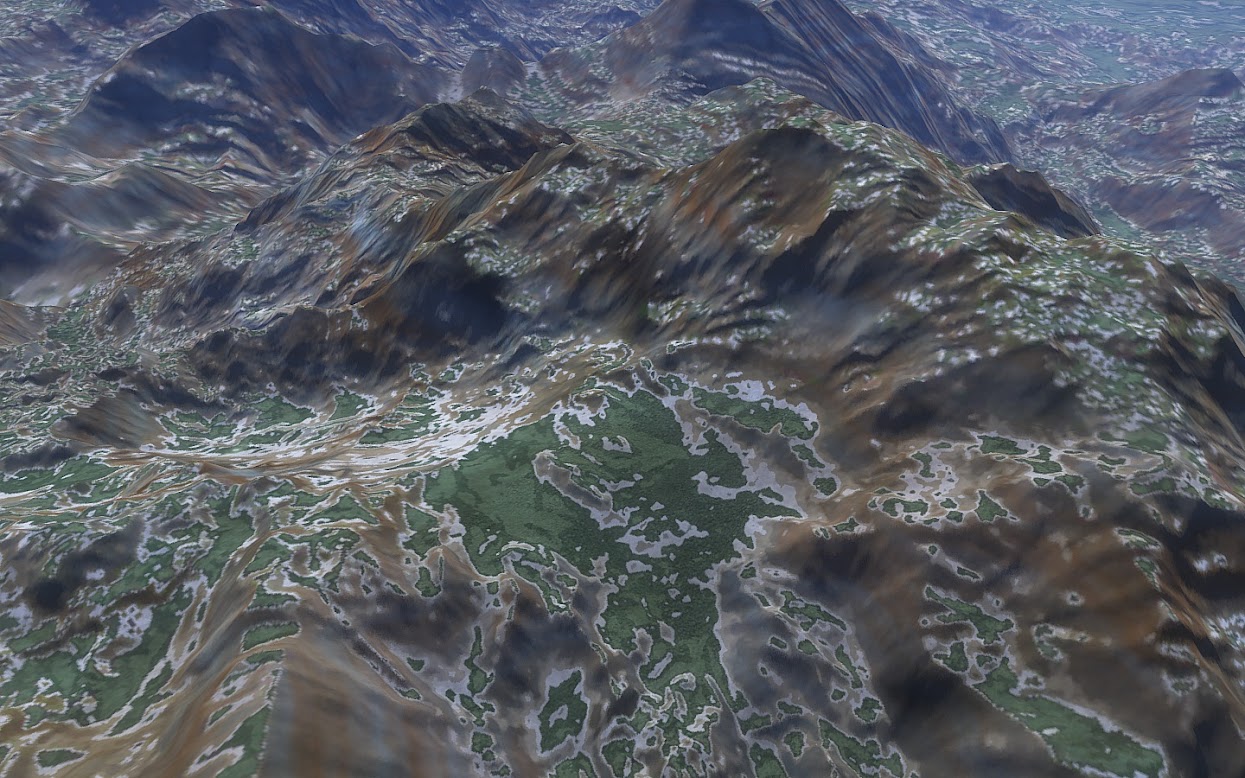 by LigH
I tried to install the PAK file for v0.99 on v0.990.41 and got an error message that shaders could not be loaded.

But then I found that it is available in the Steam workshop, and this one works nicely.

by JackDole
If the normal version works for you, stick with it. If not, take the beta version. But only ever take one version!
(By the way, Rodrigo's mod will probably no longer work in the next version. It would then have to be changed again.)
All times are UTC-07:00
Page 7 of 8
Powered by phpBB® Forum Software © phpBB Limited
https://www.phpbb.com/