Just got around to testing it, and I still have this issue.

Anyone else having this issue?
I noticed that shader changes only take effect after deleting the cache folder, so could you try doing this?
Top
rodrigo

a little suggestion for volcanoes. ;p
not sure if it's okay to suggest things here for addon makers.
would delete if you want. They look like standard SE volcanoes besides some texture differences.
Top
spaceguy

Is Rodrigo's mod going to be implemente onto version 0981? Not as a mod, but an actual change in the engine? Because that would be fantastic, terrain in SE is repetitive, and those additions and fixes would be appreciated.
S M OO T H RºCªMBºLºNE
Top
ARBB

We had a terrible bug with gas giants clouds. How can we deal with it?
Top
Yaoneducktwo

SpaceNer wrote:
I have an idea, I think you should update this or make a mod to have volumetric/3d clouds!

one if the most impressive scenes in alien covenant is the height on the the bump maps on the clouds
maybe making the bump maps have more height could replicate this?
"Look on my Works, ye Mighty, and despair!"
Top
kipster

Would it be possible to add the Intertropical Convergence Zone (aka that band of clouds at the equator) on procedural planets? SpaceNer wrote:
I have an idea, I think you should update this or make a mod to have volumetric/3d clouds!

one if the most impressive scenes in alien covenant is the height on the the bump maps on the clouds
maybe making the bump maps have more height could replicate this?

I actually did that with my Belle Hades planet, although I don't know when I'll be able to release the update. :S

Essentially, Earth without plants looked quite a bit like default SE rivers without mods, and currently, Earth with plants have rivers as we know them now. Rodrigo would it he possible to simulate this in the shader mod? Basically, a terra would have to have life on it before the Rodrigo rivers can be activated?
Specs: Dell Inspiron 5547 (Laptop); 8 gigabytes of RAM; Processor: Intel® Core™ i5-4210U CPU @ 1.70GHz (4 CPUs), ~2.4GHz; Operating System: Windows 7 Home Premium 64-bit; Graphics: Intel® HD Graphics 4400 (That's all there is

Go explore! There are some nice vistas out there

Hmm, would it be possible, for rivers that have no outlets such as here, that the central island would be removed so it could be a lake instead? That way it'd increase realism even more. 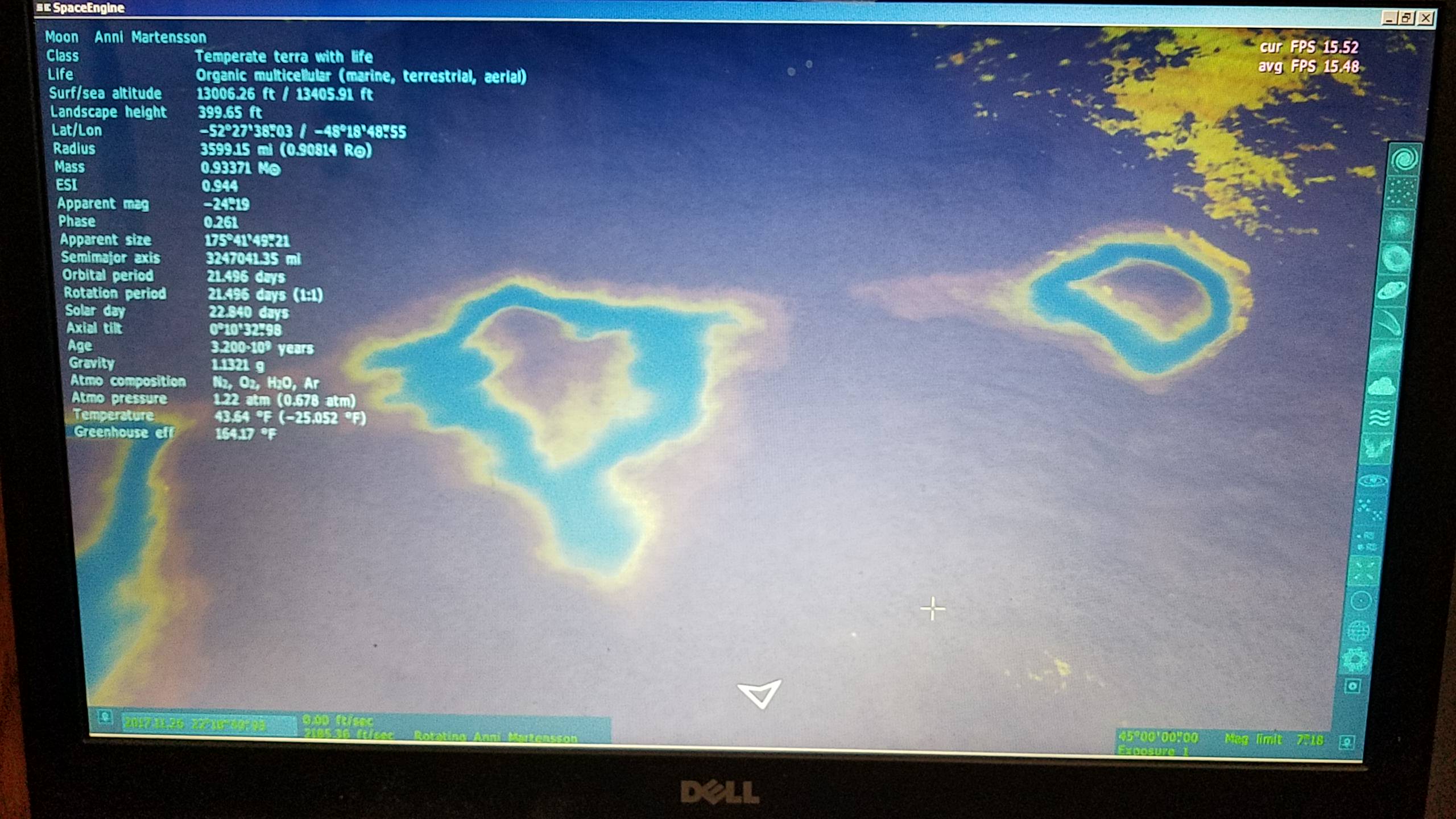 Procedural noises are not so easy to manipulate. Basically, because you don't know where some feature will appear, they are noises at the end. Also, there is no way to determine that the feature is, i.e. in the code you have no place like "island_in_a_looped_river = ..." That loops appear because of too large modulation of the input coordinates to the function, which generates the depression in the elevation (the river bed). So the island is simply one shore of the river. If you adds a damping to that shore elevation, this will result in turning half of the continent to the ocean, in a places where rivers "flows" normally.
Top
SpaceEngineer

Yikes! Good to know, thanks

There is no way to calculate the loop size. They are unplanned features, appearing due to too high amplitude of a noise, which distorts a river shape. With a procedural noise, you can't predict where any feature will appear, and can't predict or calculate its parameters such as a size. You may only tweak them "in average", and modulate some of their parameters by another, large-scale noise (like river "amplitude" is damped at high elevations and in the seas).
Top
SpaceEngineer
Post Reply