midtskogen wrote:
Norwegian authorities estimate that the mortality rate of Covid-19 is 0.31% or three times that of the seasonal flu.  So far 275 deaths have been associated with Covid-19, and more than 90% of the deaths have been in the 70+ age group.  The 2018/19 flu season gave about 1400 deaths by comparison.  This probably means that the social restrictions since March (no large congregations, work-from-home recommendations, quarantines, etc) will make the total deaths in 2020 lower than average.  Currently there are around 150 new confirmed cases daily in Norway and the number is fairly stable. The two largest cities in Norway have been worst hit.  22 people are currently hospitalised in the country for Covid-19, of which 3 receive intensive care.

In short, the effects, or manageability, of Covid-19 seems to correlate pretty strongly with population density.

well population density correlates pretty well to other things also, like higher air pollution and asthma rates, as well as (especially in NY!) we have a high rate of diabetes and obesity because of unhealthy processed food consumption.  The clincher for me are the hospital studies that show that the people being hospitalized are overwhelmingly (96%!) those that have either asthma, diabetes, obesity or some other comorbidity.
Last edited by A-L-E-X on 12 Oct 2020 15:33, edited 1 time in total.
Top
A-L-E-X

Watsisname wrote:
Source of the post One caveat to this however is that the most population dense regions of the US are mostly the coastal states, especially in the northeast, which were also the first to be impacted due to the location of major transport hubs.

Yes, but the correlation between population density and being major transport hubs is no coincidence.

The situation here now is that outbreaks pop up both in the largest cities and elsewhere, but it's harder to contain in the larger cities, whereas elsewhere the outbreaks are quickly killed.

It also depends on what kind of testing.  PCR testing is much more accurate, and doesn't deliver the high rates of false negatives.
Top
A-L-E-X

It seems the autumn surge is upon us. Many countries in Europe and particularly the UK are back in crisis mode:

The situation here in the US is likewise alarming. Colder weather driving people indoors, pandemic fatigue, and the reopening of schools and universities is ushering in what I guess we might call surge #3. Day by day I've been watching as more states turn from yellow to orange, and from orange to red, on the Covid Act Now risk map. And it's not just from more testing. Positivity rates, hospitalizations, ICU hospitalizations, and deaths are rising again in the central states.
Top
Watsisname

Watsisname wrote:
Source of the post The situation here in the US is likewise alarming

The rates per 100K is pretty similar to what we have in Norway, but a positive test rate of around 20% in some states is alarming.  It means that there is little testing and the real rate per 100K is much, much higher, outbreaks are not contained and few get quarantined.  Authorities seem unprepared.

Over here schools reopened before the summer break.  Hotels and restaurants did pretty well this summer (but are now in trouble again since companies don't do physical conferences yet).  Since schools opened in August there have been several outbreaks at universities and high school, mainly traced back to student parties.  This time the young are hit, but their symptoms are generally mild.  I have kids in three different schools.  Two of them have had positive cases and one closed for a day until contact tracing had been completed, but we've dodged quarantines so far.  Two tests, both negative.  The tests were booked online, done at no cost a few hours later in a drive-in fashion, and the result came in the same day in both cases.  So things seem to work as they should.

Europe is basically following the Swedish model now, i.e. schools and businesses are open but social distancing are encouraged and to some degree enforced (some types of gatherings prohibited) and crossing borders usually implies quarantines.
NIL DIFFICILE VOLENTI
Top
midtskogen

Many of those states that are above 10 pct positivity are states I would never live in, even before the pandemic.
Top
A-L-E-X

Linked on Discord. A simple but powerful visualization comparing the COVID-19 pandemic to others in more recent memory, by cumulative deaths from the date of outbreak (I'm not sure exactly how that date was determined, but it seems good enough.)

To think: COVID-19 is a mitigated pandemic... the most strongly mitigated pandemic in the history of the world. And even with all these measures, this is what it has managed to do and is still doing.
Top
Watsisname

Curious to get your thoughts on this- why wasn't HIV considered a pandemic?  It seems to have been a far more dangerous virus and it was decades before we had an effective treatment to it.  It even got into our blood banks and people got infected that way.
Top
A-L-E-X

A-L-E-X wrote:
Source of the post Curious to get your thoughts on this- why wasn't HIV considered a pandemic?

As noted by wikipedia, some authors do: 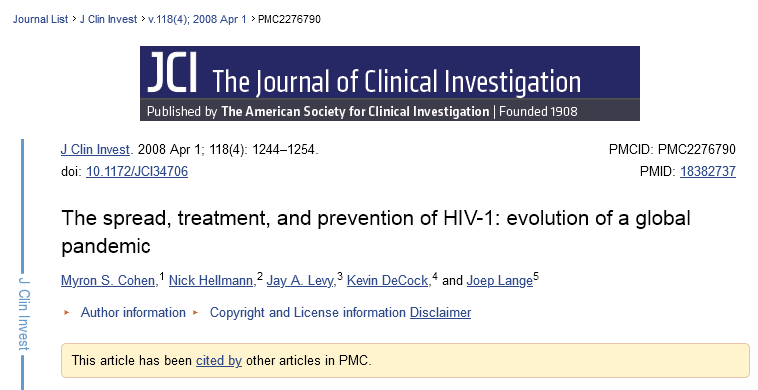 The WHO does not, calling it instead a "global epidemic", which from my naive perspective seems like exactly what you use the word pandemic for. The classical definition of a pandemic is "an epidemic occurring worldwide, or over a very wide area, crossing international boundaries and usually affecting a large number of people". So, ¯\_(ツ)_/¯. Was it a political choice, or was it actually based on dispassionate scientific reasoning? It's a good question for an epidemiologist, or perhaps DoctorOfSpace could fill us in.
Top
Watsisname

Because the WHO is inept and doesn't like to stir the pot.  From my time in said field we always called it a pandemic, but its also a managed epidemic.  WHO even in the 80s and 90s would not call it a pandemic and it was arguably far worse than covid.
CPU: Intel Core i7-5960X 4.0GHz 8-Core Processor - RAM: G.Skill Ripjaws V Series 32GB (4 x 8GB) DDR4-2400 - GPU: EVGA GeForce RTX 3090 FTW3 ULTRA GAMING 24GB
Quando omni flunkus, moritati
Top
DoctorOfSpace

Western bias.  Had it been spreading in north America or Europe like in sub-Saharan Africa, it would be in the news daily and called a "pandemic" by all.
NIL DIFFICILE VOLENTI
Top
midtskogen

Thanks guys.  It makes me wonder had it been officially called a pandemic would more resources have gone into finding better treatments for it more quickly like we're doing for Covid19?  It was years, even decades, before we found the right mix of drugs to treat it- and still no vaccine for it.
Top
A-L-E-X

Mid, I was searching for articles on herd immunity and why it's such a bad idea (I already knew why, I just wanted to see how many deaths were predicted if we try to achieve this without a vaccine) and I found this article on Sweden.

Whether the herd immunity is a good idea surely depends on a few factors, such as the fatality rate and how quickly vaccines become available.  Even the fatality rate is hard to determine.  In the case of COVID, it's hard to determine whether the virus was the direct cause of death or not, as the 70+ age group makes up the vast majority of deaths.  Also, the capability of the health care system is important.

I think the Swedes were far too optimistic about when herd immunity would be achieved, but it doesn't mean that everything they did was wrong.  A lot of countries are now pretty much doing what Sweden did in March: no general lockdowns.

As I've said before, we wont know what the best strategy should have been until the dust settles and the numbers are in.  Then we can look at unusual death rates regardless of cause, and Sweden might still do far, far better than many countries that did lock down.  It's premature to draw conclusions now, and it's even become a political issue, in particular in the US.  It's worrying that social media companies delete or ban people for questioning such things as how well face masks work, as if everything is black and white.  That some are so loud in their role as keepers of the Truth is itself a sign that there is much yet to be researched.  I also think that there will be no simple answer to "best strategy".  What works well in one country, might not work as well in different countries, and vice versa.
NIL DIFFICILE VOLENTI
Top
midtskogen