Found the main flock of snow geese again.  I think these are my favorite migratory birds. 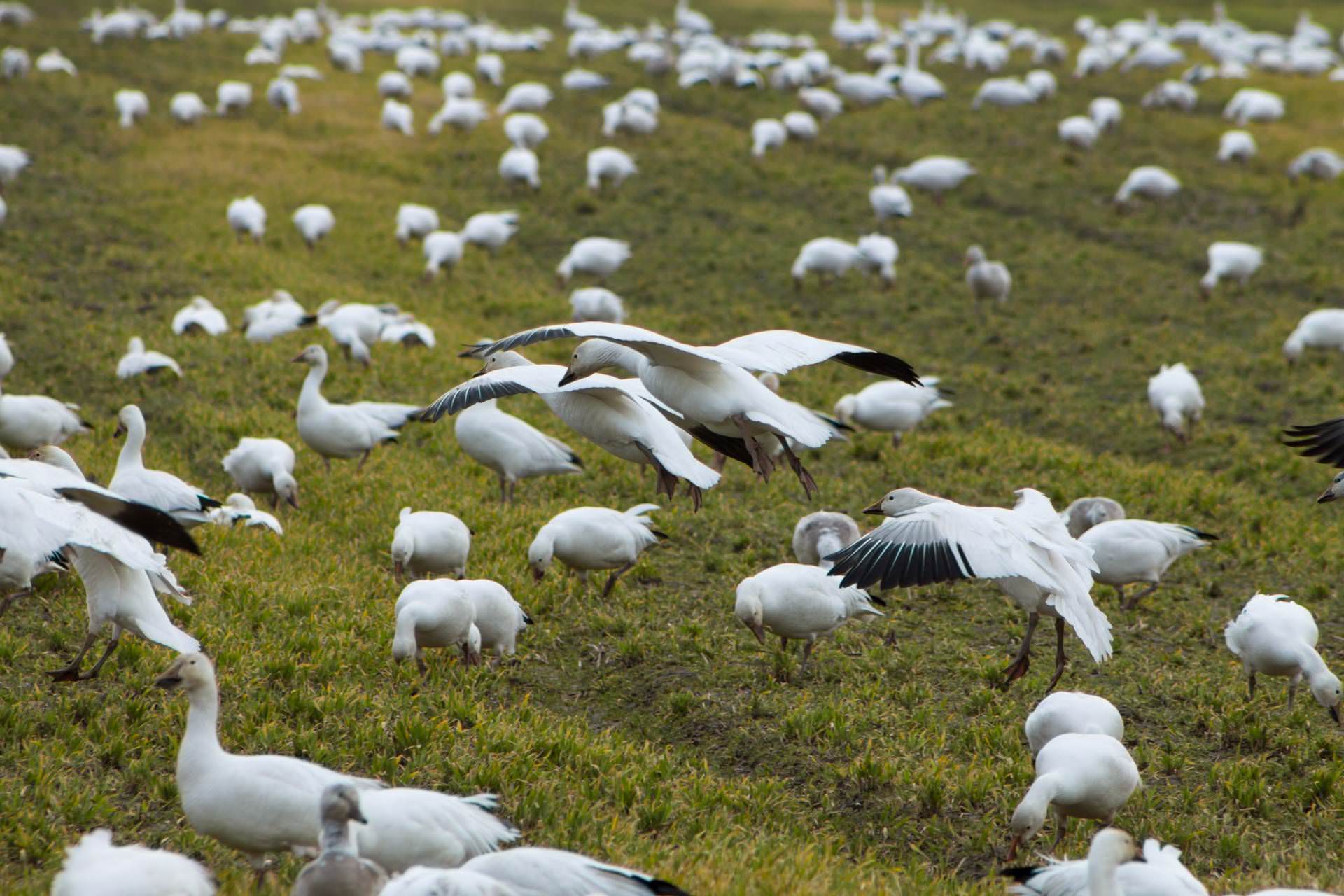 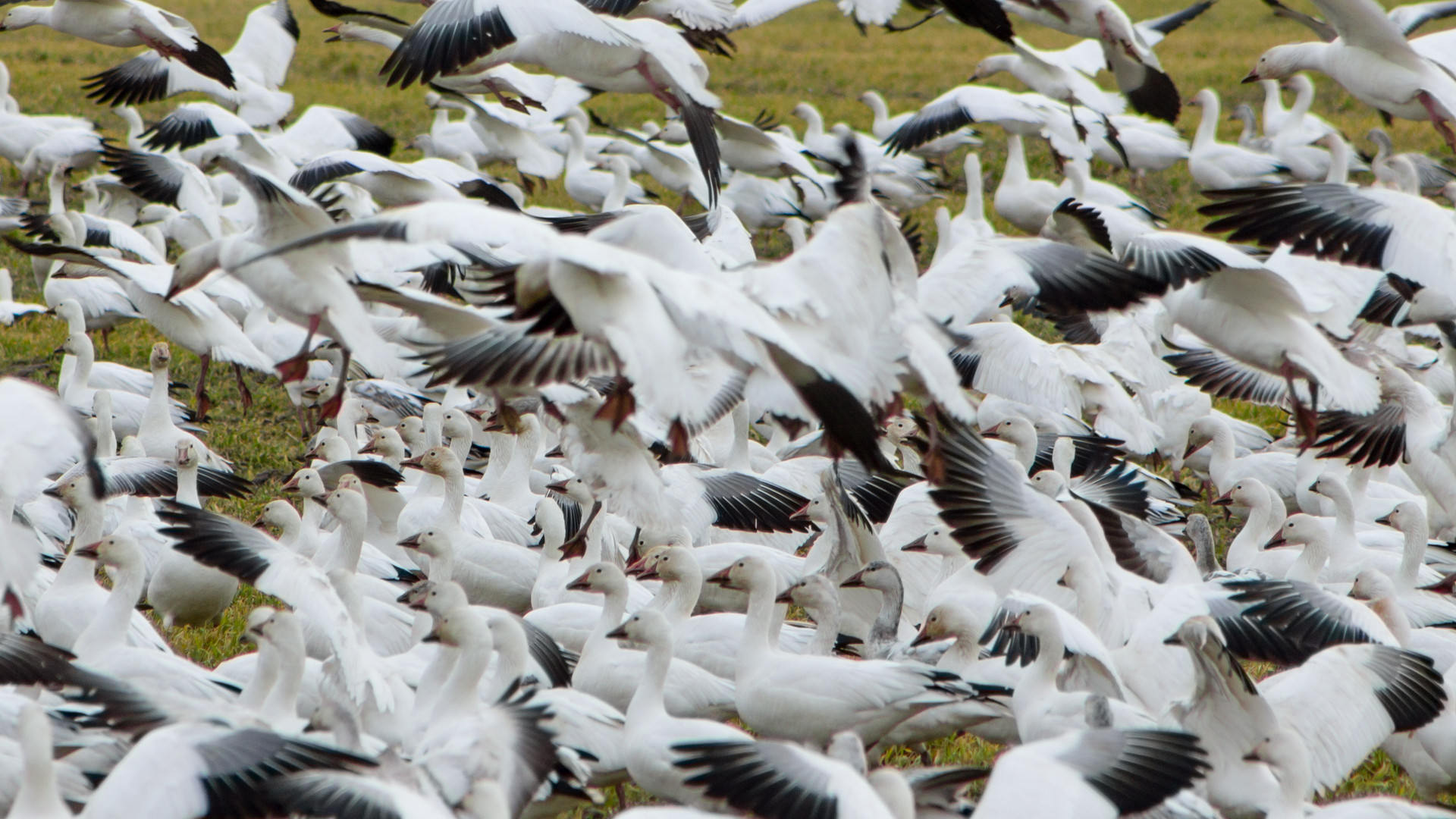 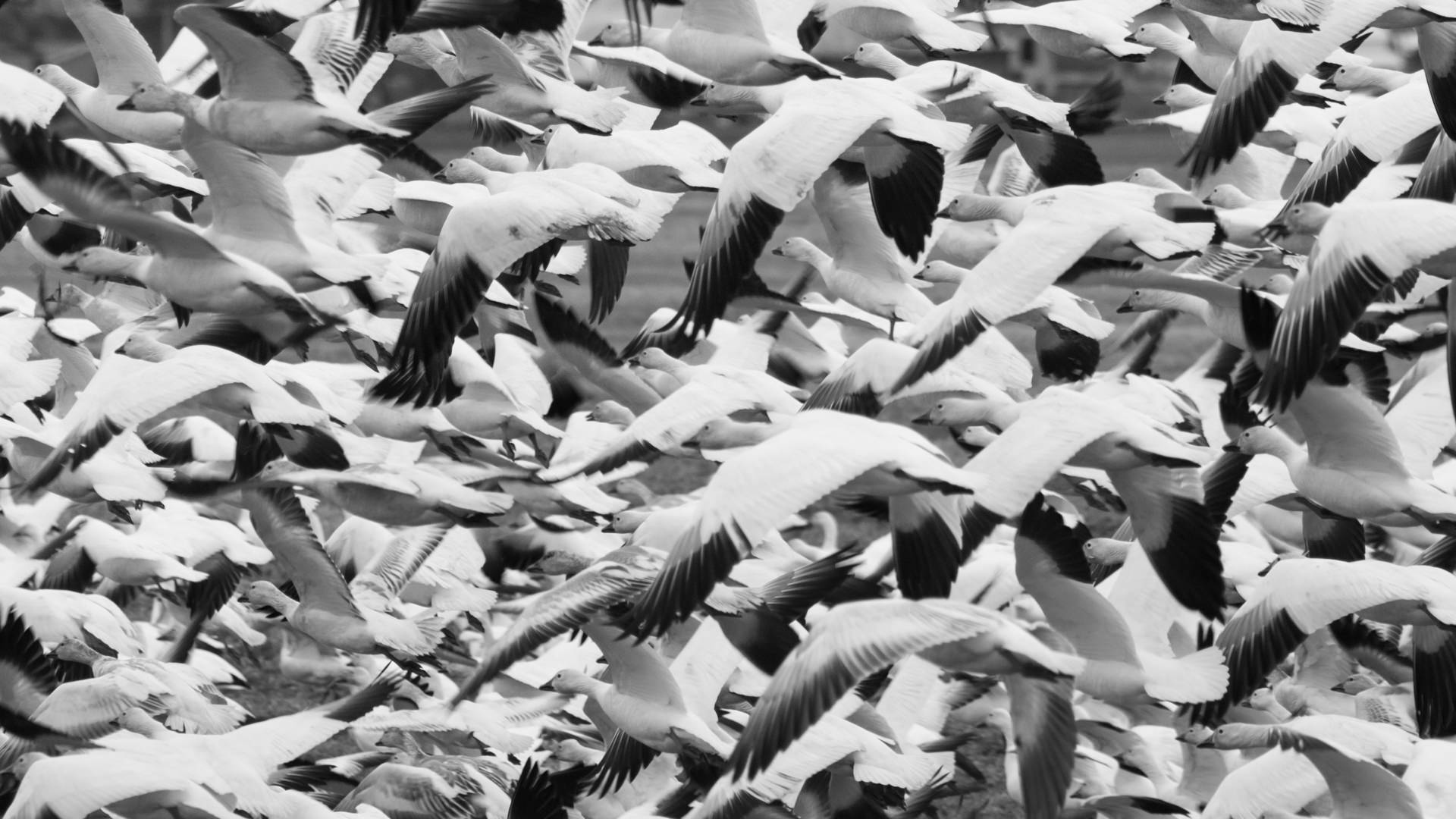 And a sign of spring:  Daffodil fields in full bloom.  The Tulips should be out in another couple weeks! 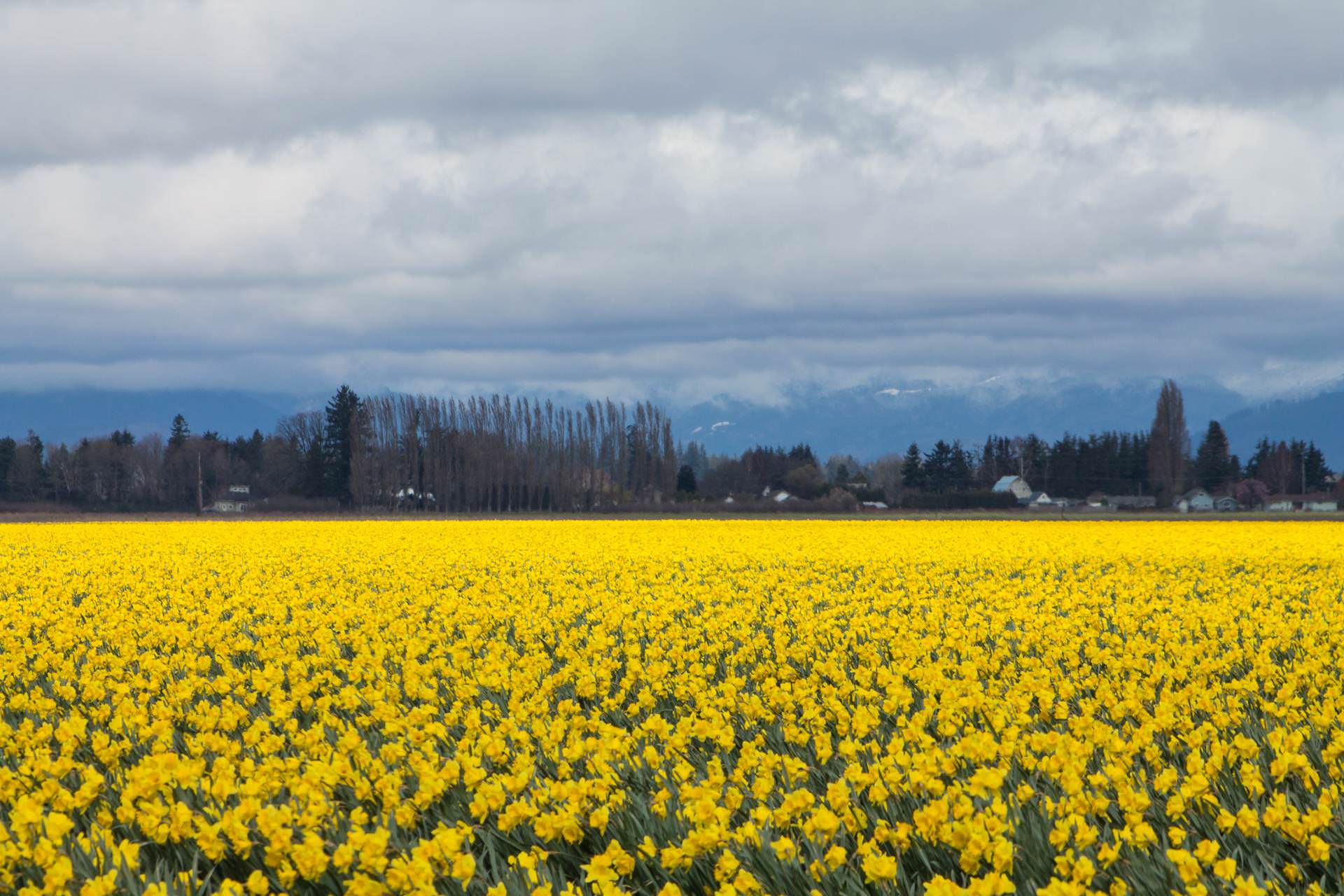 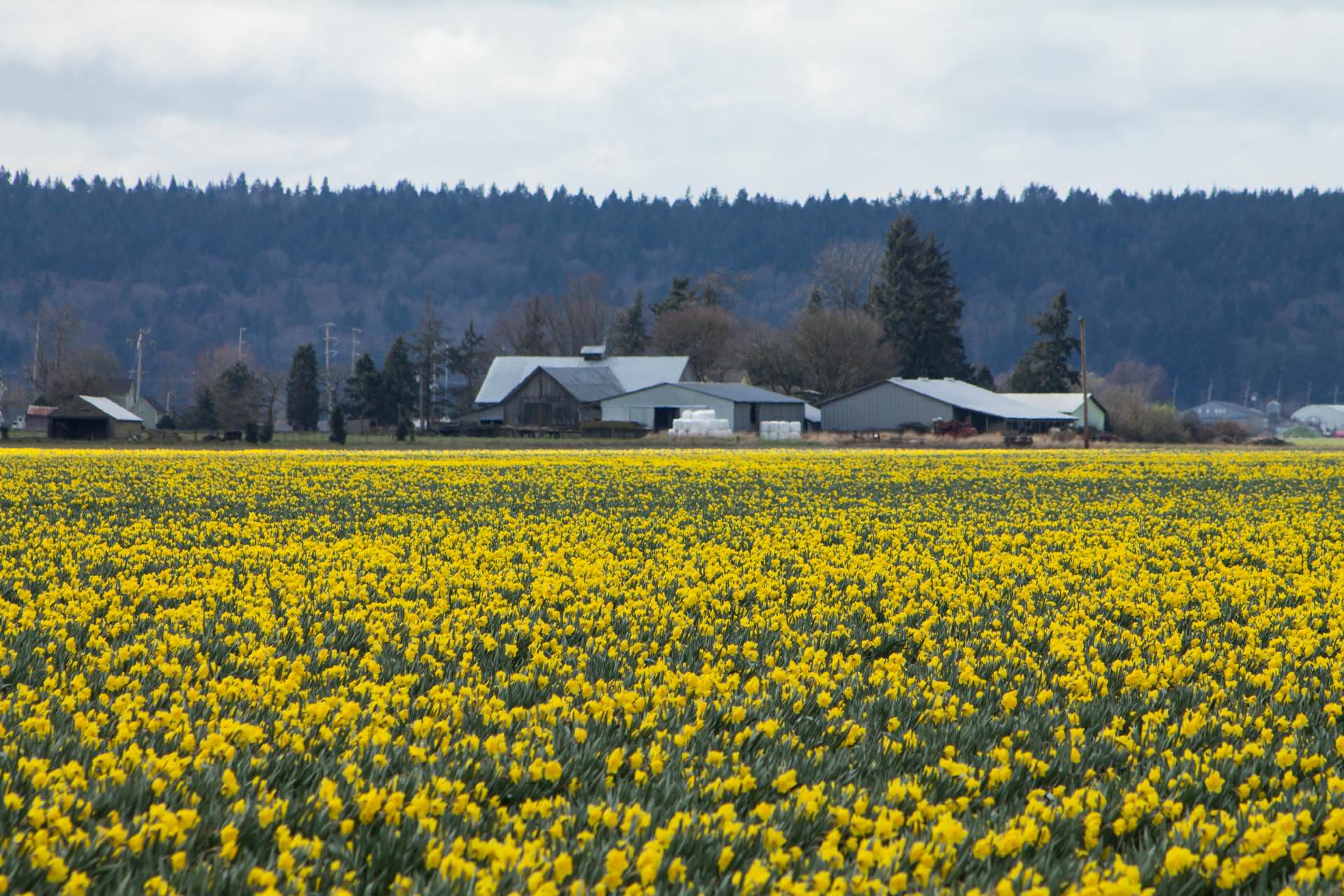 Caught more snowgeese swarming today as a bald eagle buzzed the flock.  The sight and sound of 10,000+ birds taking to the air at once is an incredible thing. 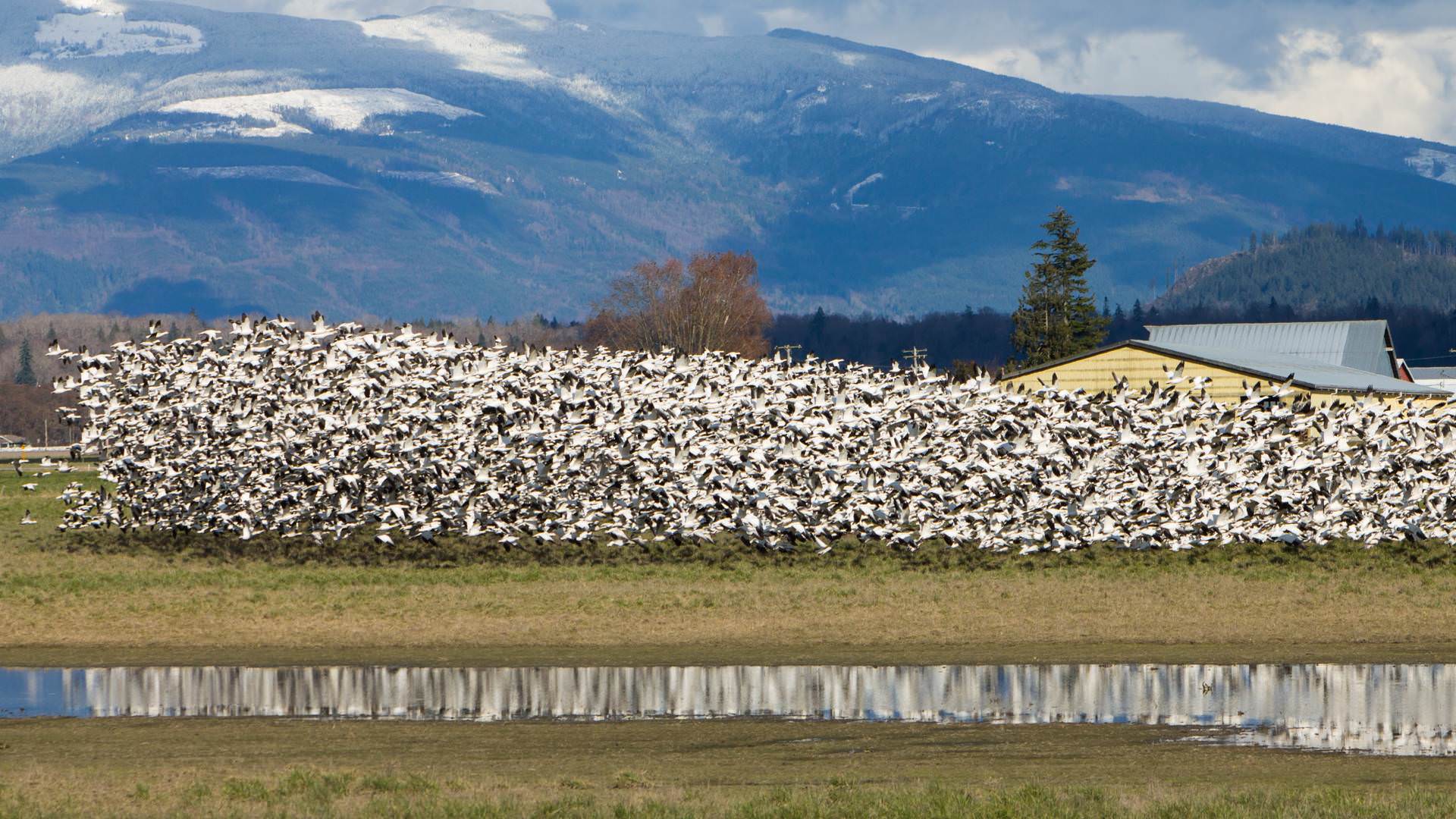 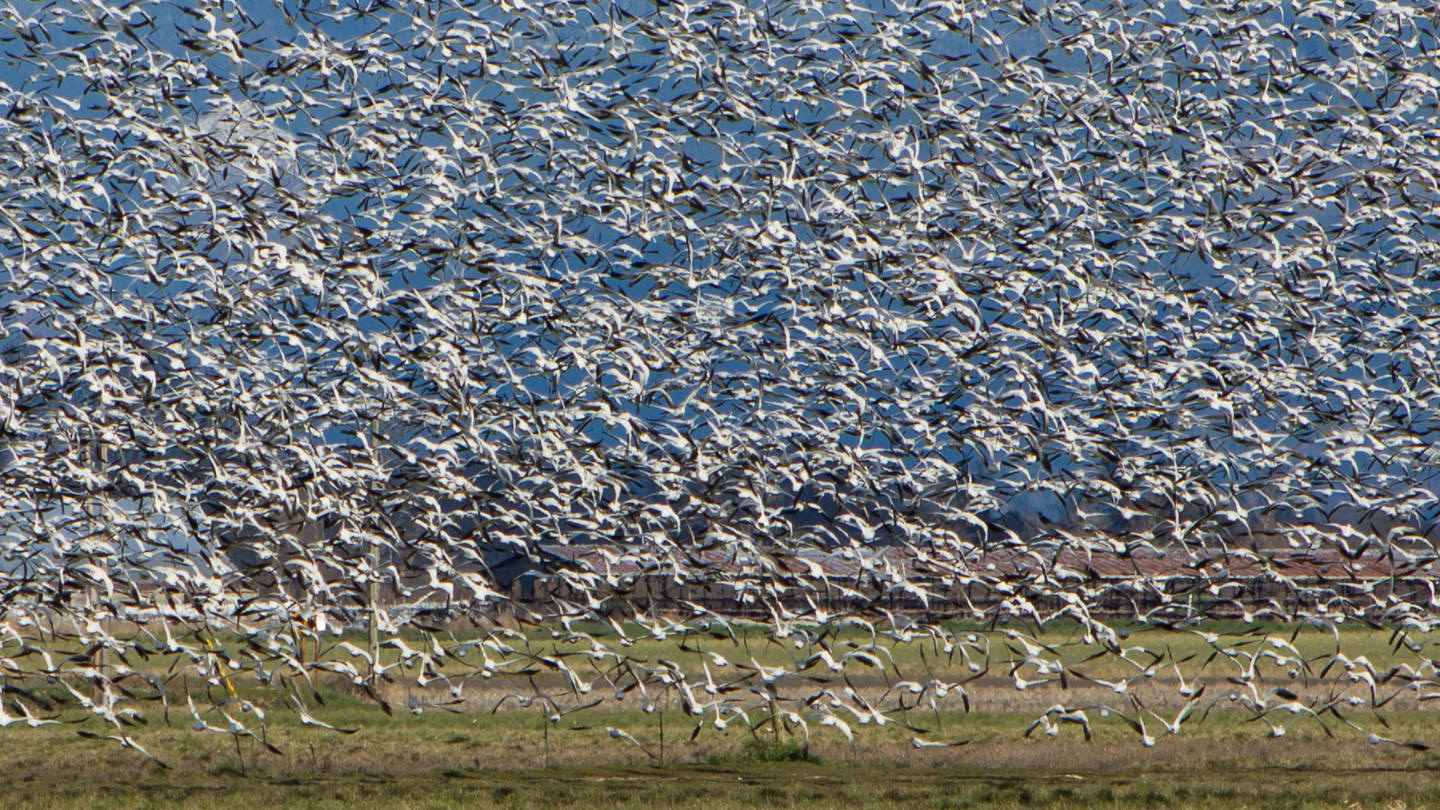 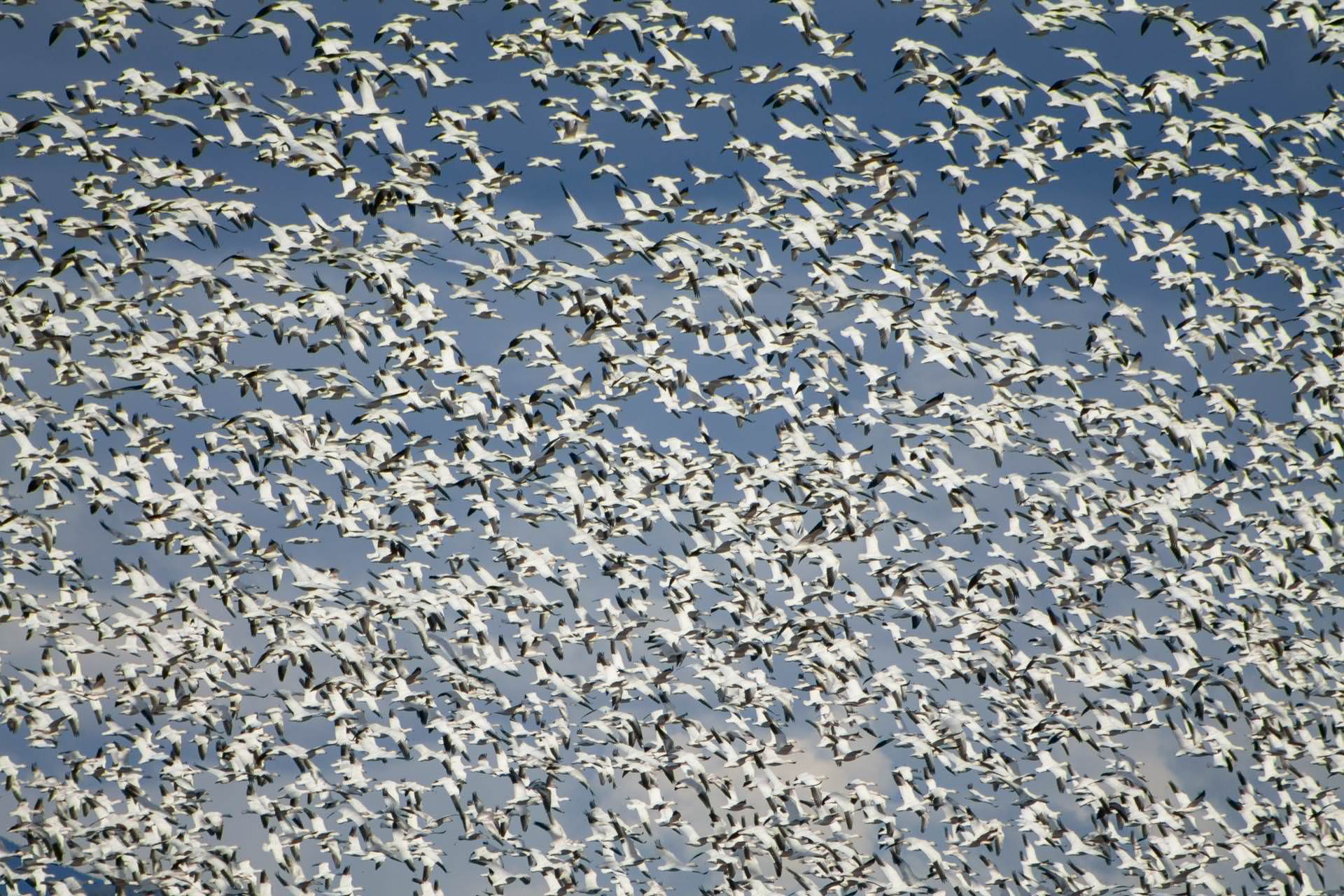 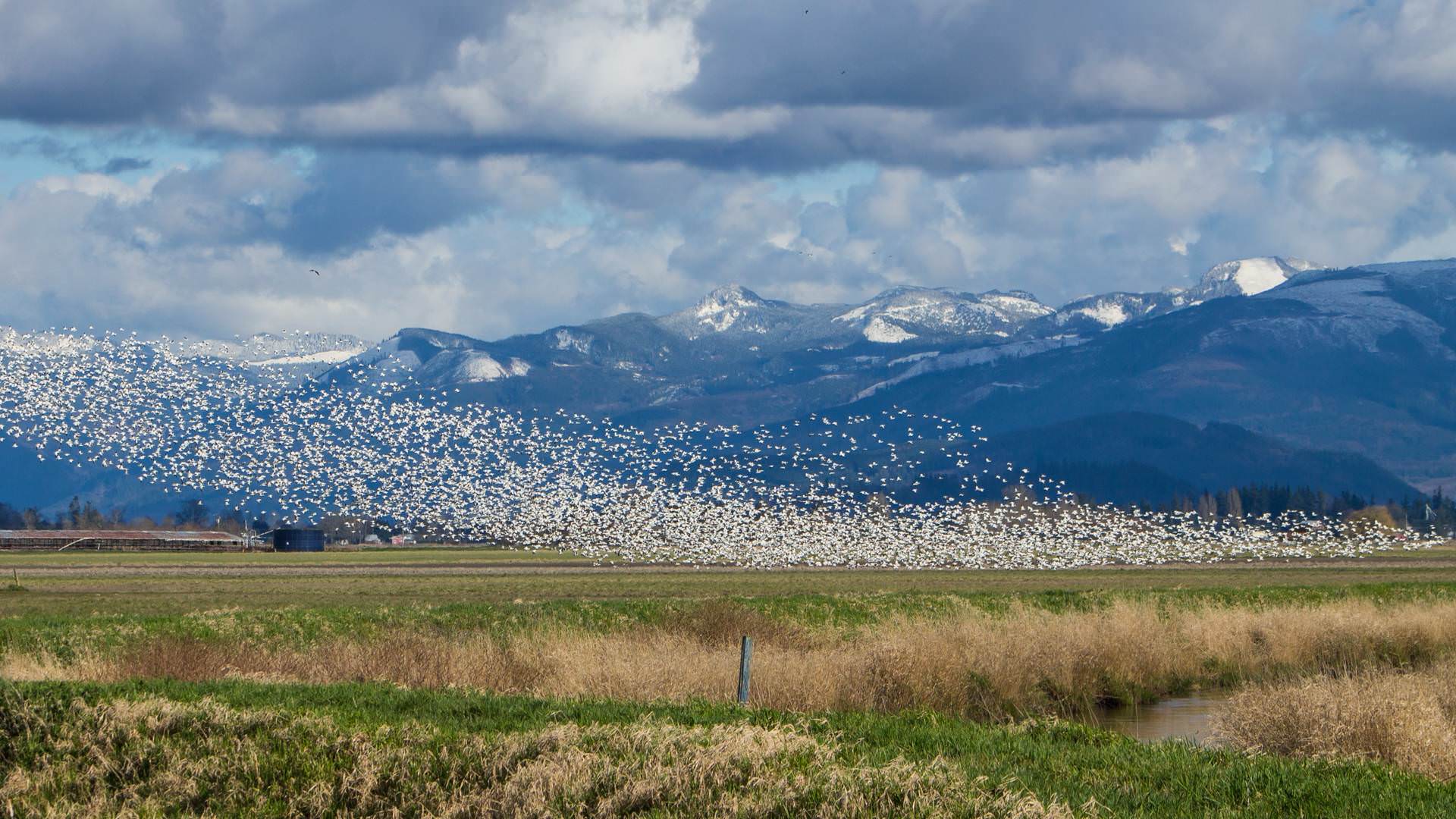 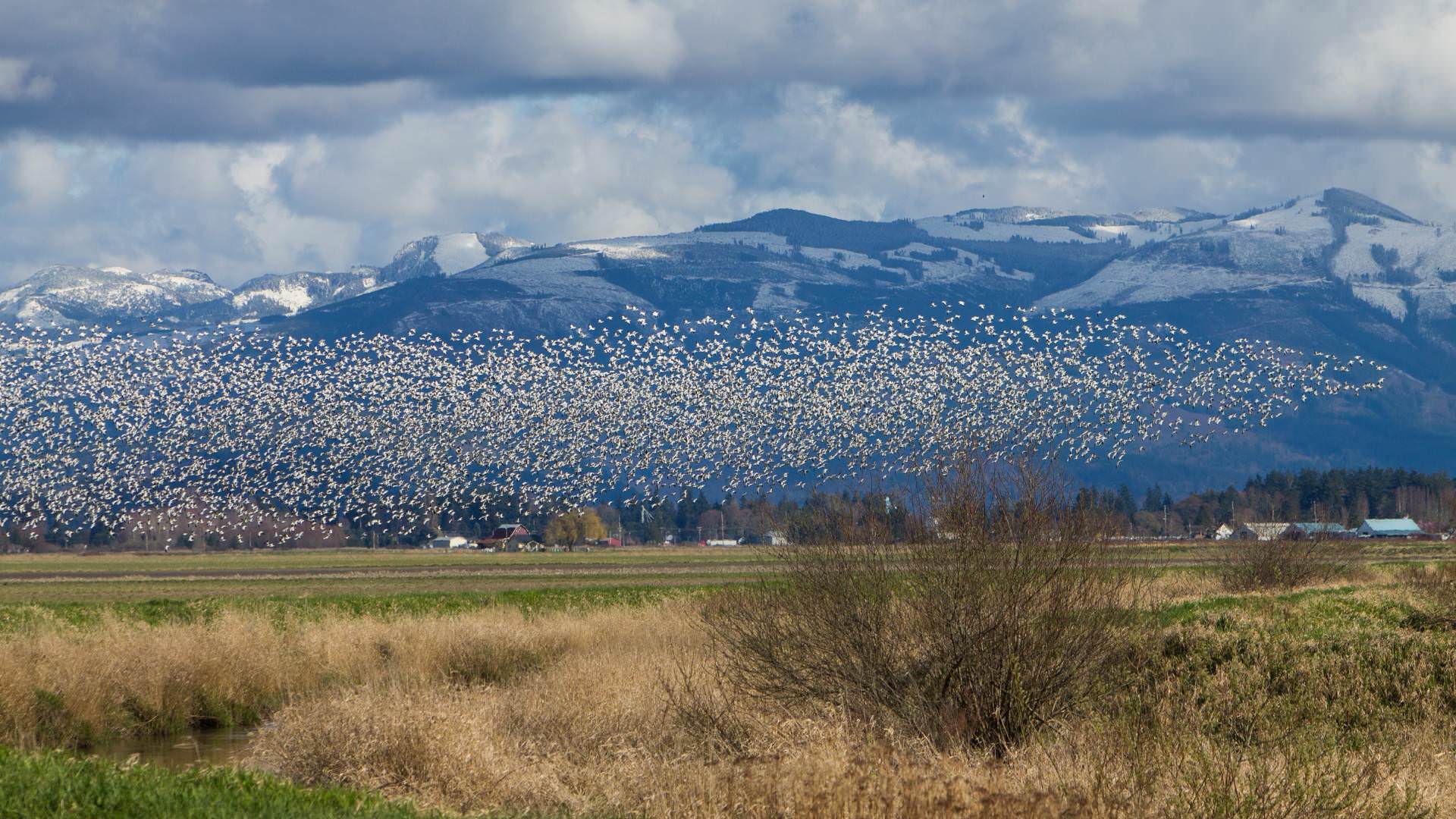 A quick panorama taken 1. April in Jotunheimen, Norway.  Easter as it should be!  Not a single cloud for a week, extremely dry air, and no wind.  -30C at night, peaking to -10C during the day.  And my skiing through this landscape in the bright moonlight a couple nights before was something to remember.  I don't think anyone else was mad enough to ski alone at 4am.

Not a good picture, but all I had was my mobile phone.  There are four elks in this picture taken in the Canadian Rockies Friday, about 50 meters away. That's pretty cool, midtskogen.  I remember in Colorado seeing a group of Moose cross the road right in front of me (I was hiking along it, not driving) and it was amazing seeing such big animals up close.
Top
Watsisname

It's not unusual to see moose over here (I'm back in Norway), 1, 2 or 3 of them, but I can't remember seeing 4.  But it's a different species, and the social behaviour differs.  I'm assuming that these were elks.  That was what signs warned about.  They were large (as horses), but possibly slightly smaller than European moose.  Groups of deer are more common here than of moose (deer are much smaller, though, and cannot be mistaken for moose).
NIL DIFFICILE VOLENTI
Top
midtskogen

Wow! What species of spider is that?
"Space is big. Really big. You just won't believe how vastly, hugely, mind-bogglingly big it is. I mean, you may think it's a long way down the road to the chemist, but that's just peanuts to space." - Douglas Adams
Top
Hornblower 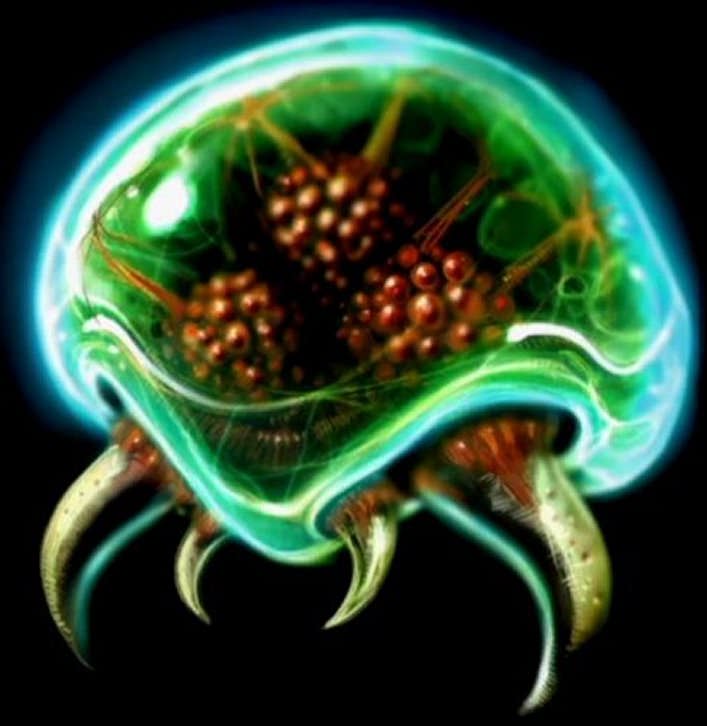 This moose didn't seem to mind me taking a photo of it with my mobile phone this late evening. Near Strömstad, Sweden. Me doing a Let's Play of a short game I just finished making in RPGMaker MV yesterday. I have no idea what compelled me to make it, and I personally find it terrible but here you go. If for some incomprehensible reason you want to play it yourself I put a link to the download in the video description.

Do you recognize this? https://drive.google.com/open?id=1rRJwce__EERKJ_Z_4bRJmTFQXrmv4x44

I made it with FL Studio 12, it's incomplete though!

SE veterans will probably be unimpressed by the shader itself, but for a while now I've been working on a black hole and wormhole shader inspired by SE's for the Unity engine, and it just got approved on the Unity Asset Store!
https://assetstore.unity.com/packages/v ... ity-113205

(For those worried: I did not just decompile and resell SE's shader. I used it as a visual reference, but mine was written from the ground up, functions rather differently, making use of different mathematics, and is more heavily optimized for performance and cross-platform compatibility.)
ᴩʀoʙʟᴇᴍᴇᴄɪᴜᴍ﹖
Top
problemecium
Post Reply