This is big news!
Top
GeoPlayer123YT

Live view of fissure erupting.  The sound is amazing.

I once went to the end of the lava flow during an eruption of Etna.  The sound of an eruption is amazing.  Like the entire mountain was breathing and panting.
NIL DIFFICILE VOLENTI
Top
midtskogen

I think it should be just the curl of the field, which is automatically divergence free.  The curl of a gradient on the other hand is simply zero and wouldn't be useful.

Happy summer solstice!  We're finally heading towards darker skies again.  Here's a timelapse of last night from Oslo.  Sunset was at 22:46, sunrise at 03:53.

This is good new for me in Aus, I hate winter and looking forward to longer and warmer days.
Top
vlad01

Nice timelapse!  Do you find it hard to sleep at this time of year, or do you block the light out with good shades?

Here it is dark for about 4 hours, but the Sun at its lowest is -17.9° which is technically still twilight.  I guess that means I live just inside the "twilight circle".

I don't know how you could live though winters at those latitudes.

I find it hard enough with only 9 about hours of day light at the peak of winter.
Top
vlad01

I have shades and have no issues with the light anyway, but it's tough to get the kids in bed before 23:00, not to mention to get them up at 07:00.  I've found that after 3 months or so without darkness to speak of it's getting on my nerves, but for that I need to be at higher latitudes.

I don't think my sleep pattern is much affected by daylight.  I struggle when I change time zones.  Tomorrow I move 9 hours, and I'll have a week of insomnia again.

EDIT: No darkness, but still dark enough for some meteors: 2018-06-20 00:05UTC (near the right edge of the frame)
NIL DIFFICILE VOLENTI
Top
midtskogen

I mean more of the winter time. Long day hours I quite like, it effects my sleep for the better as it shortens my sleep cycle to something more normal in the 6-8 hour range.  In winter my sleep blows out to 10-12 hours just to feel alert. Continuous long hours of darkness makes me extremely fatigued.  14-15 hour of dark in southern parts of Aus is bad enough, can't imagine around 20 hours of dark!
Top
vlad01

I'm on a flight to San Francisco now, and will get a taste of dark nights again soon.

Created spontaneously by MC Escher because of the lack of naturally occurring life that uses wheel-like locomotion, something apparently absent in living creatures of Earth. (The Tumbleweed is the only one I can think of off-hand).Rotating locomotion in living systems

Ever since I was a kid and stumbled across this picture in the library, I wondered what it would look like constantly rotating. I finally got to see it! Those deep, dark, blank eyes still stare at me no matter where I am in the room. lol 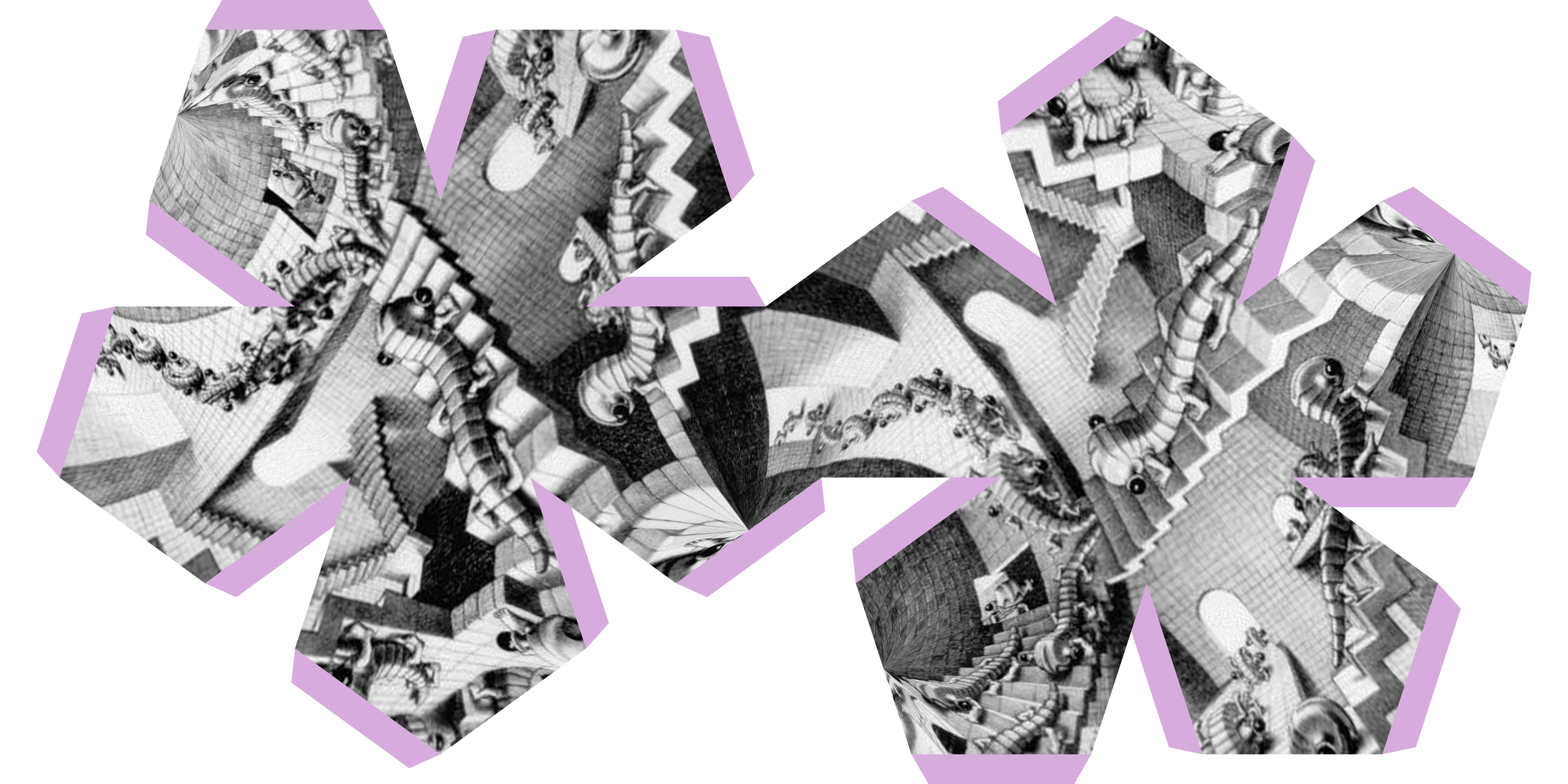 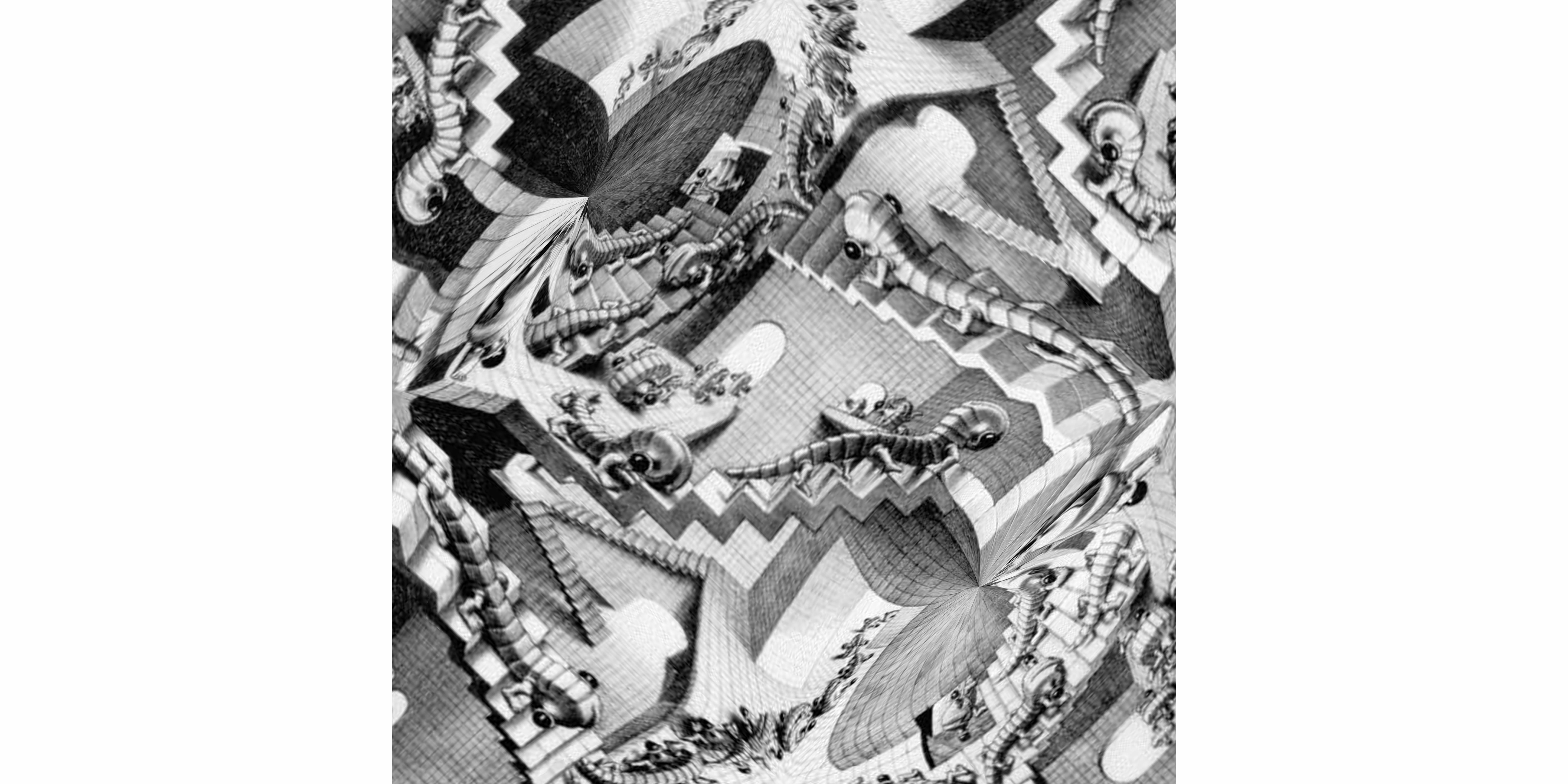 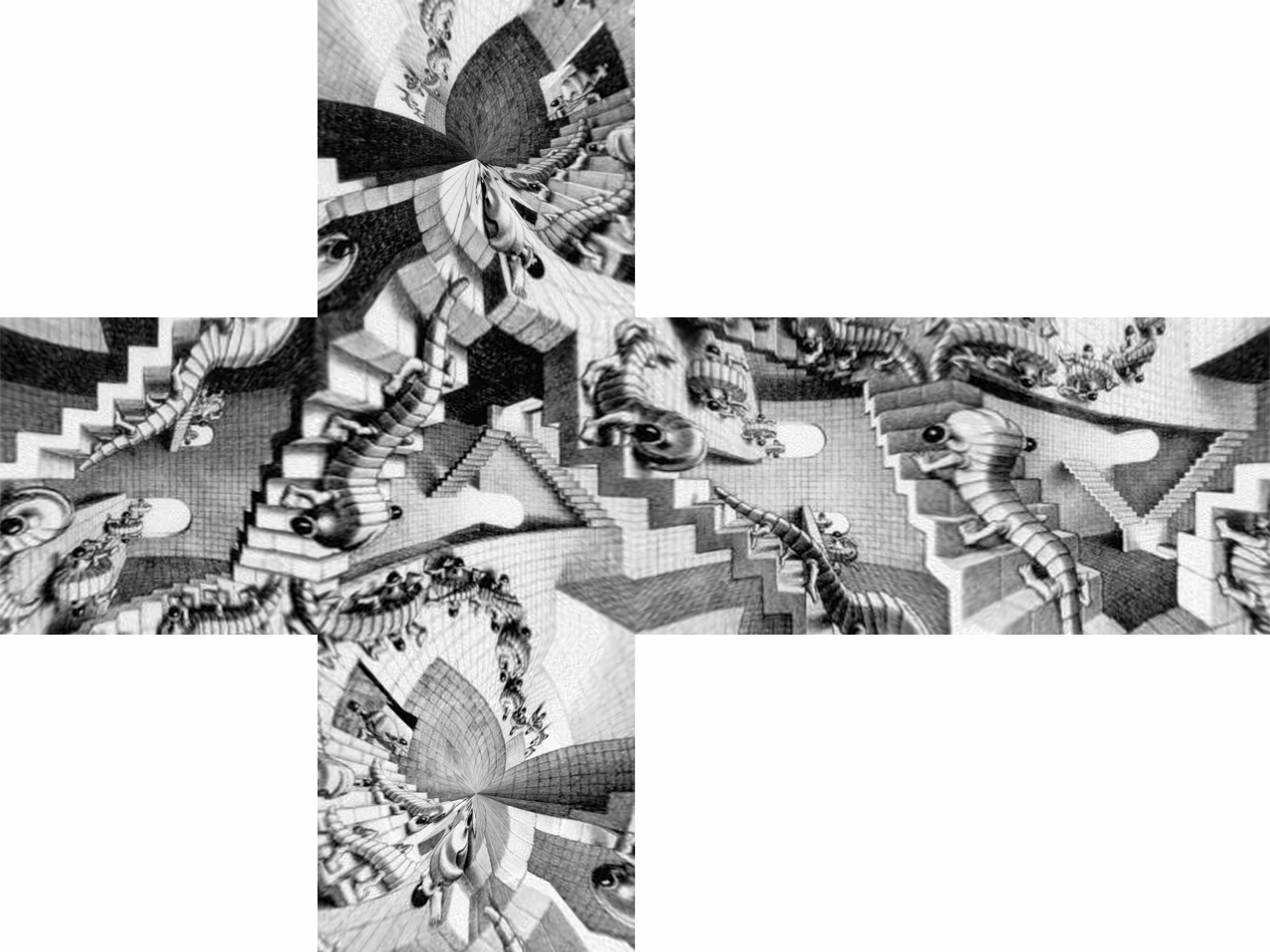 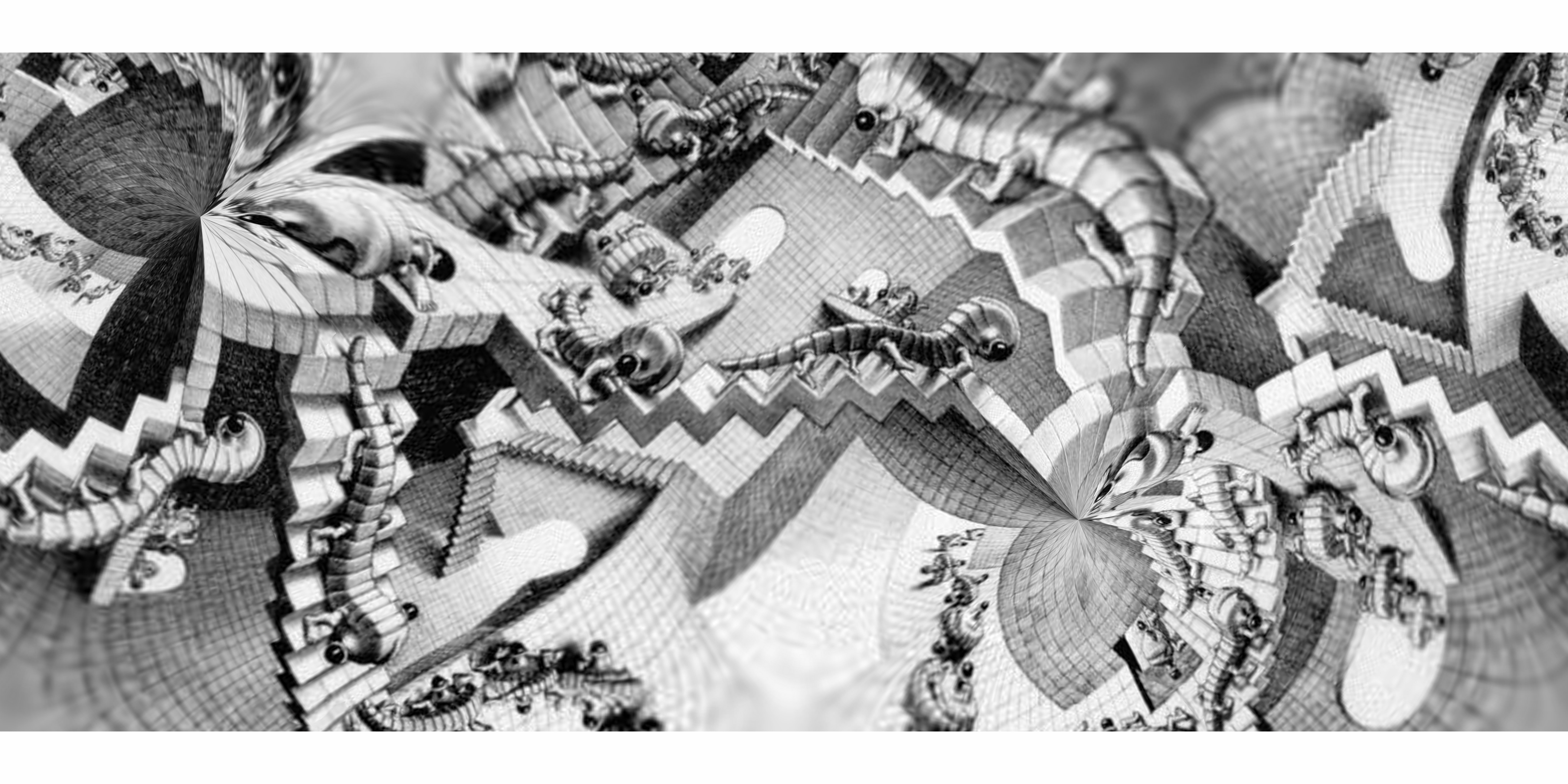 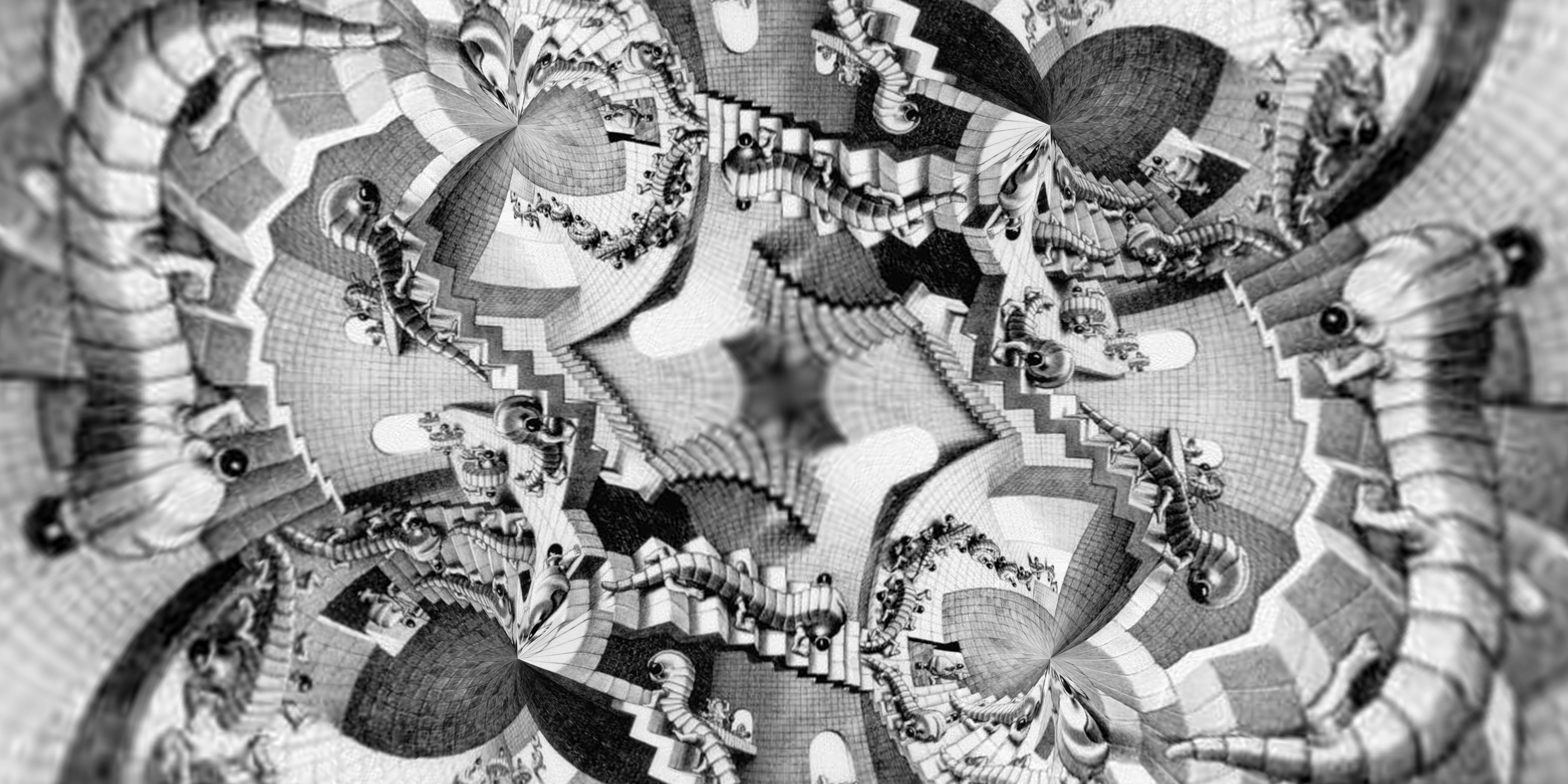 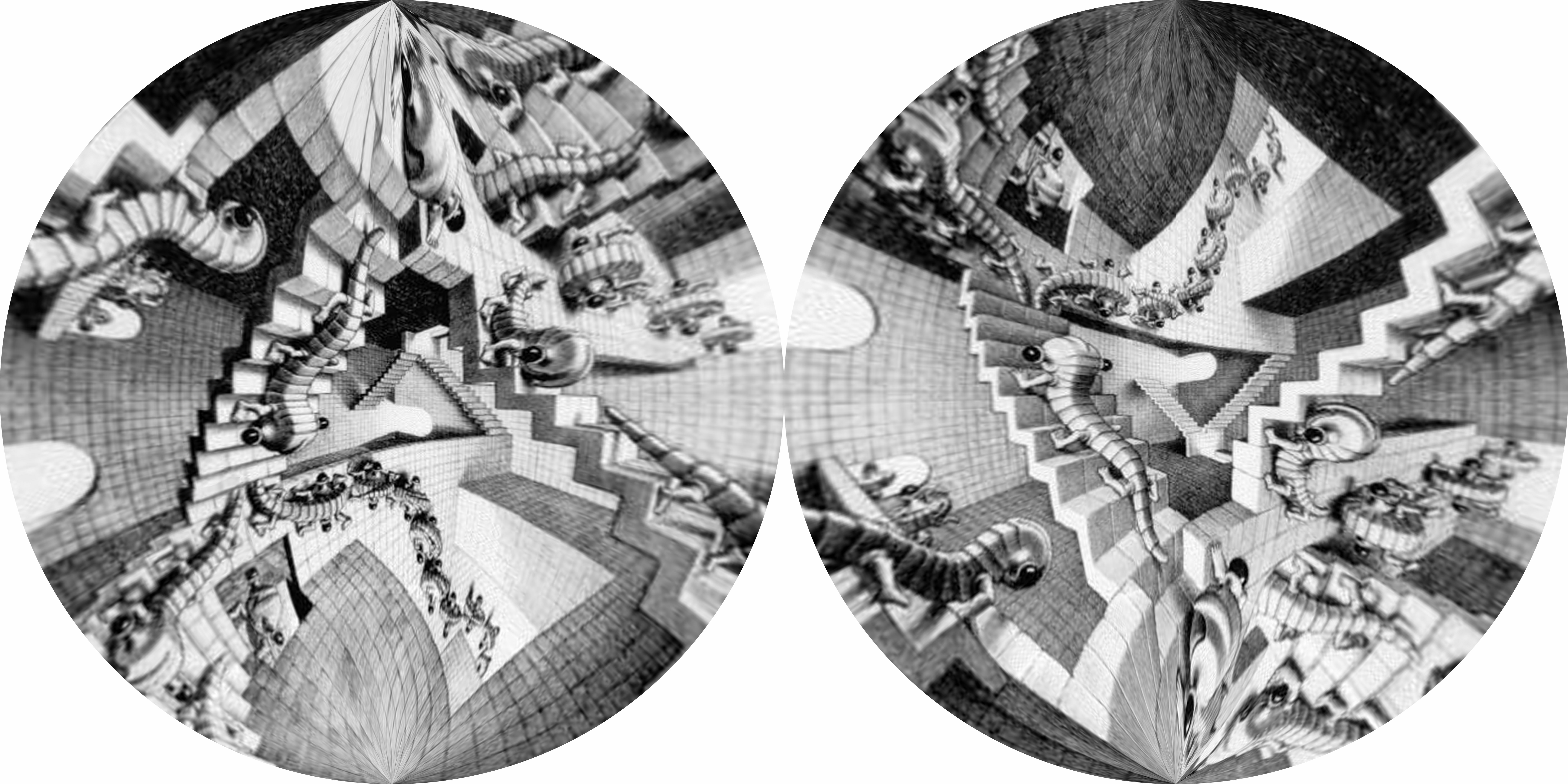 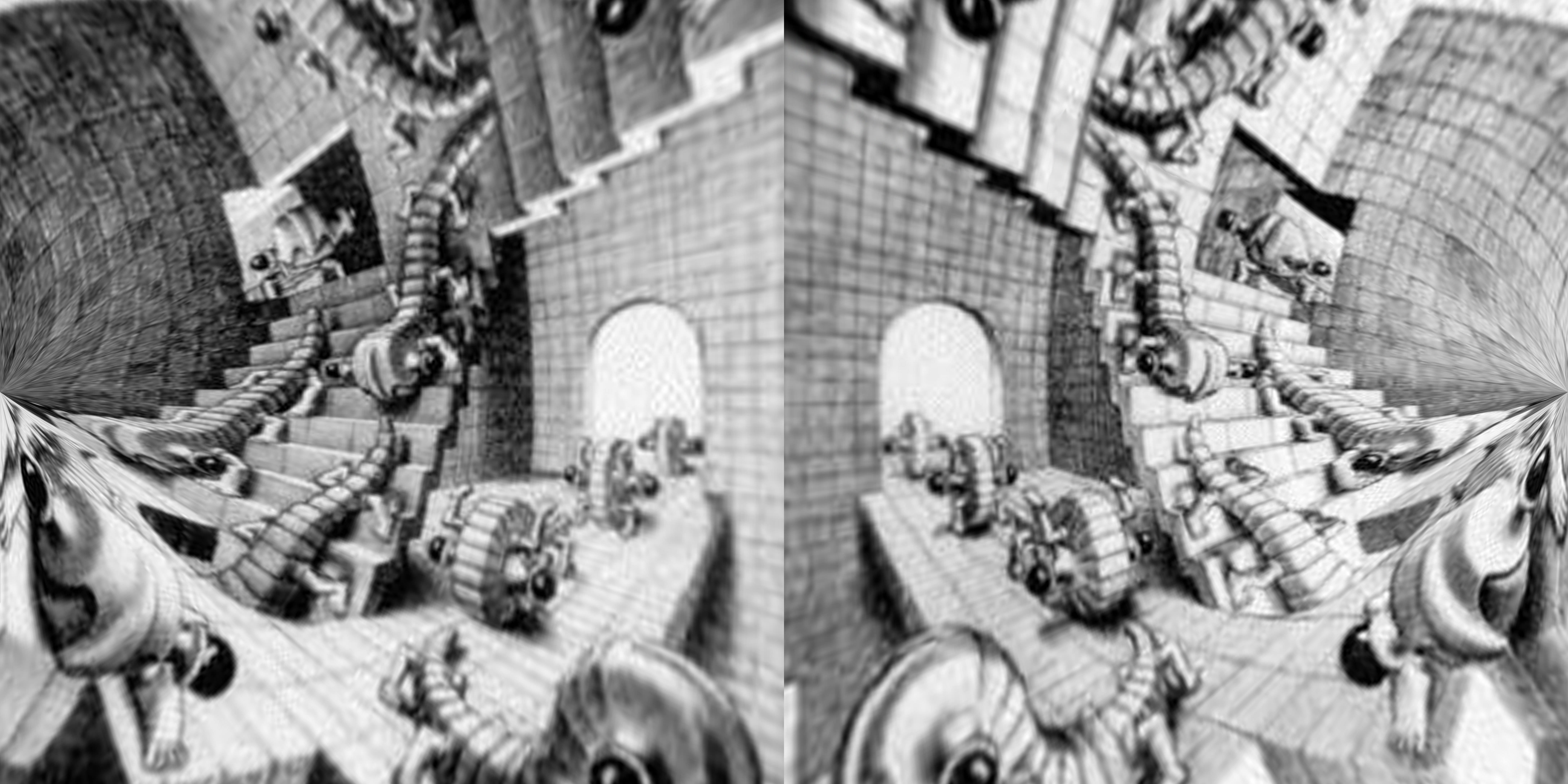 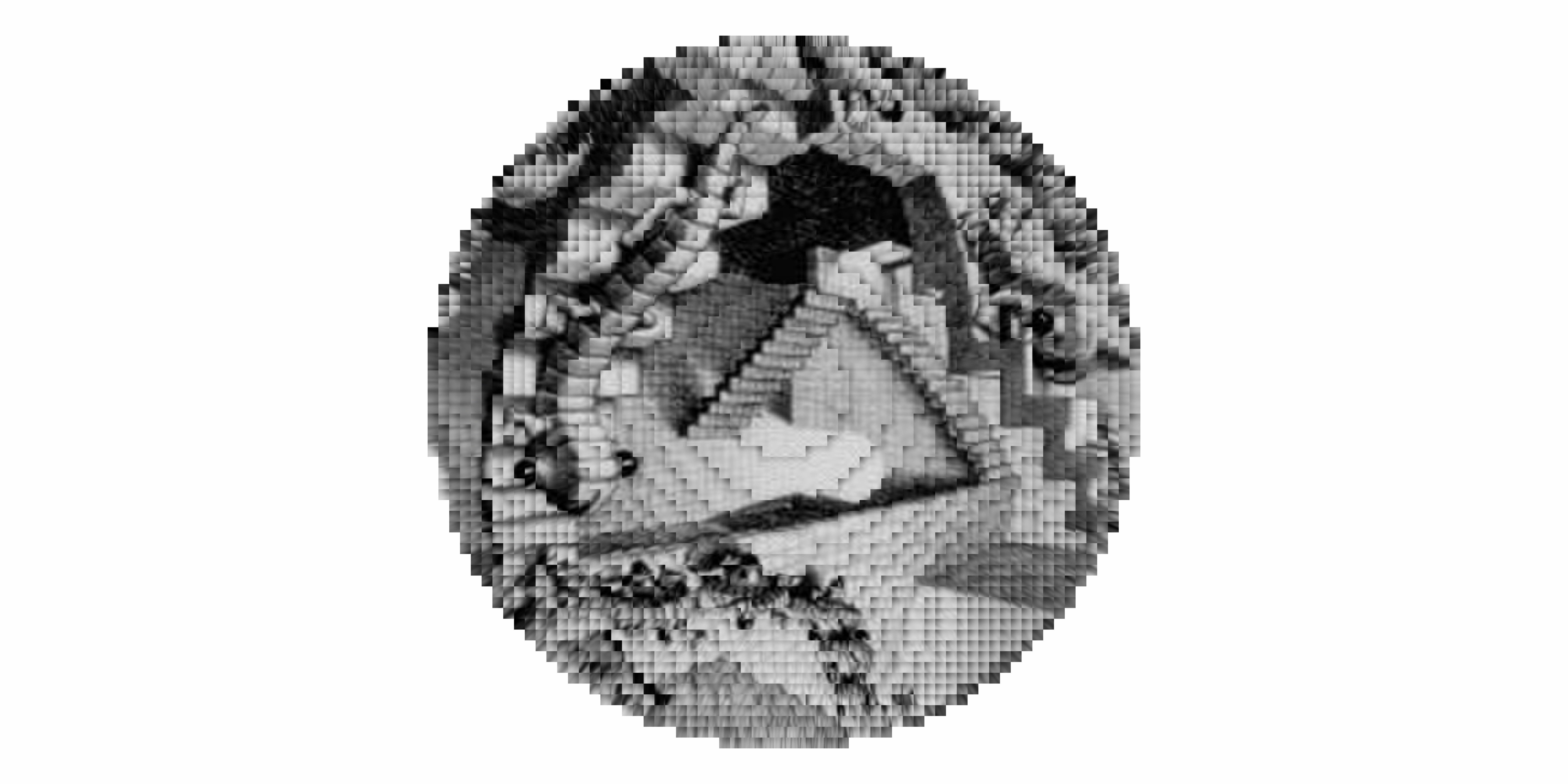 Has anyone watched any of John Michael Godier's videos? They are pretty interesting:
https://www.youtube.com/channel/UCEszlI8-W79IsU8LSAiRbDg