midtskogen,wow that is very impressive what going on in norway this year!
btw midtskogen, if you want to join SE discord server, we will be glad to see you there! it is more active than here now i think and lot of memebers there and staff.
i am telling this in case you didn't know or invited
"man cannot discover new oceans unless he has the courage to lose sight of the shore"
-Andre Gide
Top
Spacer

I have a fascination for nature, and technical stuff, which leads me to somewhat nerdy projects.

Same here, sadly. Minneapolis had its earliest-ever 100F reading on record. It also coincided with the AC at my workplace breaking down. Temperatures in the kitchen were 104 by the 3pm hour.

PlutonianEmpire wrote:
Source of the post Temperatures in the kitchen were 104 by the 3pm hour.

Yuck!  I could barely stand to be outdoors in that heat, let alone have to work in it.

Over my way we've had a very warm and sunny May.  It's been gorgeous but I hope we get a good period of rain before summer arrives.  Couple years ago it was like this from May through September and it stressed the trees pretty badly.
Top
Watsisname

Sunny days in my part of Sweden for at least four consecutive weeks now. No end in sight. Warmest May since the 1930s I believe.
Top
Fireinthehole

I recorded just 32% cloud cover in Oslo in May.  That's a lot of sun.  My heliograph looks like: And it's been hot for so long now that I can't quite believe that I did this in the forest outside Oslo exactly one month ago on 1st May.
NIL DIFFICILE VOLENTI
Top
midtskogen

I hoped for cooler wet weather, and I got more than I bargained for.  Snow is coming to the mid elevations (~1200m).  In June!  Very unusual to get snow this low this late in the season.

Watsisname wrote:
Source of the post I hoped for cooler wet weather, and I got more than I bargained for.  Snow is coming to the mid elevations (~1200m).  In June!  Very unusual to get snow this low this late in the season.

It's gonna be Christmas in July!
Top
Propulsion Disk

After an extremely hot May Scandinavia is now divided.  Still mostly very warm in the south, and cold in the Norway with snow even at sea level.  Which isn't unheard of in June, but quite unusual for many days in row as now.  Oslo has seen temperatures between 2 and 32C so far in June, either end quite close to as far as it can go in June. 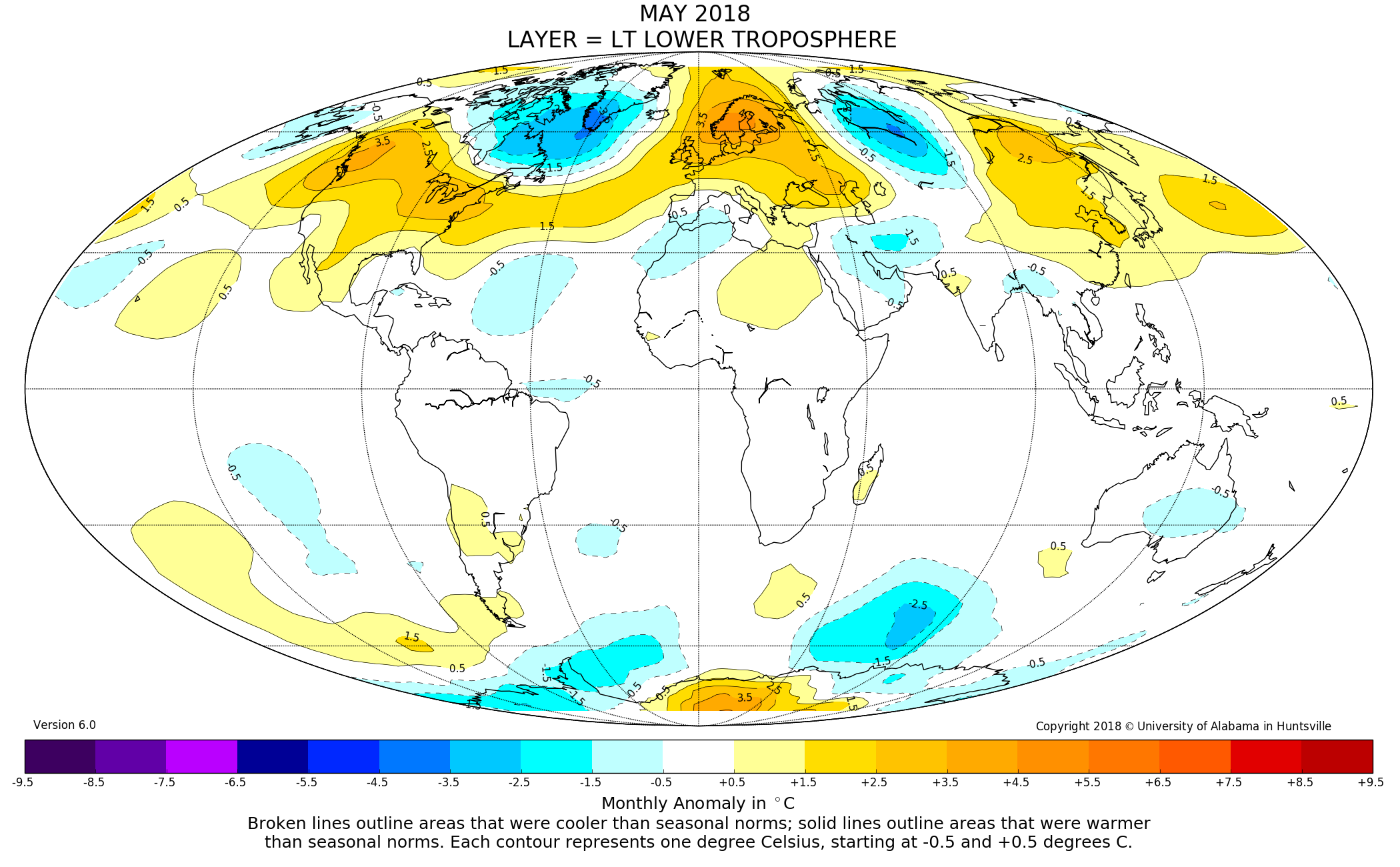 I woke up to this today. Thunderstorms are not unusual this time of the year, but this is definitely one of the stronger ones. 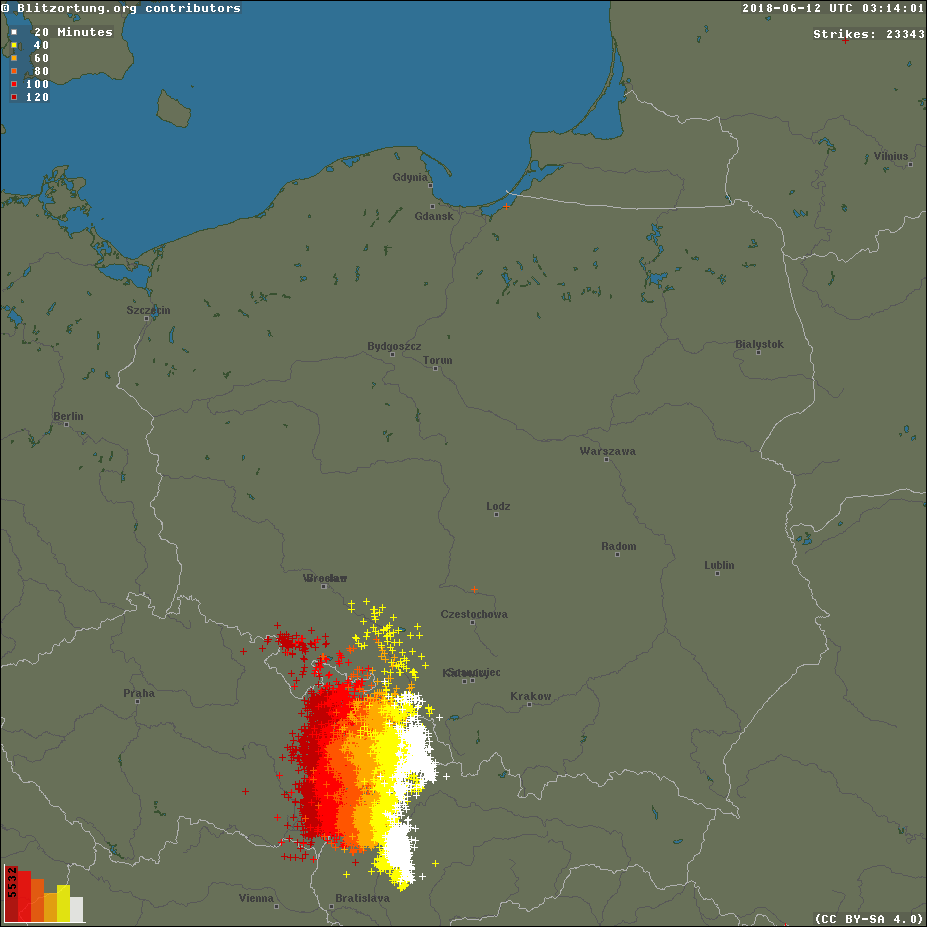 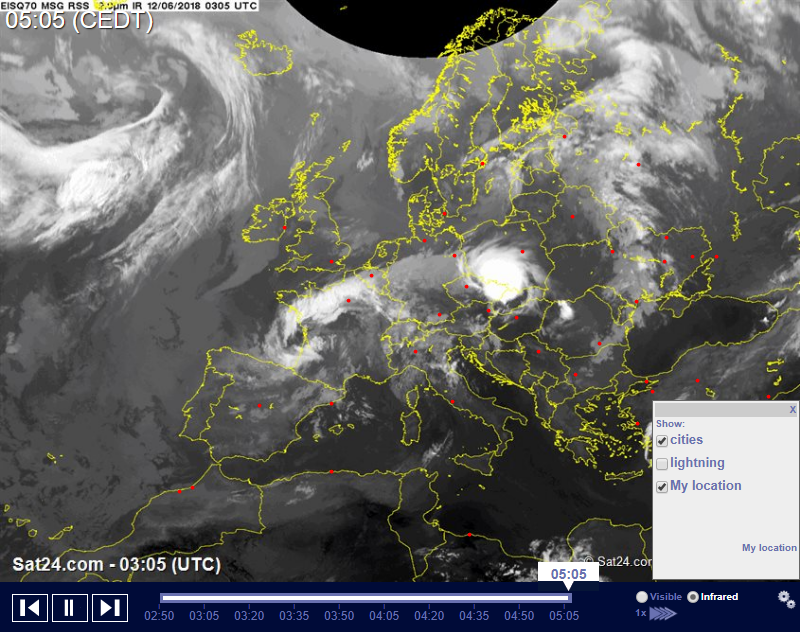 As you say, thunderstorms are common in that area during summer, but that looks intense.  I'm going to the Holesov area next month, which looks like pretty much ground zero of that storm.
NIL DIFFICILE VOLENTI
Top
midtskogen

It also lasted long. Formed in the German Alps and over the night, traveled about 700 kilometers northeast before dissipating in the morning.
Top
An'shur

It's pouring and it's sunny out! there is only one tiny cloud above my lab and it's producing a awful lot of rain. There are more clouds coming my way, but they're not here yet, so it's just this one little cloud!