by Watsisname
As bad as it might look for much of the country, I think there are still plenty of reasons to remain hopeful.  Some of that cloud is scattered rather than overcast, or high-level cirrus which won't completely obscure the Sun, or convection which, if not too big, may dissipate as the Sun goes away.  (Remember that ALL of these forecast models do NOT account for the loss of sunlight!)  So even if it puts clouds in your area, you may still get a view.

I also like the probabilistic forecasts for mostly clear skies, as this gives a bit better indication of how likely you'll see the Sun, and of the uncertainties in the forecast.  The clear/scattered/broken/overcast displays coming soon will also give a good idea of what to expect.  And of course, check up with the meteorologist's local forecasts.

by Watsisname
Wow.  Researchers are predicting the shape of solar corona and how it will look to the eye on the 21st.  (Details and more very beautiful images on the site.) 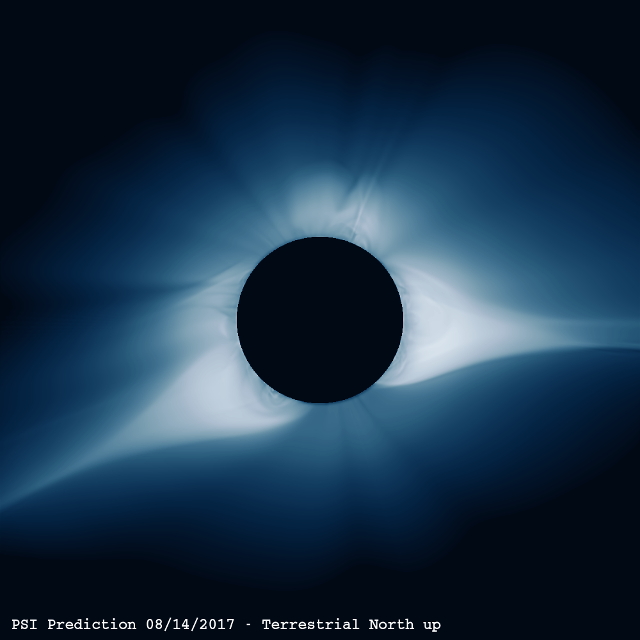 That looks quite a bit different from most photographs of the corona -- due to the very large dynamic range that a single exposure cannot handle. This image is rendered on a log scale to try to approximate how the eye sees it.  It will be interesting to see how well this prediction matches up with the reality.

Watsisname wrote:
Source of the post check up with the meteorologist's local forecasts.

Will be tracking weather through Sunday night, thats when I plan to leave.  Where I am going changed from sunny to overcast in the last 24 hours, so who knows.

Watsisname wrote:
Source of the post  It will be interesting to see how well this prediction matches up with the reality.

Wow, this is amazing. by Watsisname
Midtskogen, save this site on your phone -- I think it will be valuable when you make your drive up to Madras.

For the rest of you who are driving, try looking around online for traffic cameras around where you plan to be -- most interstates have them and update at least every few minutes.

I'm making my final trip preparations now and will start the drive south tomorrow morning.  I won't actually be in Madras until Sunday morning, though I can push it ahead to Saturday if it looks necessary.

by midtskogen
Thanks.  I'm flying over to San Francisco in a few hours, will have Saturday near San Jose to get ready, and plan to head north 5 am on Sunday with a couple of US colleagues (yay, shared driving).  I bought a US sim card good for 1 GB of data and bring an old phone so I can have a wifi zone with me.

by Watsisname
Whelp, we who are going to Oregon are not out of the woods completely: 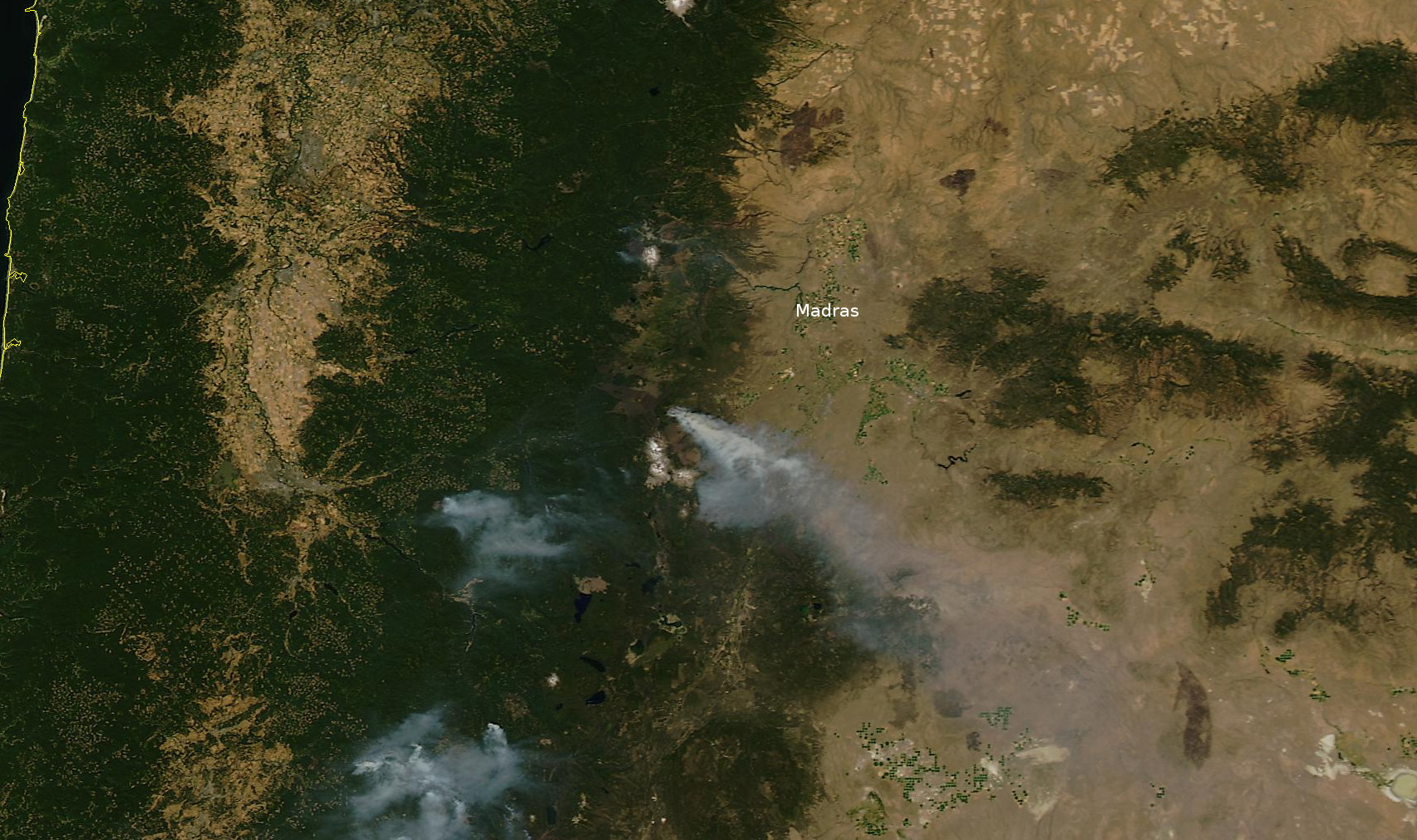 The bad news:  That fire is only 80km southwest of Madras, is completely uncontained, and only just received FEMA funding to begin controlling it.

The good news is the smoke is only thick very close to it, and winds are mostly blowing that smoke to the southeast.  The pattern seems to be that the winds blow it southward during the day, then they die out or shift north at just a couple m/s overnight, then shift south again in the morning.  I think it will be ok at Madras, but we'll want to keep an eye on it.  Perhaps the best resource is the Canadian smoke model here:

To all the rest who are going, I wish you the best of luck getting to totality and finding a good view!  Sorry to those who couldn't make it for this one.

by Spacer
enjoy all. keep your eyes safe! check your gear before using it! i read about lot of people that got blind in eclipes before.

I see that there are many reports already of traffic problems in Oregon.

by Spacer
eyes on the eclipse-NASA
choose a location and see how the eclipse will be seen from there!

by Watsisname
Posting from Hood River, Oregon, which will see 98.5% obscuration. So close! Gonna drive the rest of the way in tomorrow morning.

by HarbingerDawn
Today I drove to Tennessee from Connecticut, and already the traffic was formidable. Sunday and Monday are going to be apocalyptic. I'm spending the night in the path of totality, near where I plan to view the eclipse, though I'll be basing myself out of Chattanooga on Monday.

by DoctorOfSpace
Will be leaving in about 5 hours, so far traffic isn't a huge problem, it was Friday and Saturday, seems like a lot of people decided to leave early.  Weather reports coming in say mostly sunny for surrounding area, been scouting out some spots on street view, if all goes well will be there this time tomorrow.

Here is a clip of my setup from Snapchat

Have 2 other cameras and welding goggles with shade 14 lenses as well.

by Fireinthehole
I really envy you Americans (and non-Americans visiting the USA). I really look forward to seeing a live-stream of the eclipse, and of course all videos and photographs of the eclipse.

I really hope you guys get clear skies and wish you a great eclipse!

by PlutonianEmpire
The weather finally improved for tomorrow! Im looking forward to tomorrow! 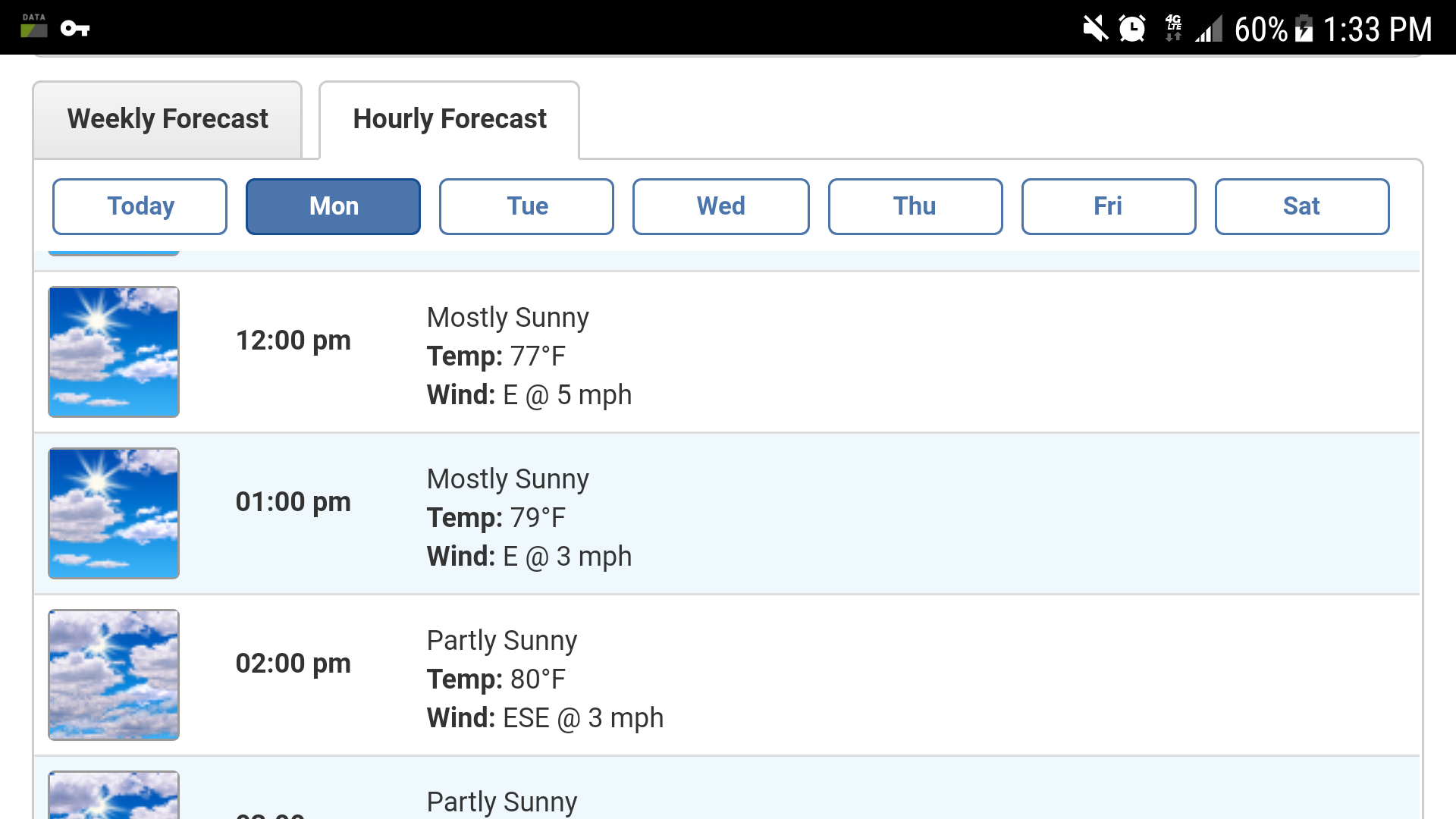